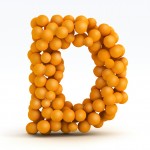 This week in The British Journal of Psychiatry, researchers in Norway have published results from their randomised controlled trial studying the effects of vitamin D on depressive symptoms in otherwise healthy adults.

The study, directed by Dr Marie Kjaergaard and a team of doctors out of the University Tromsø in Norway, found that vitamin D did not beat placebo in improving depressive symptoms in a population of people with low vitamin D levels.

The researchers studied the effects of 40,000 IU of vitamin D₃ per week for 6 months. They randomized 231 participants to either a placebo group or the vitamin D group. The participants had baseline vitamin D levels of 19 ng/ml. They also measured at baseline and 6 months:

In a post hoc analysis, the researchers found a statistically significant improvement in HADS score in the vitamin D group over placebo if the patients started with high scores of BDI, HADS and MADRS. On the other hand, placebo performed better than vitamin D in BDI and MADRS scores if the patients started with low BDI, HADS and MADRS scores. Given this discrepancy, the researchers could not ascertain any difference between vitamin D and placebo.

Past studies have found mixed results. These results include:

The authors note that the biggest limitation in their study was study length at 6 months in a disorder that may take several years to develop. They call for more research to definitively answer the question if vitamin D plays a role in depression. We also need a better understanding of how vitamin D affects the brain.