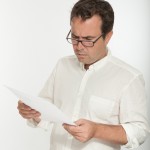 For mental health patients, quality of life (QoL) can include many things like self-esteem, autonomy, satisfaction with the care they’re receiving and the staff who are caring from them, reduced symptoms, minimal side-effects from treatment and good overall functioning.

Measuring QoL can pick up on difficulties a patient is having that wouldn’t have otherwise come to light, and reflects a holism of care that we all aspire to in mental health. Despite that, we don’t measure it enough in daily practice, probably because we’re too busy, not trained in it, or aren’t aware of how useful it might be.

Also, there isn’t all that much evidence: before the study that I’m blogging about today, only one previous RCT (Slade et al, 2006) had compared measuring QoL to treatment as usual. It was small, short and sadly didn’t find QoL assessment to be useful. So it was helpful that in June of this year the British Journal of Psychiatry published a randomised controlled trial performed by the French team of Boyer et al.

The team investigated whether assessing and feeding back QoL scores to the care teams of patients with schizophrenia could improve patient satisfaction. Quality of life means something different to each of us, but in the context of this study it was assessed across 8 dimensions: psychological wellbeing, self-esteem, family relationships, relationships with friends, resilience, physical wellbeing, autonomy and sentimental life.

This prospective, open-label, randomised controlled trial was conducted at a single site, a psychiatric day hospital in Marseille.

And the exclusion criteria were:

The primary evaluation criteria was:

The secondary evaluation criteria were: The statement “global satisfaction was significantly higher in the QoL feedback group compared with the standard psychiatric assessment and QoL assessment groups” is not correct.

The difference in global satisfaction between the QoL feedback group and QoL assessment group (29 vs 19 out of 40 participants were “very satisfied”) was certainly significant, but with a sample of this size, it would be surprising if the difference between standard psychiatric assessment and QoL feedback groups (29 vs. 27 out of 40, or 72.5% vs. 67.5% rated as “very satisfied”) was statistically significant – and indeed based on our own analysis, it was not.

In short, there was no difference between assessing and feeding back QoL, and standard psychiatric assessment.

In light of this, the conclusions the authors draw seem entirely misplaced:

Priority should be given to strategies to implement QoL measurements in routine practice, including providing systematic feedback for clinicians.

In addition to the statistical misrepresentation, the trial was relatively small, was of only 6 months duration, was open-label and was undertaken at just one centre (predisposing heavily to experimenter bias). The patients would have known what was going on and may have given satisfaction ratings accordingly (Hawthorne bias).

Also, they studied only mildly ill patients suffering from one form of illness and employed an unvalidated QoL measure analysed in a very dichotomous way (“very satisfied” or “unsatisfied to mildly satisfied”).

The trends noted in the secondary measures all have p values of over 0.22, so in my book that’s pushing it a bit too.

The one useful lesson this study can teach us can be found in the difference between the standard assessment and QoL assessment groups: assessing a patient’s QoL and doing nothing leads to far less satisfaction than if you never assessed it in the first place. That makes sense.

Measuring and sharing quality of life data for people with schizophrenia may be a useful thing to do, but this RCT does not provide reliable evidence for this intervention

The conclusions drawn in this study are at stark odds with the raw results given. Though utilising QoL measures may hold potential as a therapeutic endeavour, we will need better quality research before we can recommend them for people with schizophrenia.