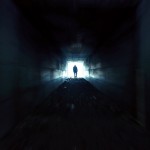 There is a lack of evidence regarding treatment programme outcomes for fire-setters with a learning disability, Curtis et al (2012). It has also been identified that adults with a mild learning disability can reliably report on the events, their feelings and thoughts prior to the act of fire-setting, Murphy & Clare (1996).

The aim of this study is to add to the literature on the individual lived experiences of men with a learning disability who fire set.

The subjects’ recall is given meaning through a process of ‘Interpretive Phenomenological Analysis’ (IPA). This identifies key themes that can help with the question of why people set fires. Answering this question aims to increase understanding by identifying the factors that contribute to firesetting and so help with treatment, reduce risk and facilitate safe discharge.

The authors cite the high cost of death, injury and property destruction in the UK, as an imperative behind the study. They link this to a reported higher comparative prevalence of firesetting by individuals with a learning disability (when compared to other groups).

The 7 male subjects with a learning disability of this study were detained under the Mental Health Act within a secure hospital. They had either completed or were undertaking a Fire Setters Treatment Programme (FSTP).

The key characteristics of subjects were; 5 had experienced early significant trauma, 6 exhibited other offending behaviours, all 7 either completed or were attending the FSTP and 4 had an extended history of firesetting .

The subjects’ ability to consent was key to the process of selection. All subjects volunteered to participate. Semi-structured interviews were used to prompt the 7 subjects to recall their experiences of setting fires.

The transcripts of subjects’ recall of their life experiences were powerful and emotive. This enables the authors to re-interpret these experiences into themes that are meaningful.

The importance of the first fire:

This was seen as important in understanding the context under which firesetting started. The subjects’ narrative of events described the context of enduring distress and abuse. Firesetting was essentially an act to communicate this and escape the distress.

Subjects recall how firesetting became an effective coping strategy that offered protection, and was likely to be repeated in future when they felt unsafe.

For one subject fire was a source of positive emotion of ‘excitement’ that helped counter feelings of distress, in effect working as an emotional reinforcer.

Firesetting to escape distress:
This theme brings together subjects’ recall of the context under which repeated acts of firesetting occurred. The interpreted ‘reasons’ relate to escaping negative emotions, alongside other risky coping strategies that included substance misuse.

These were accompanied by feelings of isolation, desperation and of being suicidal. Feeling unable to influence events in their lives, led to thoughts that life was unfair and for one subject ‘revenge’ appeared as a likely motive.

Most subjects described feeling angry and frustrated at being ignored and powerless in being able to influence their negative situations.

Firesetting enables positive emotional experiences:
This theme describes how subjects’ recollections of firesetting have been positive for them. Positive in terms of helping subjects exercise control, alleviate distress and have positive sensory experiences that reinforce the act of fire-setting.

Firesetting to communicate with services:
This theme collates an overarching interpretation of subjects’ recollections of firesetting; namely to communicate. Be it to communicate vulnerability, loneliness, the need to escape these feelings or to receive support and gain a ‘service response’ e.g. to change place of residence.

The theme also encompasses how reliant subjects state they were on firesetting as a coping strategy.

The Firesetting Treatment Programme:
Given that all subjects were engaged in the FSTP, it is not surprising that this was a common theme in 6 recalled transcript reflections.

Summaries of recollections reflect that subjects’ awareness of the risks and dangers of firesetting increased on completion of the FSTP. This was linked to an increased awareness of negative consequences for others, suggesting this may prevent relapse. The FSTP was seen as ‘helpful and supportive’ to subjects, interpreted as relating to a ‘therapeutic alliance’.

The main finding identified that firesetting served the purpose of enabling subjects to escape from abuse and distress,. This was particularly relevant given the subjects limited ability to exert control over their lives. The positive sensory stimulation experienced from firesetting was also linked to a need to escape and to have some control.

The subjects’ level of learning disability is linked to their lacking confidence in dealing with conflict, which in turn adds to their feeling of being powerless. The Subjects’ avoidance of conflict also meant they were less able to talk about their feelings and were reliant on an ‘external locus of control’ (The actions of others).

The subjects’ recall indicated positive feelings towards the FSTP in terms of a developing a therapeutic alliance to increase understanding of how dangerous fire is and a consequent reduction in the expressed intent to set fires in future. 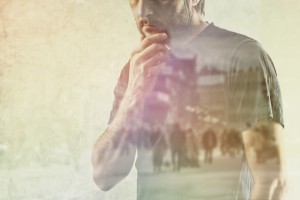 Transcripts of subjects’ recall of life experiences were powerful and emotive, describing feeling angry and frustrated at being ignored and powerless

Interpretive Phenomenological Analysis is a subjective process that acts within the spirit of self-advocacy, by recording events from their viewpoint, it gives participants a voice. It is primarily an interpretive approach, where common themes from subjects’ experiences are grouped into ‘super-ordinate themes’.

The similarity of themes gives credence to the validity of then interpreting meaning from those themes. It can be argued that only by understanding meanings can we influence lifestyles and decisions.

IPA is increasingly being used in research involving people with a learning disability, particularly in subjective areas of study; for example, self-concept, bereavement and friendship and the experiences of staff.

Three previous studies referenced in this study reported on ‘antecedents’ to firesetting; anxiety, boredom, anger, not being listened to, hallucinations, a limited ability to effect social change, avoidance of conflict and the effects of early life experience. These studies did not report on the detail of personal experiences and so did not include the individual meaning attributed to the act of firesetting.

As this study helps increase the understanding behind why subjects set fire and continue to do so, I find it to be valid at two levels. 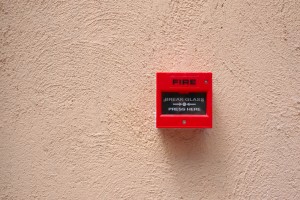 Individual narratives serve as important and valid recollections about the meaning of firesetting for each subject. The thematic interpretation of the 7 subjects recall offers context and meaning to their experiences. In so doing, this study serves to help direct clinical interventions.

Subjects were volunteers, but detained in secure units. Important questions to consider include:

Might there have been undue influence to participate in this study, given that attendance at treatment was mandatory?

The validity of responses was not questioned given the often reported effects of acquiescence and suggestibility in the learning disabled population, e.g. in Bowden et al 2011.

The 7 subjects had  completed other forms of treatment. The effects of this treatment on recall may not have been fully considered and it is not known if recall was checked for accuracy against previous records of the details for previous offences?

This study identified common themes between subjects, in what fire-setting means to them. Through IPA; subjects ‘lived experiences’ were interpreted and given meaning.

In my opinion, improved meaning helps practitioners ensure that risk assessments and management plans are focused on ‘real-life’ factors.

When factors that contribute to further fire-setting are better understood, the effectiveness of treatment strategies improve. This should help aid in the safer resettlement of offenders, into the community.