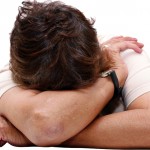 Adult safeguarding in Scotland is subject to legislation passed in 2007, known as the adult Support and Protection Act it gives social workers the right to enter any place if part of adult protection inquiries and, if they get approval from the court, it also allows them to someone at risk for assessment and ban alleged perpetrators from any specified place for up to six months.

These are potentially far reaching powers and so far, the English government has not given social workers working in adult social care the same powers to entry. The author of this paper was interested in looking at the impact of the legislation in Scotland, but in particular the high proportion of adult protection referrals that resulted in “No Further Action” (NFA) decisions. Essentially, these are referrals not leading to a full adult protection investigation.

What the researcher in this study did was to review police referral data and referral reports from 15 areas in Scotland using case files, national reports, and Freedom of Information requests as data sources.

The researcher also conducted interviews with key personnel and looked at the screening criteria for referral, the main contributory factors in referral, and the reasons given for NFA decisions being made.

What was found was that more than 40% of adult protection referrals made by the police to adult protection teams resulted in NFA decisions. There were variations made in the interpretation of the threshold criteria and that a perception of over-reporting was held.

underreporting may have detrimental implications for adults with learning disabilities

They recommend the collection of more robust data to determine how effectively different systems are protecting adults who are most at risk.

Interestingly, Scotland is the only country that has this adult protection legislation at the moment, and there have been calls for the increased powers of entry afforded to social workers to be offered to those in England as well.

When the legislation was introduced in Scotland, it was suggested that the increased powers would offer more protection to adults at risk than is currently the case in other countries in the UK.

The legislation also provides a clear multi-agency framework and recent commentaries on the experience of workers in Scotland have suggested that this is a major advantage for practice as other agencies have a duty to cooperate with social services’ adult safeguarding inquiries.

However, the legislation appears to offer a formal role to social workers in adult protection issues but means that the issues around the balance between the rights of the individual to make lifestyle choices and the duty of social services to protect continues to be thrown into sharp relief.

The current paper looked at 15 areas in Scotland, but only over a three month period, so it would be good to see this period extended to iron out any seasonal or short term confounding factors. However, given this, it does seem to suggest that despite the legislative powers and the duty to cooperate, there still exists a perception of over-reporting and a high proportion of no further action outcomes.