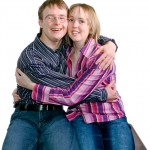 People with learning disabilities may face a number of challenges in the area of sexuality, including lack of access to information, fewer sexual experiences, negative attitudes and more experience of sexual abuse.

To begin to address some of these issues, a number of sex education programmes have been developed by professionals. This study from the Netherlands set out to look at the development of a number of such programmes and using an intervention mapping approach, look at their impact.

Intervention Mapping is a systematic approach used to describe the process of programme development in six steps:

The researchers interviewed eleven developers of five programmes, using a questionnaire developed from the 6 step intervention mapping process. In addition to the initial interviews, the transcripts were sent to interviewees to ensure they were happy with the content and add any additional comments or responses.

On the basis of the findings, the researchers divided step one (needs assessment) and step three (methods and applications) into two, giving eight areas for results.

What they found was:

Whilst developers of the programmes had clearly spent a good deal of time and energy in developing their approaches and were committed to achieving outcomes, the authors suggest that the lack of a clear theoretical framework, measurable outcomes and early involvement of local implementers and decision makers mean that they were unlikely to be effective.

They also state that they “found it remarkable that problems, such as people with intellectual disabilities having fewer sexual experiences, having negative attitudes towards sexual activities and having experiences of sexual abuse, were not as frequently mentioned as was to be expected.”

They recommend that future programmes are theory and evidence – based rather than only practice based and involve target groups and programme implementers at an early stage.  They also recommend early development of an evaluation based on clearly measurable outcomes and assessment of the intervention programmes by independent professionals

The authors point out some limitations of the approach. Clearly, the findings are based on an analysis of responses to interview rather than evaluation of the outcomes of the programmes themselves, although the developers were given opportunities to comment on transcripts and add anything important they may have forgotten to mention.  They also point out that the intervention mapping framework itself also has limitations.

This study applies to programmes developed in the Netherlands, but the lack of theoretical frameworks for influencing behaviour, clearly stated objectives, measurable outcomes or evaluation strategies is clearly concerning.
Exploring the Development of Existing Sex Education Programmes for People with Intellectual Disabilities: An Intervention Mapping Approach, Schaafsma D et al., in Journal of Applied Research in Intellectual Disabilities 2013, 26, 157–166