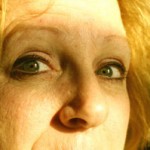 These findings were strengthened by work a couple of years later in a U.S. study by Schupf et al., which found that the age-adjusted likelihood of menopause was twice as high in women with DS syndrome as in women with other learning disability which they suggested may be associated with accelerated aging.

The authors of this study in Taiwan however were interested in how women with learning disability cope with life transitions such as the menopause. The authors used a mixed methods approach, carrying out a survey and a series of in-depth interviews to look at attitudes towards and experiences of menopause among women learning disabilities and their family carers in a Taiwanese city.

Results of their survey found that the way carers perceived levels of menopausal symptoms in their female family members with learning disabilities was affected by their own attitudes toward menopause. Other significant factors associated with carer attitudes to the menopause were carer age and level of education.

They conclude that little attention has been paid to menopausal transition experiences or the wellbeing of women with learning disabilities throughout this process and that carers own experiences were powerful shapers of their responses.

Menopause experiences and attitudes in women with intellectual disability and in their family carers, Yueh-Ching Chou et al., in Journal of Intellectual and Developmental Disability, 38, 2 , 114-123