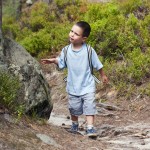 Sometimes, while strolling through woodlands for example, I become overwhelmed by questions such as “what exactly is mental disorder?”

In the dark hours of sleepless nights however a darker question occurs: “Is it hubristic to believe that the complex experience of mental phenomena and distress can be affected by chemical substances and talking therapies?”

Occasionally research articles are published that suggest I am not alone in experiencing this form of existential angst. One such article has just been published in JAMA Psychiatry (Huhn et al 2014) looking at the efficacy of pharmacological and psychological treatments in the treatment of mental disorder.

The following analyses were undertaken:

The authors emphasise that this should be viewed as exploratory research and not a confirmatory direct comparison between methods. What overwhelming questions come to you when you’re wandering through the woodland?

Pharmacotherapy or psychotherapy vs placebo or no treatment Overall a moderate effect size was found for therapies

A trend was observed favouring combination of therapies, this became significant in the case of:

The following differences were observed in terms of trial methodology (statistically significant differences only described): Analysis of impact of methodological quality

Few meaningful subgroup comparisons could be made to assess the impact of methodology on findings. However in psychotherapy trials studies with contemporaneous controls (placebo, treatment as usual etc) vs waiting list controls produced effect sizes favouring waiting list control studies mean effect size 0.46 vs 0.86 (statistically significant difference). Contemporaneous control conditions were used in only 60% of the psychotherapy trials compared with 100% of the pharmacological trials.

Many pharmacotherapies and psychotherapies are effective, but there is a lot of room for improvement. Because of the multiple differences in the methods used in pharmacotherapy and psychotherapy trials, indirect comparisons of their effect sizes compared with placebo or no treatment are problematic. Well-designed direct comparisons, which are scarce, need public funding. Because patients often benefit from both forms of therapy, research should also focus on how both modalities can be best combined to maximise synergy rather than debate the use of one treatment over the other.

This study uses robust methods to offer an exploratory appraisal of the literature assessing efficacy in pharmacotherapy and psychotherapy for the treatment of a range of mental disorders. The authors clearly state that limited conclusions can be drawn in terms of direct comparisons between treatment types; instead suggesting that this work be used to illustrate gaps in the research literature that urgently require investigation.

So is it hubristic to believe that psychological and pharmacological treatments can affect the experience of mental distress? The average treatment effect size in this study (0.50) can be described as a “moderate effect size” (Cohen 1988). The authors cite their earlier work comparing this effect size with that seen in the treatment of “physical” disorders of 0.45 (Leucht 2012), suggesting perhaps that the treatment of mental disorder is no more hubristic than any other medical practice? The interpretation of effect sizes presented as standardised mean differences, as in this paper, can be difficult however – Cohen’s interpretations are commonly used, but they are just rules of thumb. An alternative could be the use of natural units, for example the clinical global improvement scale (Furakawa 2014) and this could be something that future meta-analyses consider reporting?

The most important finding from this study however appears to be the differences in methodology between psychotherapy and pharmacotherapy trials with suggestion of influence on the outcomes from clinical trials. For example, the comparison of active treatment vs waiting list control in this paper suggested the existence of a nocebo effect – that when placed on a waiting list participants may “wait” before getting better – this effect has been described recently in other systematic reviews (Furukawa et al 2014), which have been covered here on the Mental Elf.

Finally the authors highlight the scarcity of research assessing the role of combined pharmacological and psychological therapies – more research needed.

Standardisation of methods, declaration of researcher bias, clear reporting of outcomes;  some more themes that seem to becoming leitmotifs for my existential ramblings on woodland strolls. Furukawa, T. A. (2014). How can we make the results of trials and their meta-analyses using continuous outcomes clinically interpretable? Acta Psychiatrica Scandinavica. doi:10.1111/acps.12278 [PubMed abstract]