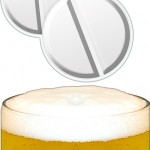 We have posted previously about substance abuse in people with learning disabilities. A study in the Netherlands found estimates of the occurrence of substance use varied greatly, but that alcohol was reported to be used most often, even though this was at lower rates than reported in the general population. We also identified a study in a learning disability forensic service which found nearly half of patients in their sample had co-morbid harmful use or dependence with alcohol and cannabis being commonest drugs being used.

The authors of this U.S. review  suggest that people with learning disabilities in the U.S. “suffer disproportionately from substance use problems, largely because of a lack of empirical evidence to inform prevention and treatment efforts for them.”

They conclude that substance abusers with learning disabilities are less likely to receive treatment or remain in treatment than those with disabilities and that more research is needed to come to a better understanding of the prevalence of substance use problems and to develop prevention strategies, and treatment approaches that can meet the needs of this group.

Last reply was December 5, 2012
Try out our members features!