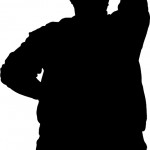 Pica refers to eating objects which are inedible. In people with learning disabilities this may manifest itself as ingesting specific objects, or it may be indiscriminate. The Challenging Behaviour Foundation has produced a factsheet with further information. This review set out to look at the existing literature on treatment of pica. The author uses the criteria for empirically supported treatments described by the clinical psychology and schools psychology divisions of the American Psychological Association,   which they adapted to take account of studies employing single-case designs Thirty-four treatment studies were identified, 25 of which were well designed and reported at least an 80% reduction in pica. The author concludes that the results indicate behavioural treatments, and particularly those involving the combination of reinforcement and response reduction procedures appeared to be effective and could therefore be designated well-established treatments for pica. Identifying empirically supported treatments for pica in individuals with intellectual disabilities, Hagopian L, in Research in Developmental Disabilities, 32, 6, 2114-2120