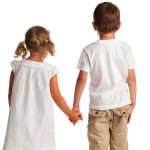 In Australia, the overwhelming volume and distressing nature of evidence being currently heard by the Royal Commission into Institutional Responses to Child Sexual Abuse serves to remind us of the importance of working harder as a community to prevent such abuse and to support its survivors.

Regrettably, similar investigations and reports have highlighted patterns of entrenched abuse in many other countries around the world.

For those working with and supporting some of the most vulnerable members of society, including people with learning disabilities, it is important to understand the extent and nature of such abuse and form a base of evidence from which to design future prevention strategies. 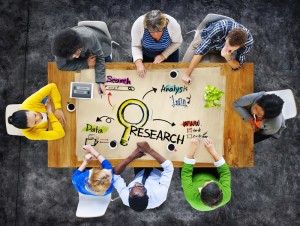 Wissink and her Dutch colleagues have reviewed the literature on sexual abuse involving children with intellectual or learning disabilities.

In their search, they identified thirteen studies which focused on children with learning disabilities. These were recent and original empirical studies and investigated sexual abuse rather than other forms of abuse.

The authors then examined and compared the thirteen studies in order to make some observations about the extent and nature of the sexual abuse and the institutional reactions to that abuse.

Although Wissink et al (2015) found that the authors of the thirteen studies did not agree on the prevalence rates of the sexual abuse of children with learning disabilities, they write that it was ‘evident’ from the studies that

The authors wanted to know why this was the case and highlighted multiple factors including social isolation, dependence on care and critically, a lack of education and information which led to and reinforced the vulnerability of children with learning disabilities to sexual abuse.

One study by Briggs (2006) found that boys were less knowledgeable than girls about a range of issues relating to sexual activity, particularly around consent, and were as a result at high risk of being victims and/or becoming perpetrators of sexual abuse. Briggs (2006) also observed that children with learning disabilities were far less likely than other children to have had conversations with their parents or other caregivers about personal safety issues including sexual abuse.

Although the sample sizes in each of the studies were small, Wissink et al (2015) note that Balogh et al’s (2001) study specifically addressed the question of the age of children with learning disabilities who had been sexually abused, stating that the highest percentage of victims were between the ages of thirteen and eighteen, and that most of those were girls.

Emerging from the studies were some observations about the perpetrators of abuse.

At least four of the thirteen studies concluded that a significant number of perpetrators were within the immediate family of the sexually abused child.

The authors note the problem of identifying the characteristics of perpetrators of sexual abuse against children with learning disabilities by other children with learning disabilities. They observe that the behaviour of such perpetrators may be described as being about powerlessness; they may be reacting to their own experiences of abuse by seeking to control, bully or abuse other children.

The studies focused on the difficulties facing many children who have experienced abuse in reporting that abuse.

There was general agreement that there was massive under-reporting of the sexual abuse of children with learning disabilities. There were difficulties in relation to the reporting processes in many jurisdictions, limiting opportunities for people to report and making reporting inaccessible for those with more severe learning disabilities.

Balogh et al (2001) observed that it is rare for there to be a conviction of a person who has sexually abused a child with a learning disability. Too many reports are ‘settled’ administratively rather than judicially, leaving victims without proper redress. There is a lack of effective training for professionals such as social workers, psychologists and police officers in receiving and responding to reports by children with learning disabilities of sexual abuse. Across the studies, Wissink et al (2015) observe that the there is a lack of policy to change institutional culture, to make reporting accessible and identify key figures with responsibility to address prevention. 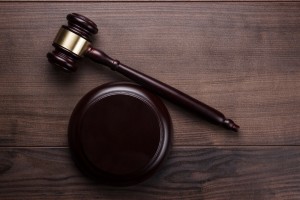 Too many reports of sexual abuse were ‘settled’ administratively rather than judicially, leaving victims without proper redress.

Wissink and her colleagues acknowledge that across the thirteen studies they examined, differences in definitions of learning disability, definitions of sexual abuse and a wide range of differing (largely qualitative) methods employed make comparing the results extremely difficult. That there is no consensus on the rates of prevalence of sexual abuse of children with learning disabilities is a further example of a limitation on drawing conclusions from Wissink et al’s (2015) narrative review.

Some of these details are research problems but it is important to remember the context in which they exist. It seems clear that there continues to be a failure to protect vulnerable children and to put in place strategies which work to support their empowerment through the provision of targeted education and information.

Improved reporting processes and training in the recognition of signs of abuse are key areas identified by the authors as being essential to changing some of the poor practices prevalent in many jurisdictions.

It seems surprising that given the heightened public awareness of sexual abuse in recent years in Australia and in the UK, that there has not been more research in this area. Wissenk et al’s (2015) narrative review of the current literature reveals the need for what they describe as more ‘solid and large-scale’ research which can assist with defining and measuring the sexual abuse of children with learning disabilities. This would be quantitative research.

Also needed are qualitative studies which listen to the experiences of children and seek to understand how abuse happens and how to design effective strategies to prevent it. A clearer picture should enable us to do much better in both the areas of abuse prevention and in supporting those who are survivors of abuse. 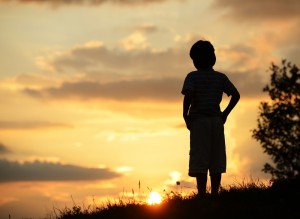 We need qualitative studies which listen to the experiences of children; seek to understand how abuse happens and how to design effective strategies to prevent it