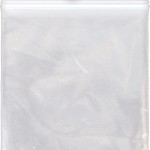 Last week we posted about a study in the Netherlands which called for more cross sector collaboration to tackle the issue of substance misuse , but there is little in the literature about possible links between the prevalence of substance abuse and links to offending behaviour among people with learning disabilities. The authors of this study set out to identify possible links.

They carried out a baseline audit to identify the prevalence of alcohol and substance misuse in patients within a forensic learning disability service. In addition, they describe the introduction of a Drug and Alcohol Awareness Course. Seventy-four patients were included in the audit.

They found that nearly half of patients had co-morbid harmful use or dependence. The problem was found to equally prevalent in men and women. Alcohol and cannabis were the commonest drugs being used, of but they found a small number of people were also using cocaine, stimulants and opiates. Whilst the number of people involved was small, the authors suggest it was also significant.
35% of those described as having harmful use or dependence had used the drug in the run up to their index offence. They also found that a diagnosis of personality disorder and a past history of convictions for violent offences was likely to be present in this group with harmful use or dependence.

The authors conclude that this high prevalence of substance abuse is an important risk factor in potentially determining treatment outcomes. They recommend that forensic learning disability services should implement substance abuse treatment programmes.

Substance misuse among offenders in a forensic intellectual disability service, Plant A et al., in Journal of Learning Disabilities and Offending Behaviour, 2, 3, 127-135