Sexuality is a core aspect of human experience, but for many people with learning disabilities, there continues to be considerable confusion about sexuality and significant gaps in their knowledge

Opportunities for people to participate in relationships and education about sexuality can be affected by attitudes and perceptions of family carers, support workers and professional staff.

Whilst there has been greater awareness of sexuality as a central part of personal identity of people with learning disabilities, this has not as yet manifested itself in less restrictive or prohibitive attitudes in organisations.  However, studies have shown that small practical steps can offer a way to reach consensus and ensure better practice and provision of training.

The authors of this study were interested in looking at how young people, from adolescence through to young adulthood, gain sexual understanding and adjust to their sexuality. Published studies have shown that adolescents with learning disabilities have low levels of sexual knowledge and some have held more negative attitudes toward sex.

What they did was to work with sixty people from the west of Scotland, aged between 16 and 21, all of whom were living in the family home.  The young people with learning disabilities who took part in the study ranged from the moderate to borderline level of cognitive ability.

They carried out structured interviews using the Sexuality Knowledge, Experience and Needs Scale, and the socio-sexual knowledge and attitudes test (SSKAT) and Assessment of Sexual Knowledge

The researchers recorded responses verbatim and open-ended questions in the questionnaires were scored according to set criteria.  They asked participants to justify their answers to closed questions and this allowed content analysis of the nature of their misunderstandings.

Participants were given a pre-determined list of potential sources of information and asked to indicate whether or not they received support from them, including:

One of the aspects of this study was to look at the support young people drew from social networks.

As young people may have found sexuality a difficult topic the researchers piloted the materials extensively to ensure they were understandable, relevant and engaging and gave a lot of thought to ways in which they could support the young people to talk in confidence, supporting them to talk about what they knew, rather than to expose any gaps in their knowledge. 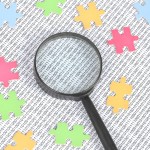 When they looked at the responses to open-ended questions they found misunderstandings relating to sexual intercourse, contraception and the spread of sexually transmitted infections commonly expressed by the young people with learning disabilities but it was also the case that  many of the non-disabled young people also had misunderstandings about contraception and the spread of the HIV virus.

On considering the sources of information people reported they used, they found that those in the non-disabled group reported using more sources for sexual information than those with learning disabilities

They also said they spoke more often with friends and family about sexual health than those with learning disabilities. .

For those with learning disabilities the family was said to play a more supportive role than friends.

This is an interesting exploration of the level of understanding of a key aspect of human development amongst young people with learning disabilities. The authors have approached the subject with a good deal of considered thought and made substantial efforts to make the young people involved feel at ease and able to discuss what is a sensitive subject.

The sample size is quite small and the authors mention this in their on discussion of the limitations of the study, pointing out that as a result, the findings need to be treated with some caution.

However, there are interesting findings that should help people consider the implications for their practice, for example – gender differences between the two groups. In the group without disabilities the young women were more knowledgeable whereas it was the young men with learning disabilities who were more knowledgeable than the women, which they suggest contradicts previous views about the social impact of gender being overshadowed by disability.  For young women with learning disabilities of course, such lack of knowledge may in fact make them more, rather than less, vulnerable.

The authors suggest that being in a dependent ‘child-like’ role may make it more difficult for young people to talk to parents about sexual matters, just as parents may find it difficult to raise the subject with their children, with the resulting silence reinforcing the notion of the taboo topic.

The analysis of responses showed that there were a number of misconceptions and misunderstandings amongst the young people with learning disabilities. It was also interesting that unlike their non-disabled peers, few had sought advice or information from their general practitioners.

The authors point out that the study groups were small in size and so the findings need to be treated with some caution. They also point out that sexuality is a sensitive subject and that there were a number of difficulties they faced in developing an approach that was pitched at a level that was meaningful for both those with and without learning disabilities, and suggest that there could be useful further work to develop questionnaires that are sensitive and robust.

In terms of the implications for practice, the findings would seem to suggest a need to consider the information needs of young women with learning disabilities and to consider ways to work with families around ways to broach the topic. Given the findings about the few times that GPs were approached, there may also be something about how this professional group can be supported to be more proactive about discussing sexual matters with young people learning disabilities.

They point out that a consequence of failing to respond to sexuality in people with learning disabilities means that a state of asexuality can become a self-fulfilling prophecy, with all the associated emotional costs for those involved.

They state that for people with learning disabilities, “sexuality tends to receive scant attention until it becomes a problem for someone else” and they call for a more positive emphasis on the development of sexual understanding and opportunities for sexual expression.

Sexual understanding, sources of information and social networks; the reports of young people with intellectual disabilities and their non-disabled peers, Jahoda A & Pownall J, in Journal of Intellectual Disability Research, 58, 5, 430-41