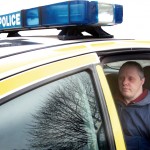 The authors of this study look at the way the criminal justice system responds to people with learning disabilities by focusing on the first response to people suspected of a minor offence. They argue that at this early stage, the decisions of all the key players have a significant impact on the journey of the person with disabilities through the system.

The authors set out to document criteria used by the police and crown attorneys which influenced the way people with learning disabilities moved on through the system and to suggest improvements that might lead to better support for such individuals throughout the judicial process.

The authors carried out 14 semi-structured interviews with key people in the Criminal Justice System and service providers and community organisations that supported people with learning disabilities. They suggest the results show that there are criteria implicit in the decisions taken in those initial stages that influence subsequent judicial procedures against people with learning disabilities.

The first critical steps through the criminal justice system for persons with intellectual disabilities, Mercier, C. and Crocker, A. G. in British Journal of Learning Disabilities, 39: 130–138.