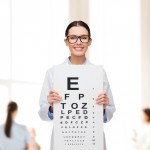 For example, it is well recognised that individuals who have sustained an anterior cruciate ligament (ACL) injury have reduced proprioceptive input around the knee (Ingersoll et al, 2008). Consequently, it is logical to suggest that they will compensate through their vestibular and visual systems. Of all the senses, it is thought that the visual system is the most important for planning and performing movement.

This article set out to systematically review the current evidence investigating the role of vision on knee biomechanics during various functional tasks such as drop landing; squatting; cutting movements and hopping.

Articles typically compared healthy participants with those who had an ACL reconstruction or deficiency with no visual impairment. Visual conditions included: eyes open; occluded using blindfold or blacked out glasses; or blurred using altered lenses.

Following a comprehensive search 185 articles were retrieved of which 6 studies were included. There was a wide range of study populations; functional tasks and method of visual obstruction. None of the studies reported power calculations to justify sample size.

Outcomes measured varied and conflicted but overall, movement strategies did not change with altered vision. Certain tasks such as stepping down or hopping were described as ‘more cautious’ with no vision but actual knee mechanics did not alter. The authors summarised that

They suggested that it would be useful to develop a clinical tool to assess an individual’s motor control strategy e.g. whether they are biased towards proprioceptive or visual feedback.

The findings of this review indicate equivocal evidence about the effect of vision on knee biomechanics in individuals with healthy and compromised somatosensory function post an ACL reconstruction or injury. 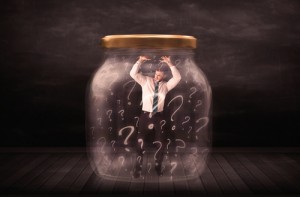 The small number of articles with such varied methodology makes it very difficult to make any conclusions on the role of vision on knee biomechanics.

This review certainly raises a number of questions around how we learn to move, the role of vision and ACL injury. However, the small number of articles with such varied methodology makes it very difficult to make any conclusions regarding the role of vision on knee biomechanics during functional activities. Although the proprioceptive feedback differed between subject groups, there was no real difference in movement strategies with or without vision. This could be attributed to the fact that both groups shared a lifetime experience of performing movement with vision and therefore had learned to move in a certain manner, which was then unaffected by altering their vision during experimental conditions.

When planning rehabilitation programmes clinicians should consider the inclusion of visual challenges in addition to the more common place balance exercises.