Home » Posts » Populations and settings » service user involvement » The struggle is real: involving patients and the public in doctoral research 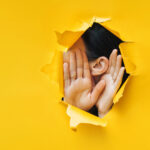 The role of the ‘patient’ in health and social care research has been advocated for over twenty years (Goodare & Smith, 1995). INVOLVE define patient and public involvement (PPI) as “doing research ‘with’ or ‘by’ people who use services rather than ‘to’, ‘about’ or ‘for’ them.” (Hanley et al., 2004).

There are three main arguments for involving people with lived experience in the research cycle:

The present paper (Coupe & Mathieson, 2020) therefore aims to present patient and public involvement approaches taken in two doctoral studies and outlines how this impacted the processes and outcomes. The paper also suggests how future doctoral researchers can meaningfully involve patients and the public with limited resources. 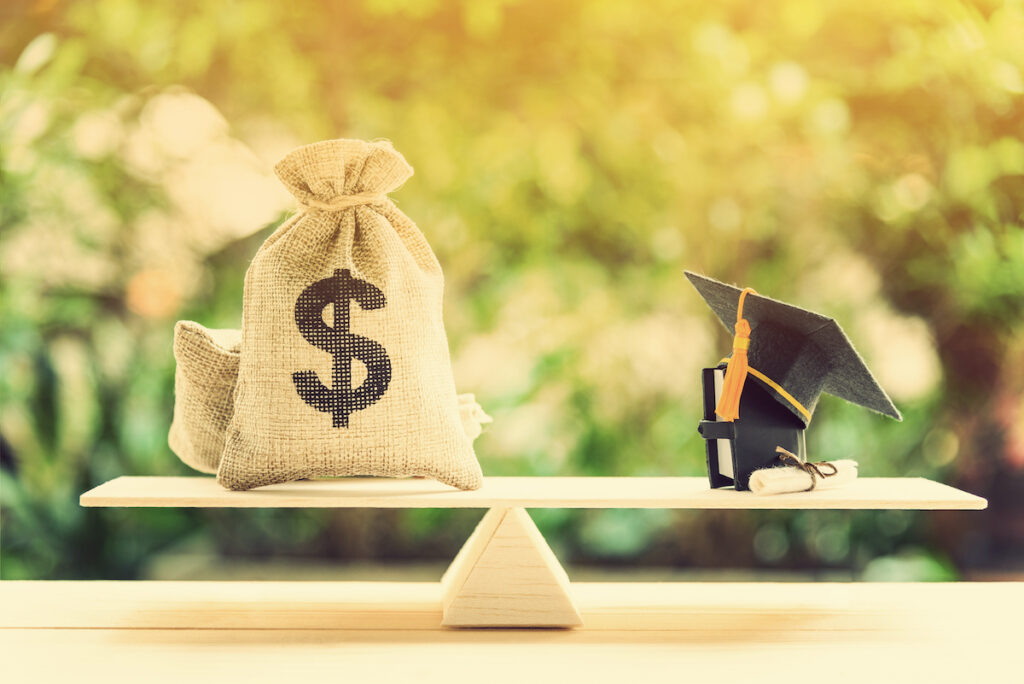 Doctoral researchers may struggle to involve patients and the public meaningfully in their research due to limited time and funding.

The goals of PPI, which aimed to design an intervention to improve outcomes of overweight adults were to:

To meet the first two of these aims, one contributor was contacted at various points throughout the doctoral research study and asked to provide electronic (e-mail, telephone) feedback on documents such as protocols and topic guides. To meet the third aim, a meeting was held with a service user group and separately with a staff group to gather feedback on the first draft of the intervention booklet. Each group was asked to give informal feedback, with researchers using open prompts relating to usability and suggestions for improvements.

The aims of PPI in study two, which aimed to explore an evidence-based intervention for family carers, were to:

The authors identify a range of impacts that PPI had on the researcher, the contributors and the research itself.

First, the researchers felt they had gained skills and confidence; organising and leading PPI meetings and making changes following feedback was perceived to increase skills in organisation, communication, partnership building and use of lay language. They also valued the opportunity to gain insights from a carer perspective, which would not have been possible from supervisors or academic resources.

Second, contributors all evaluated their experiences positively with the majority stating they would be happy to be involved again. Contributors felt there were no barriers to being involved, and that they had a new appreciation of the work involved in research.

Third, the authors report improvements to the research process as a result of PPI. For instance, research documents were improved in terms of readability, topic guides were made more sensitive and the layout and content of intervention booklets was improved in terms of usability and appeal. Contributors also offered potential solutions when faced with recruitment issues and offered alternative explanations to themes identified in qualitative data.

The authors also highlight some challenges encountered in their pursuit of PPI: 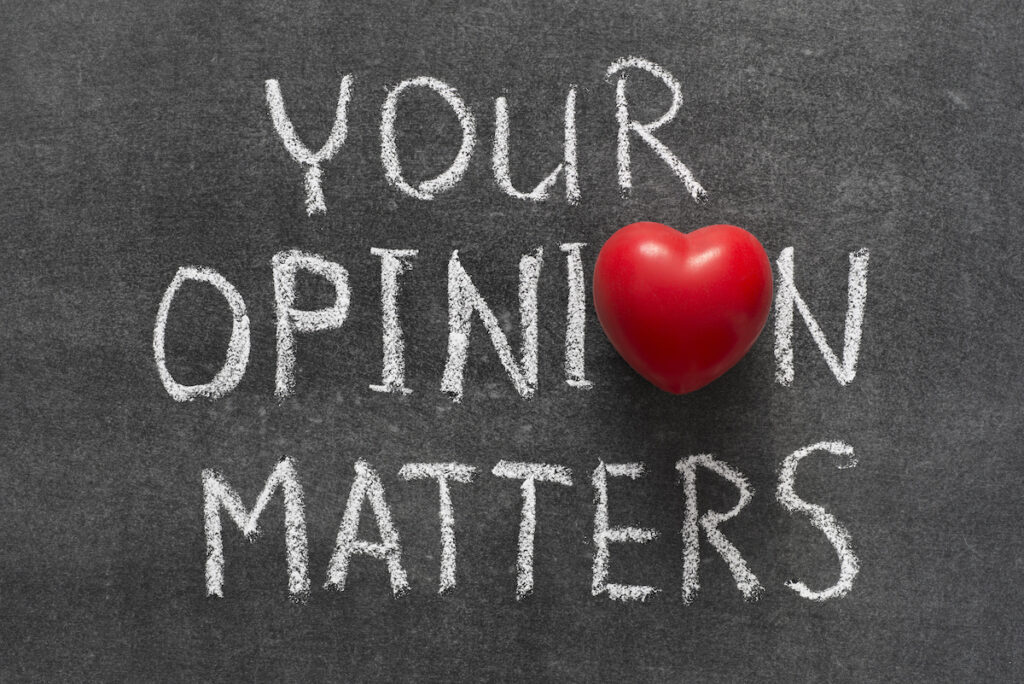 Patient and public involvement led to positive outcomes for the researchers, the contributors and the research itself, though some challenges were identified.

The authors conclude that it was possible to conduct PPI at a meaningful level with limited time and funding during doctoral research. They argue that to ensure that doctoral researchers are sufficiently experienced and qualified to become the next wave of leading researchers, it’s essential that PPI is an integral part of doctoral training.

In my own experience of trying to involve people with lived experience of being in prison during my doctoral research, a lot of what the authors report resonates with me. Particularly, I am struck by the sentiment that PPI felt ‘student-led’. My institution offers several training courses on PPI and is generally encouraging, but I still feel that I have had to ‘lead’ on PPI, and indeed sometimes fight for it to be an integral part of my PhD. This echoes the need for a cultural shift amongst institutions and funding bodies; to make PPI an integral part of doctoral research. This, of course, needs to be achieved through making more funding available for doctoral researchers to be able to meaningfully involve patients and the public in their research. 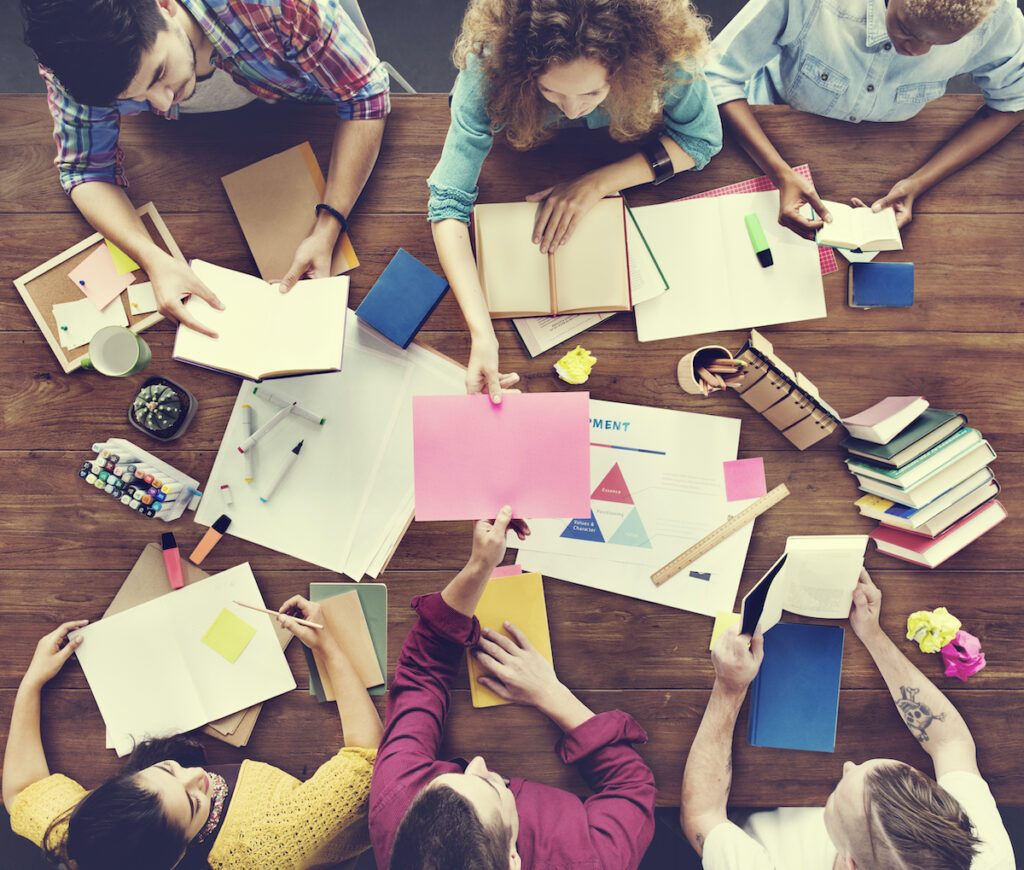 Institutions and funders should ensure that patient and public involvement is an integral part of doctoral research and should provide funding so this can happen.

As acknowledged by the authors, both had access to a considerable set of resources to assist with PPI in their projects, such as access to training, funding and a pre-existing PPI panel based at their institution. Though welcomed, it is my understanding that this support is not the norm for doctoral researchers wishing to undertake PPI, and so it would be good to hear about the experiences of other doctoral researchers who may have differing perspectives and advice on how to conduct PPI. 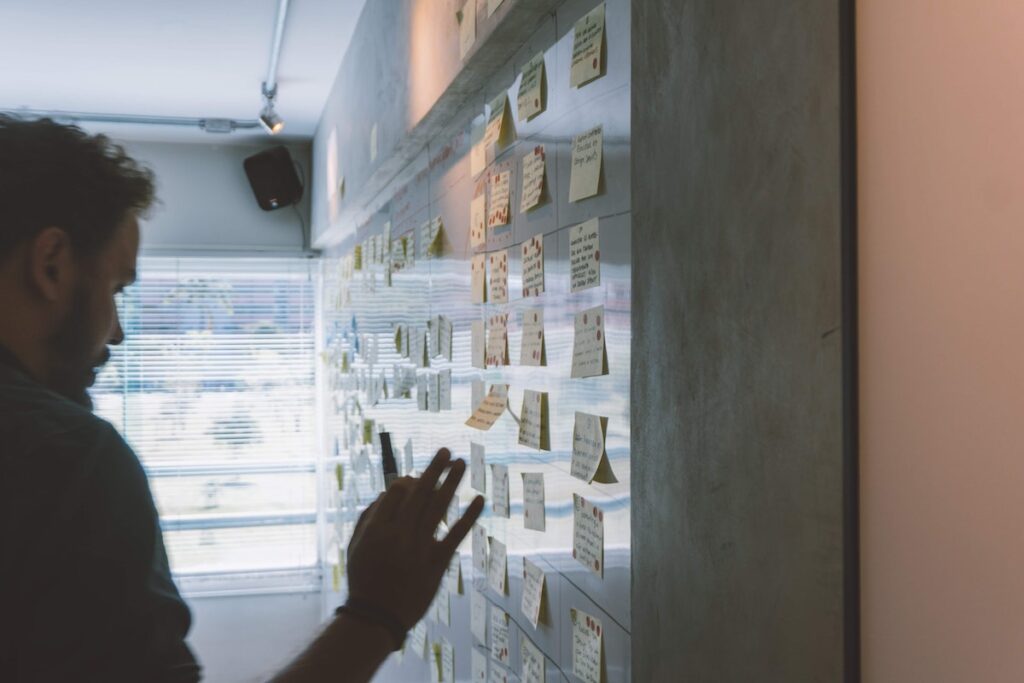 It would be good to hear from other doctoral researchers about their experiences of involving patients and the public in research.

The authors make several recommendations for doctoral researchers who want to meaningfully involve patients and the public in their research: 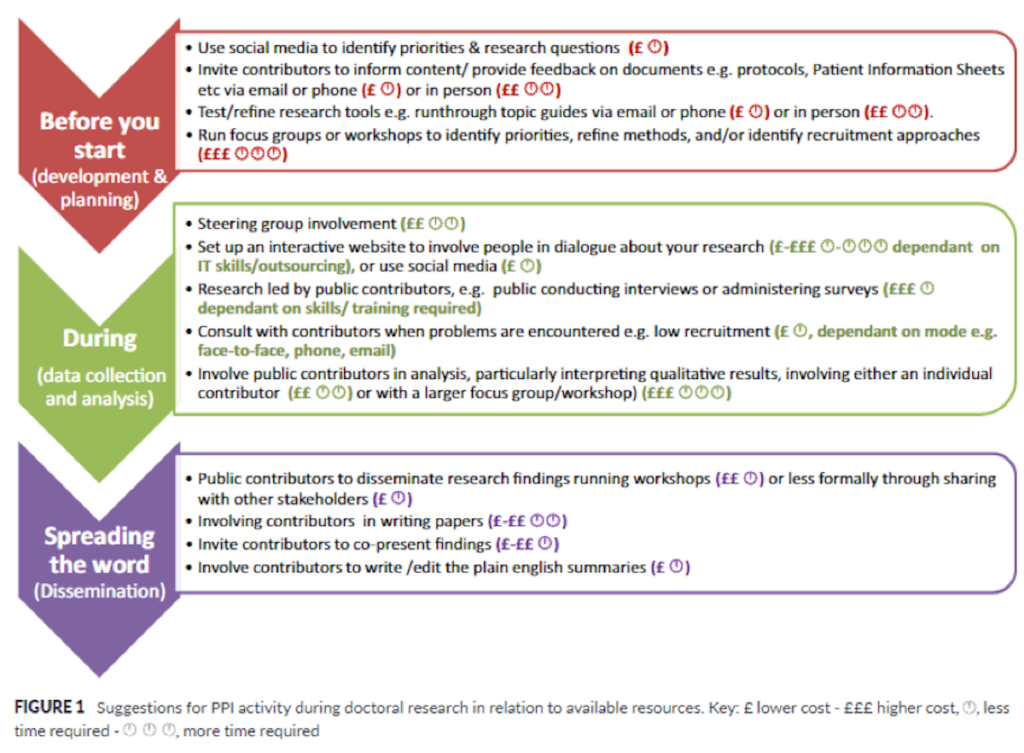 The authors make several recommendations for how doctoral researchers can involve patients and the public in their research with the limited time and resources available to them.