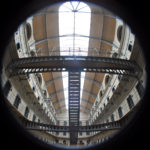 The research governance framework for health and social care developed by the Department of Health in 2001 was the first government document in Europe to recommend the active involvement of service users and carers at every stage of research. Indeed, it is now a requirement of UK research funding applications to demonstrate how service users will be involved at each stage of the research.

Since then, service users of health services have been increasingly encouraged to become actively involved in the research process, by engaging with research being carried out “’with’ or ‘by’ members of the public rather than ‘to’, ‘about’ or ‘for’ them.” (INVOLVE, 2012). Patients or members of the public are invited to assist with all stages of the research cycle from helping to prioritise research topics all the way through to the dissemination of findings. Involvement in research tends to fall into one of three categories (Sainsbury Centre, 2008):

In the world of mental health research, several guidance and evaluation documents have been published which focus on how to ensure service user research is conducted in the best manner (e.g. MHRN guidelines and SURGE guidelines). Indeed, organisations such as The McPin Foundation exist solely to champion the benefits of placing lived experience at the heart of mental health research.

Despite this positive response to the involvement of patients or members of the public in research, a similar transformation has yet to be seen in the world of forensic service research. For instance, there is (as yet) no general guidance on how to involve service users in forensic research nor is there any evidence synthesis of the extent of service user involvement in research in forensic settings.

The aim of this current paper is therefore:

To summarise what is currently known on the topic of involving or engaging forensic service users in the research process and to make appropriate recommendations.

This aim was itself developed following consultation with a carer and a service user reference group.

It is important to note that the terms involvement and engagement are not always used consistently in relation to service user research.

In the current paper, involvement and engagement are not differentiated due to the scope of the paper which encompasses both aspects and also due to their interchangeable use elsewhere in the literature. 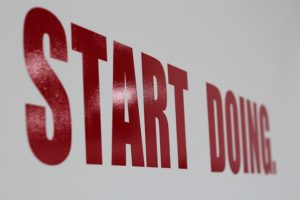 It is now a requirement of UK funding applications to demonstrate how service users will be involved in each stage of the research.

This paper uses a rapid review to synthesise the available evidence on the involvement of service user researchers in forensic settings. In a rapid review, components of the systematic review process are simplified or omitted to produce information in a short period of time.

The search strategy was based on 3 main concepts; patient involvement, forensic setting and research activity. Six databases (Medline, Embase, PsycINFO, King’s Fund, HMIC, Cochrane Library) were searched from 1980 to 20 May 2016. Additional hand checks of reference lists of included documents were conducted. Documents were included based on strict inclusion and exclusion criteria. Documents were not assessed for quality, due to no appropriate assessment tool being available for the nature of these documents.

For documents that were included on the basis of these criteria, the content of the article was summarised, focussing on the issues that were specific to forensic settings. The main steps of grounded theory analysis were then applied. Contents of included documents were compared against the MHRN (2012) guidelines on service user involvement in mental health research.

The initial search returned 5,304 documents. Following initial screening and further inspection, 23 documents were identified for inclusion in the review. Of these, 5 documents were guidance for good practice, 11 were qualitative or empirical studies and 7 were overview or discussion documents.

Of the 23 included documents, there was no disagreement with MHRN guidelines in relation to any of the main themes. However, the documents highlighted a number of issues related to these themes which were specific to research taking place in forensic settings. These issues are presented under the following 5 headings: power relations and vulnerability, practical difficulties, confidentiality and transparency, language and communication and training.

Several documents mentioned difficulties with the balance of power in forensic research settings and recognised the need for researchers to share power and provide appropriate support to service users:

A number of practical difficulties were raised in involving forensic service users in the research process:

All documents included in the review supported the MHRN guidelines around the need for clarity and transparency at all times. In forensic settings, this was particularly important in relation to confidentiality and rewards for being involved (Faulkner, 2004), roles and responsibilities (SURGE, 2006) and the goals of the proposed research (Byrne, 2005). To achieve transparency around these issues it was suggested that holding regular meetings helped team members to understand what was required at each stage of the project and allowed them to make decisions on their level of involvement (MacInnes et al, 2011).

Many of the included documents highlighted the need for plain language and easily comprehensible terms. Patenaude (2004) reports that academic language can destroy rapport in prison due to the use of words that may infer equality between groups, or due to use of words such as ‘informant’ which may hold a different meaning within forensic settings. Further to this, several included documents in the review discussed the delicacy of terminology around service users. Shaw (2014) found that the majority of people using secure mental health services preferred to be known as patients, rather than service users. MHRN guidelines (2012) suggest a neutral term such as ‘project advisor’ which does not force disclosure of service use.

A number of included documents recommended that an individual assessment of training needs should be conducted prior to involvement in a research study. In forensic settings, it was suggested that training agendas focussed on; dealing with risk, security issues, boundary setting, the nature of the environment, the difficulties of being exposed to a range of offences and de-escalation training to peer interviewers (Faulkner, 2004; Shaw, 2014). Despite this, there were a number of barriers to providing training in forensic settings including; difficulties with ensuring appropriate venues, collecting and accompanying prisoners to training sessions and ensuring training courses are flexible enough for prison lockdowns (Sainsbury Centre, 2008). 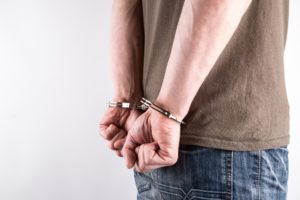 The documents in the review broadly supported the MHRN guidelines for involvement in research, though highlighted a number of issues specific to the forensic setting.

To summarise, this rapid review has found: 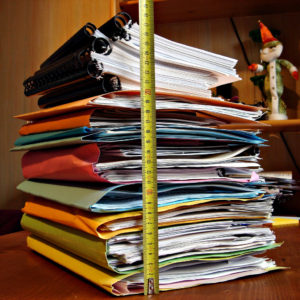 There is significantly less information about the inclusion of service users in forensic research in comparison to mental health research.

The authors should be commended for being the first to attempt a synthesis of knowledge in relation to the involvement of forensic service users in research.

Despite this, the use of the rapid review method is somewhat unreliable, due to there being no universally accepted definition of what a rapid review is and a tendency for it to yield poor quality reporting (Tricco et al, 2015). The authors themselves acknowledge that there is no guarantee that every relevant document has been identified in the review. Despite this, Watt et al (2008) found that the essential conclusions of the rapid and full reviews which they evaluated did not differ extensively, despite the scope of the rapid reviews being considerably narrower.

This paper provides a much needed review of the evidence for the involvement of forensic service users in the research process. However, the main issue with the paper for me is the authors’ apparent confusion between the definitions of ‘involvement’, ‘engagement’ and ‘participation’. As the authors themselves note, it is not uncommon for the terms involvement and engagement to be used interchangeably in relation to the research process. This, in my opinion, is not reason enough to lump both together in a rapid review, as they entail very different approaches to the research process, and sometimes entirely different research activities altogether. It is important to note that this is not a criticism of the authors themselves, but rather a commentary on the terminology used by this field of literature more widely. Perhaps it is important to first ensure a working definition of forensic service user involvement before we can begin to synthesise the evidence which claims to have used this approach? 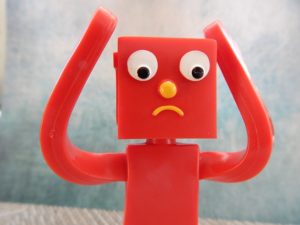 We need to figure out the difference between involvement, engagement and participation before we can synthesise the evidence.

Faulkner (2004) The ethics of survivor research: Guidelines for the ethical conduct of research carried out by mental health service users and survivors. Bristol, UK: Policy Press.

Faulkner (2007) Beyond our expectation: a report of the experiences of involving service users in forensic mental health research. Liverpool, UK: NHS National Programme on Forensic Mental Health Research and Development.

Patenaude (2004) No promises, but I’m willing to listen and tell what I hear: Conducting qualitative research among prison inmates and staff. The Prison Journal; 84: 69S-91S.