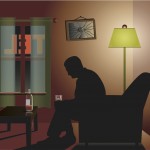 The Deprivation of Liberty Safeguards (DOLS) were introduced in 2009 following the Mental Capacity Act (2005). The safeguards were put in place to be used in situations where adults had been assessed as not having the mental capacity to make informed decisions about aspects of their care or treatment in care homes and hospitals.

It became a clear responsibility of staff in such situations, where they believed someone in their care may be being deprived of their liberty, that the home or hospital must apply to the local authority for an authorisation to detain them. Under the Act, this made the care home a ‘managing authority’.

The Local Authority, a the ‘supervisory body’ under the Act, then became responsible for assessing the situation to decide whether or not there was a deprivation of liberty in the situation, and if so, whether it was in the person’s best interests, or also whether it might be possible for care to be provided in a less restrictive manner.

The researchers in this study set out to look at how the safeguards have been implemented England and to consider what impact they had had on practice.

What they did was to work in four local authorities across England using a variety of methods to collect data. They carried out scoping interviews with DoLS leads in each of the authorities and then collected data on nine ‘live’ DOLS cases. This data collection involved  carrying out several interviews with the applicant from the managing authority, the representative of the person receiving care who was subject to the DoLS procedure, the  assessors who carried out Best Interests assessments and mental health assessments and the person responsible for signing off the decision at the Local Authority (the supervisory body). Where it was appropriate to do so, they also interviewed the person’s advocate and social worker.

As well as carrying out interviews relating to each live case, they also interviewed the provider of the local Independent Mental Capacity Advocate service (IMCA).

Analysing the online factorial survey which used vignettes, the authors identified a number of key factors in Best Interests Assessors decisions to authorise a DoLS, which included

Where there was a potential deprivation of liberty in a care home, it was found that they often had to be ‘nudged’ by others, often a professional outside the home working with the person,  to make a DoLS application.

Best Interest Assessors (BIAs) felt that information needed for the assessment was not always available from care home staff.

Some assessors felt there was a limited to complete assessments (particularly Mental Capacity Assessments) which they felt undermined good practice.

It was clear that at the heart of the BIAs’ decision making when authorising a DoLS application was a desire to keep the person safe.

There were some care home managers who expressed some anxiety about the level of additional scrutiny of care practices as a result of the DoLS procedure, although others saw this as an opportunity to get an endorsement of  good practice.

The majority of Best Interests felt that the DOLS had made a positive impact on the human rights of people protected by the safeguards. They felt the system was robust with a good level of scrutiny of decisions. One of the interesting responses was the welcome expressed about the fact that more people were involved in decisions, which meant that it was possible to get multiple views, but also to engage and involve people in the process.

There were concerns expressed about inconsistent and patchy implementation and about the appeals process, which was thought to be overly bureaucratic.

Relatives and representatives reported that they were kept informed about their relative’s situation through informal discussions formal update meetings and were generally positive about contact with Best Interests Assessors. The researchers report that a number of relatives spoke appreciatively of the opportunity they had been given to say what they felt was the best course of action in the DoLS process.

This is a major study of the introduction and implementation of the DoLS process and procedures in England. The research covers four local authority areas, although the majority of examples appear to be related to care homes rather than hospitals.

The key finding of course was related to the fact that it was often professionals outside the home who initiated the DoLS process rather than staff in the care home itself.

The researchers found some reticence amongst some care home managers about making applications, and this was often about concerns that to do so might be an admission of failure on their part. This is a concern as the process is designed to protect individuals, not to comment on systems.

What was clear is that the use of the process could lead to better outcomes for some people where the involvement of a broader group of people in examining the often difficult sets of circumstances around the applications, could lead to changes in support and potentially less restrictive care.

However, the authors point out that this was not always the outcome and that they found that some care plans had not changed as a consequence of a DoLS authorisation, and in some instances, social workers were not aware of how the DoLS had impacted on care for users of the service.