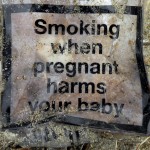 Although many women spontaneously quit smoking when they find out they’re pregnant, approximately 11% of women in the UK continue to smoke during their pregnancy. The health implications of this are estimated to amount to an annual economic burden of approximately £23.5 million.

The NHS Stop Smoking Service provides support for pregnant women to quit smoking during their pregnancy at an annual cost of over £5 million (or £235 per successful quitter). However, despite successful smoking abstinence during pregnancy using this service, many women restart smoking after giving birth (i.e. postpartum), increasing their risk of smoking related diseases and their offspring’s risk of passive smoking and becoming smokers themselves.

Jones and colleagues conducted a systematic review and meta-analysis to investigate just how high the rates of restarting smoking postpartum are among those women who have received support to quit smoking during their pregnancy.

The NHS Stop Smoking Service costs over £5 million every year, but 11% of women in the UK continue to smoke during their pregnancy.

27 studies were included in the review. Of these:

20 studies were randomised controlled trials (RCTs) with individual randomisation, 5 were cluster randomised and 2 were quasi-randomised.

The primary analysis only included those 11 studies reporting continuous abstinence, including a total of 571 women who reported being abstinent at the end of their pregnancy.

The subgroup analysis of those studies using biochemically validated abstinence measures included only 6 studies and found that by 6 months 74% of women (95% CI = 64 to 82%) had restarted smoking.

The secondary analysis only included those 23 studies reporting point-prevalence abstinence, including a total of 9,262 women. 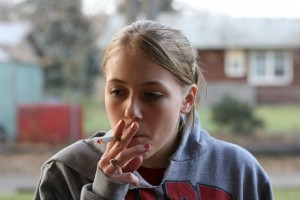 In clinical trials of smoking cessation interventions during pregnancy, only 13% of female smokers are abstinent at term.

Most pregnant smokers do not achieve abstinence from smoking while they are pregnant, and among those that do, most will re-start smoking within 6 months of childbirth.

They also note that this means that the considerable expenditure by NHS Stop Smoking Services to help pregnant women quit smoking is not having as big an impact on improving the health of women and their offspring as it might.

This is the first study to systematically investigate the rate of restarting smoking postpartum and provide data on the effectiveness of the Stop Smoking Services provided to pregnant women.

Using continuous postpartum abstinence rates, 43% of women who had received a smoking cessation intervention and were abstinent at the end of their pregnancy had restarted smoking after 6 months. Using data from the cross-sectional point-prevalence data, a similar rate of restarting was observed.

These results are generalisable to those pregnant women who seek support from Stop Smoking Services. Although no reviews have investigated the rates of restarting smoking among those women who spontaneously quit smoking during their pregnancy, individual studies suggest that the rates are broadly similar at between 46 and 76%. 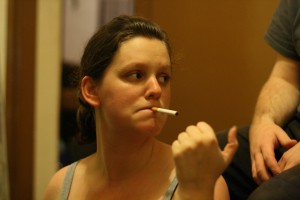 Nearly half (43%) of the women who do stop smoking during their pregnancy, re-start smoking within 6 months of childbirth.