Home » Posts » Populations and settings » pregnancy » Is telephone peer support for the prevention of postnatal depression worth the cost? 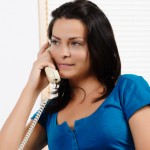 Peer support has been a hot topic in the woodland recently. Although there appears to be a lack of evidence to support the clinical effectiveness of peer support interventions for people with severe mental illness, such as bipolar disorder and schizophrenia, it is an approach that is highly valued by many. It might be argued that the ‘magic’ of peer support is hard to evaluate in controlled studies – peer support relies on an empathic understanding from shared experience and reciprocity of support that can work in both directions between the people involved. Many commentators note that peer support can take many forms and happens informally between peers as well as more formally or ‘intentionally’.  One step towards improving our understanding of how and why peer support makes a difference would be through better description of the different approaches and testing these out.

Another elf showed us that access to a range of psychosocial and psychological interventions after the birth of a baby can be effective in preventing PND. Peer-led telephone support was one of these approaches which has been positively evaluated in a large Canadian trial in 2006-7 and was one of the studies contributing to the evidence of effectiveness in the systematic review. In this blog post we discuss the cost-effectiveness of this intervention, as reported by Dukhovny et al. While we do that, it is also important to think about the nature of the intervention and the clinical outcomes.

The authors carried out an economic evaluation alongside a multisite RCT of telephone-based peer support, which included 610 women. The outcome was the number of PND cases avoided at 12 weeks follow-up, and costs were estimated from a societal perspective. Resource use data were collected by research nurses by structured phone interview and included items such as family members’ time off work and child care costs, in addition to health service use. The opportunity cost of volunteers’ time was also included, and all costs are in Canadian dollars.

Women who self reported a history of and recovery from PND volunteered (through public adverts) to offer peer support to other mothers considered to be at risk of PND. All volunteers undertook a 4 hour training session and were provided with a 121 page manual. Volunteer peer supporters were matched to trial participants by area, and ethnicity if this was requested by the trial participant. Volunteers were asked to make initial contact within 48-72 hours of being matched with a mother and to make a minimum of four contacts. The volunteer coordinator followed up to check initial contact had been made and all peer supporters were asked to keep an activity log.

The trial, reported in a separate paper, found that women in the intervention group were significantly less likely to have symptoms of PND at 12 weeks follow-up. Overall, there was an average of 8.8 contacts for each peer supporter-mother pair, with an average length of contact of 14 minutes. Mothers with higher Edinburgh Postnatal Depression Scale scores had, on average, a higher number of contacts. Most contacts were by phone, with a very small number by email or face to face. Almost one third of the pairs continued contact after the 12 week trial period. Mothers expressed a high overall satisfaction rate with the intervention (81%), with 83% stating they would recommend it to a friend. There were also high retention rates for the volunteer peer supporters. The study adopts a societal cost perspective, which is supported by Canadian guidelines

The paper reporting the clinical outcomes of the trial suggests this peer intervention is:

The cost-effectiveness analysis found that the peer support group had a higher overall cost of $4,497, compared with $3,380 for usual care, stemming primarily from the cost of the intervention itself. The trial found that the intervention achieved an 11% reduction in absolute risk. The cost per case avoided (ICER) therefore equates to just over $10,000. The authors also carry out a number of sensitivity analyses, and find that by adopting a third-party payer perspective the ICER drops to just over $4,000 per case avoided. There is good evidence that this intervention was effective. What is less clear is whether it is cost-effective. The results published here are very sensitive to the costing methodology chosen. In the UK, NICE values a year in full health for one person at about £20,000. This intervention cost $10,000 per case avoided, after 12 weeks. NICE would value 12 weeks in full health at about $8,500 dollars. Therefore, even if we accepted that PND was completely debilitating, the intervention would cost more than we are usually willing to pay in the English NHS. However, some of the authors’ sensitivity analyses show the cost to be half as much. Furthermore, the figure includes a number of costs that aren’t usually considered as costs in economic evaluations, such as hired housework or childcare. Though these are costs to the individual, they are not necessarily costs to society. In this case, whether or not the intervention is deemed cost-effective will really depend on who you ask.