Home » Posts » Populations and settings » poverty » Poverty causes mental illness and vice versa: how can we end this vicious cycle? 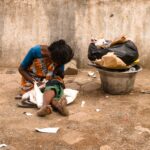 That poverty is closely connected with poorer mental health in societies across the world is now widely established in research. Both poverty and inequality have been demonstrated to be toxic to our mental health, resulting in higher levels of mental illness among the poorest, most excluded and most marginalised people in countries across the world.

A recent report written by Ridley et al (2020) and published by the US National Bureau of Economic Research seeks to look behind the statistics and explore why this happens and what can be done to break the links between poverty and mental illness. It draws on evidence from the Global South as well as wealthier nations to identify what drives the two-way relationship between poverty and poor mental health and what interventions could be employed to break its hold on people’s lives.

In setting the scene for the review, it makes a stark warning from existing research:

Economic growth is unlikely to improve mental health in the same way it improves physical health. While many aspects of health correlate positively with GDP per capita at the country level, mental illness does not.

In other words, if countries get richer overall, mental health doesn’t get better. If anything, the authors note, richer countries have higher levels of mental illness. So nations cannot improve their citizens’ mental health simply by growing their economies and becoming wealthier overall. It cannot be left to chance. 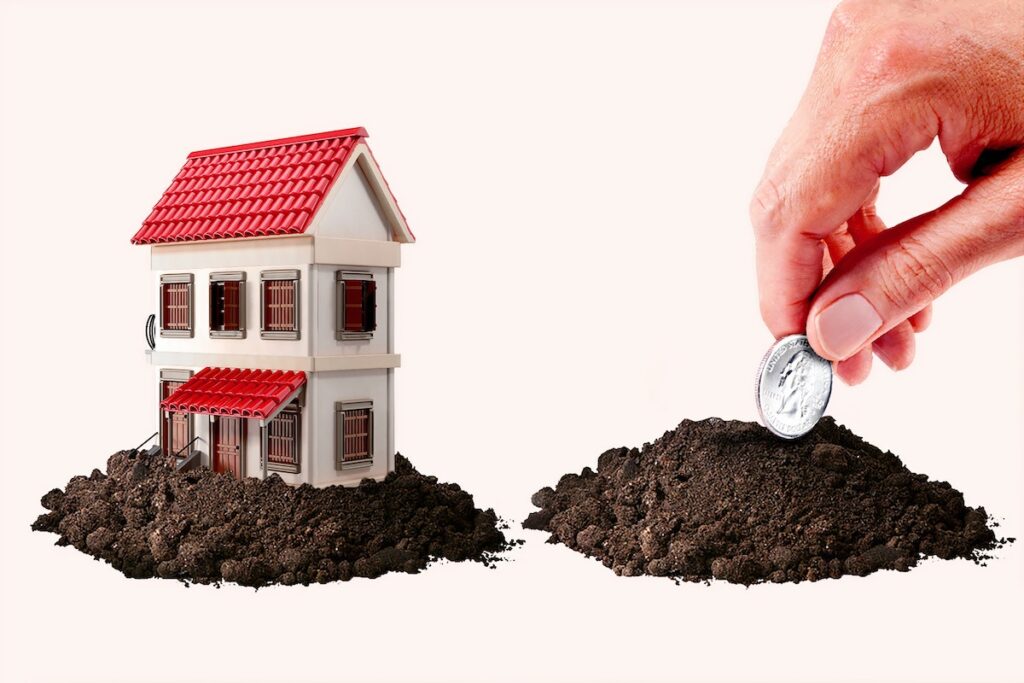 “Economic growth is unlikely to improve mental health in the same way it improves physical health. While many aspects of health correlate positively with GDP per capita at the country level, mental illness does not” (Ridley et al, 2020).

The authors explore “the causal evidence linking poverty with depressive and anxiety disorders, the most common mental illnesses” by reviewing evidence from international studies. They include a wide range of studies in the review, including randomised controlled trials of poverty alleviation programmes and mental health treatments, and ‘natural experiments’ such as lottery wins.

The authors present a number of potential explanations for what drives the two-way relationship between poverty and poor mental health – why each can be a cause of the other – and what interventions can be considered to address it.

How poverty can harm mental health

The article is clear that poverty, in many forms, is a direct cause of mental illness. From reviewing longitudinal studies, for example, it notes that:

Job loss and income declines – drivers of poverty – often precede episodes of mental illness. Evidence from natural experiments conﬁrms that this relationship is causal, and not driven by omitted factors…

It goes on to explore evidence backing up this assertion by looking at what happens when people move out of poverty, finding evidence that “income or wealth increases can improve mental health,” and that the benefits of anti-poverty programmes are sustained beyond the immediate change in income:

The most compelling causal evidence that poverty causes mental illness comes from randomised-controlled trials (RCTs) that evaluate anti-poverty programs. Several studies evaluating cash transfer and broader anti-poverty programs have found signiﬁcant positive impacts on mental health, including over long time horizons when the eﬀects of any initial celebratory reactions among recipients are likely to have worn oﬀ.

In addition, the authors note that poor mental health can be a result of the fear as well as reality of poverty:

The anticipation of economic shocks, not just their occurrence, may cause mental illness. People living in poverty face substantial uncertainty and income volatility, and juggle what are, in eﬀect, complex ﬁnancial portfolios, often without access to formal insurance… Sustained long-run exposure to stress from managing this volatility may threaten mental health.

The article goes on to explore why poverty drives mental illness. As well as the stress of being in poverty, it identifies the higher likelihood of living in polluted environments, in poor housing and being exposed to extreme high temperatures arising from global heating as ‘irritants’ to mental health, for example through sleep deprivation. Some of these factors, especially pollution and overcrowding, have also more recently been identified as causes of the higher levels of COVID-19 infection and mortality among people from marginalised and racialised groups in the UK (PHE, 2020).

The authors also explore evidence about the importance of poverty early in life as a driver of later mental illness. They observe that:

Exposure to poverty early in life can threaten mental health in later years. Such eﬀects can be generated in utero, by exposing pregnant women to malnutrition or stress… Poverty may also disproportionately expose children to adverse shocks while their brains are highly plastic and thus profoundly impact brain development, cognitive ability, and mental health in adolescence and adulthood.

Exposure to crime, especially violent crime, is also explored as a mechanism increasing the risk of mental illness among people living in poverty. It notes that poverty increases a person’s likelihood of experiencing traumas including the early death of a family member and domestic abuse. And it finds that income transfers can reduce the risk of violence at home. 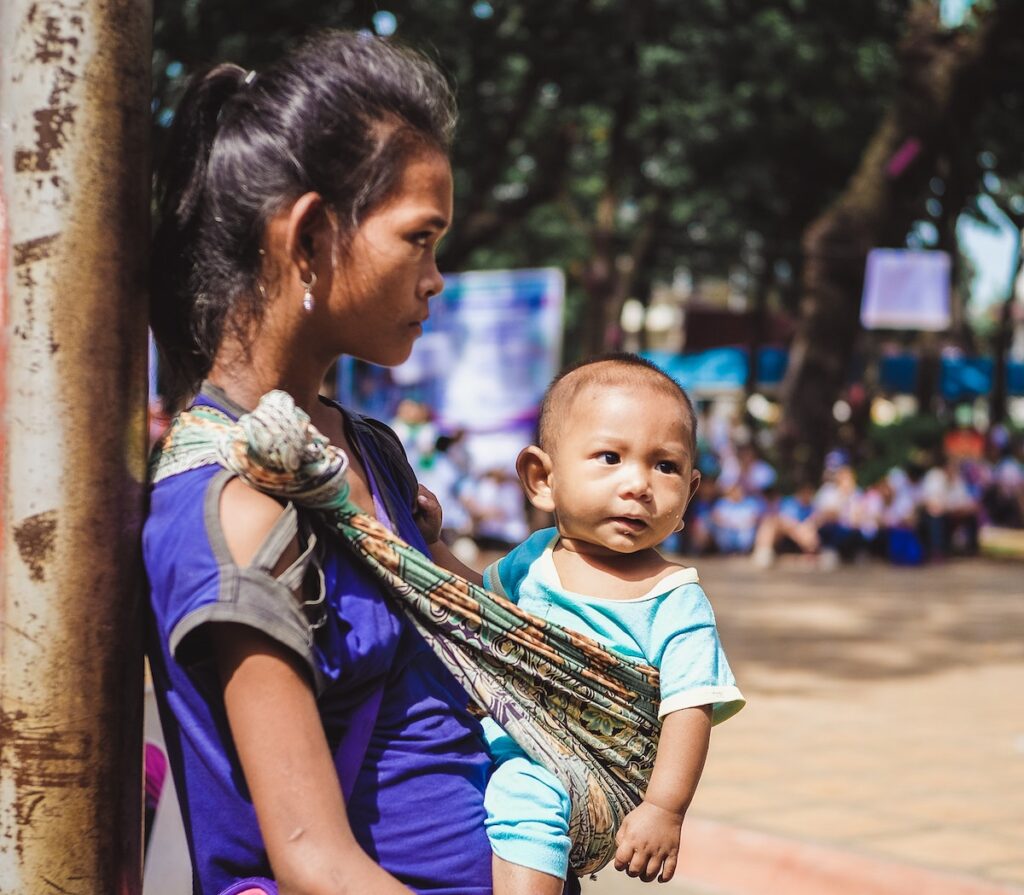 Poverty, and the fear of poverty, causes mental illness.

How mental illness increases the risk of poverty

The article then looks at how, and why, mental illness may increase a person’s risk of poverty. Disentangling what is clearly a complex and two-way relationship is of course fraught with difficulty, and can easily be seen to come down to a value judgement on people who are struggling to survive every day of their lives.

Nonetheless, the authors conclude that there is a direct causal link and they seek to explain why. They note, for example, that: “depression and anxiety may have economic eﬀects because they directly lower individuals’ ability to work. Unlike most physical conditions, however, depression and anxiety also directly aﬀect the way people think.” They conclude that mental illness could increase a person’s risk of poverty, for example, “by capturing attention, causing excessive rumination and distorting people’s memories and beliefs about their abilities.” Depression, they suggest, may cause people to have diminished belief in their abilities, while anxiety may cause someone to be more risk-averse in the labour market.

The authors also explore dynamics within families and households. For example they note that women experience higher levels of depression, and this may be linked to relative inequality and control over household finances. And they draw on evidence showing that improved parental mental health may improve the future emotional and economic wellbeing of their children. 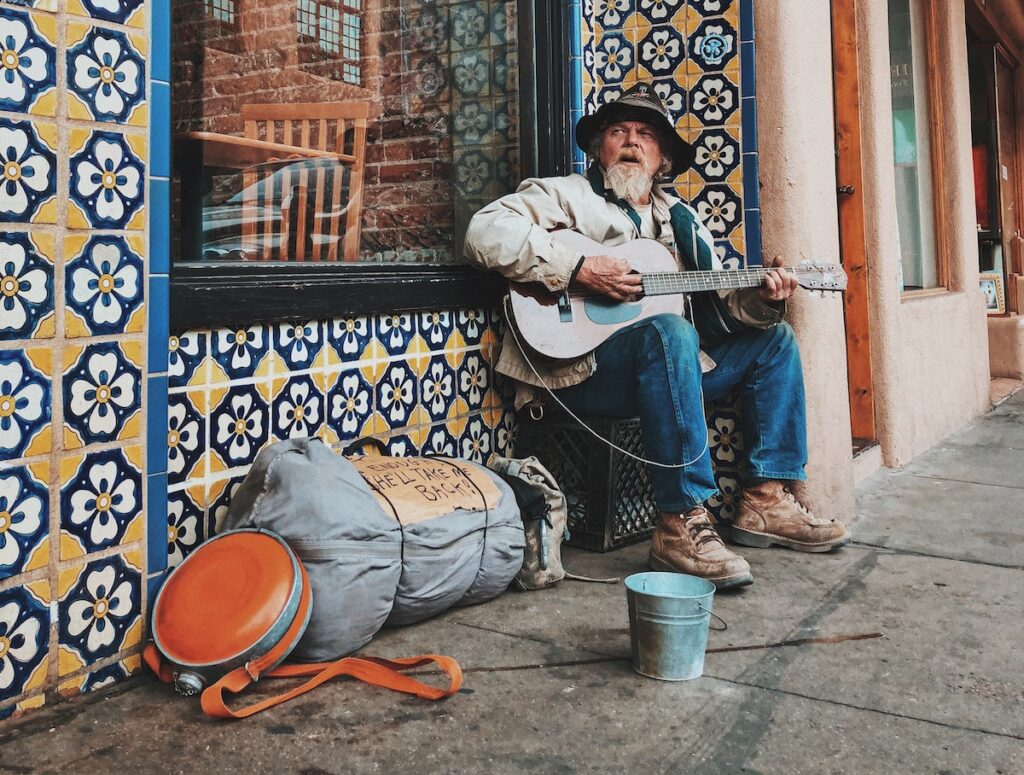 The article concludes by looking ahead at new and emerging issues that may play an important part in reinforcing the links between depression, anxiety and poverty in the years to come. They include the increasing impact of climate change, as extreme heat and weather-related disasters expose more people to traumas, political violence and displacement in areas worst affected. They also consider pandemics (perhaps unsurprising in the current context) and the greater risk of trauma, worry and lost livelihood among the poorest; and technological change and globalisation, noting that “both phenomena produce winners and losers. The costs to losers, especially low-wage workers in high- and middle-income countries who lose jobs as a result of changes in patterns of trade or automation, can be long-lasting and substantial, resulting in signiﬁcantly worse mental health.”

Within all of this, the overriding impression is of poverty as a kind of pathogen: an entity that is able to reproduce itself, working hand in hand with depression and anxiety as vectors for each other. Given what we have seen so far in the COVID-19 pandemic, it is hard not to see parallels and intersections with poverty and mental illness. 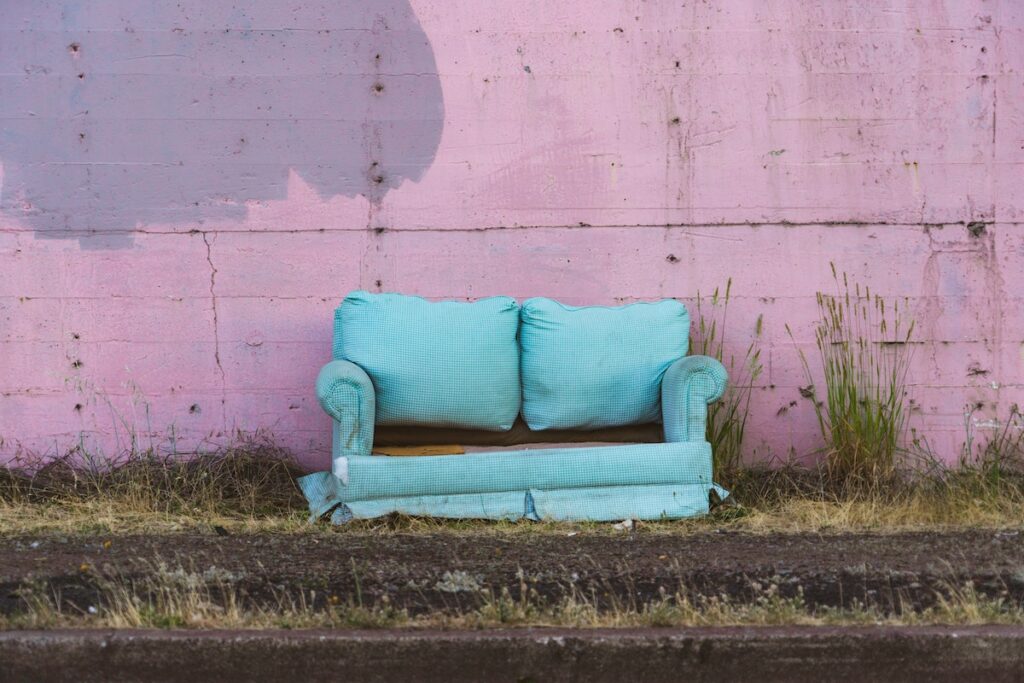 “The underlying idea is that poverty reinforces itself by interfering with people’s ability to earn income and to accumulate wealth, in this case through causing poor mental health, which in turn hinders earnings” (Ridley et al, 2020).

The article presents a compelling case for the two-way links between poverty and depression, going beyond simple observations to identifying potential mechanisms by which they occur; and thus opening up opportunities to intervene to reduce the risk (both ways). It does so by reviewing evidence from a wide range of studies in many different contexts worldwide. For many of us who work mostly within a single country, this is a refreshing and useful approach; enabling us to learn from studies and experiments conducted in other parts of the world.

The drawback of such an approach is that, by its nature, it is receiving data and insight second-hand and applying it to a theoretical construct. In suggesting the processes that reproduce poverty in people’s day-to-day lives, it risks making broad assumptions about thoughts, feelings and behaviours that may be uncomfortable to some, and painfully familiar to others. Nonetheless, by doing so it opens up an important debate about what can be done at every level to break the links. 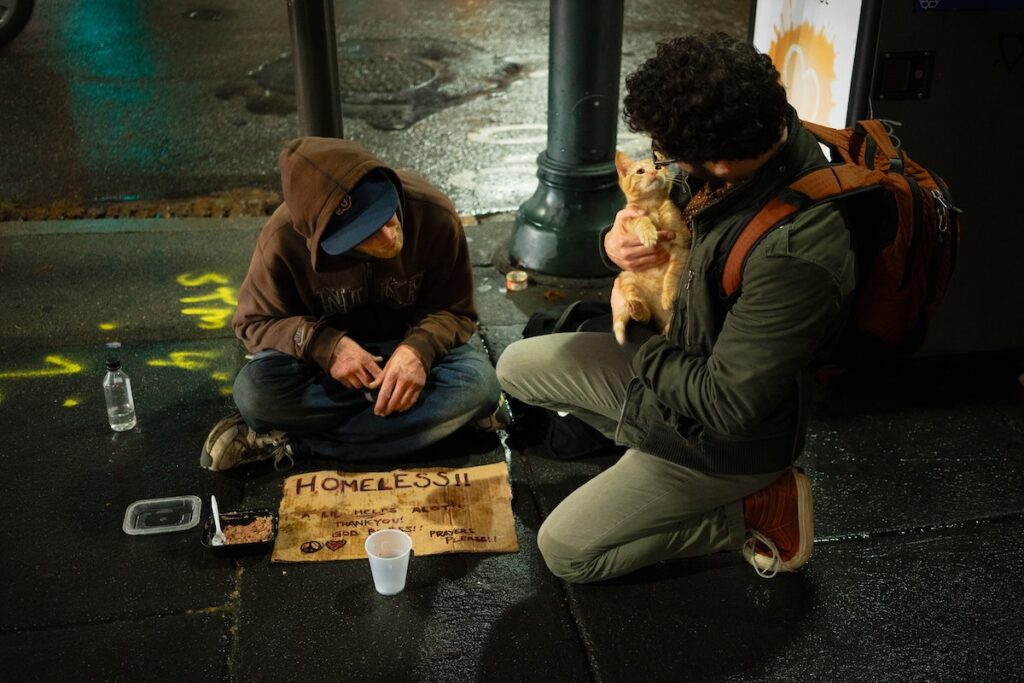 The article presents a compelling case for the two-way links between poverty and depression…opening up opportunities to intervene to reduce the risk.

The implications of this article are far-reaching. If poverty and depression reinforce one another and entrench inequality, then policies relating to the one cannot be successful without reference to the other. So, for example, policies that seek to improve mental health may help to reduce poverty, and vice versa. But rather than leaving this to chance, governments and other public authorities may achieve more by combining the two:

“On the economic side, recent work in development economics has shown the eﬀectiveness of cash transfers and other anti-poverty programs. On the mental health side, there is a strong economic case for investing in the mental health of people in poverty. However, we know little about how to optimally combine, dose, sequence, and target these two types of interventions. Improved mental health may increase the economic returns of cash or asset transfers by improving decision-making and productivity. Similarly, psychotherapy might more eﬀectively and durably improve mental health for individuals who also receive treatments to improve their economic circumstances.”

Yet there are few, maybe no, countries in the world where mental health and economic wellbeing policies are so well combined that the two could be said to work in concert to their fullest potential. This, perhaps, is the challenge ahead. And it is a challenge that all countries, whatever their wealth and income, could find ways to address, sharing knowledge and insight in order to build a worldwide movement to break the link. 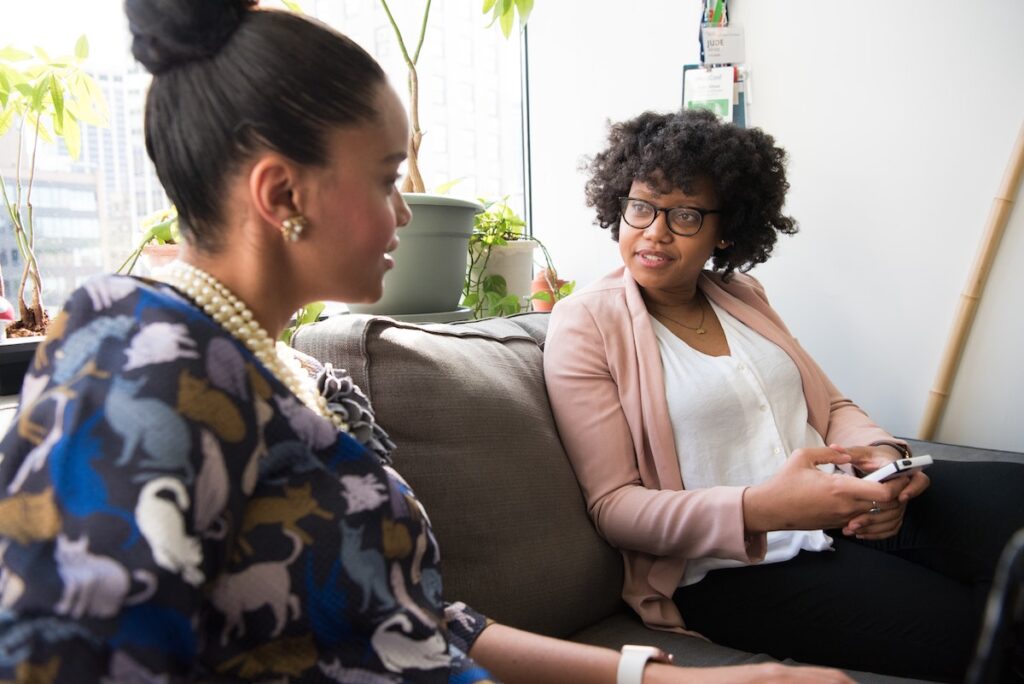 “Mental-health treatments could be the most cost-eﬀective anti-poverty intervention” (Ridley et al, 2020).