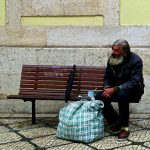 Good quality care at the end of life is important to everyone. Yet many homeless people will likely find it hard to access healthcare and care overall at the end of life, despite having many health problems and dying much earlier than people in the general population.

This article reports the findings of a systematic review of the literature about interventions that are commonly available to patients in countries with developed healthcare systems to see if these interventions have been used with homeless people. The Canadian-based research team claims that this is the first systematic summary and evaluation of evidence in this area of practice.

This systematic review followed the now internationally recognised and approved protocol for such reviews. The authors searched for peer-reviewed articles from a set of relevant databases that covered interventions in advance care planning, palliative care and end-of-life care for homeless people or people who are vulnerably housed (the inclusion criteria). They also searched the databases of homeless organisations (including some from the UK). Two researchers read the articles and summarised them. They used a scoring system to assess the quality of the studies and to rate them as low, fair or good quality.

The search included articles published up to June 2015 that were published in English. Details are given of the outcomes from the interventions that the research team used to evaluate the effectiveness of each intervention (such as use of services, costs of care, rates of advance directive completion).

The article starts with a good summary of why this subject is important now and likely to be in the future. The statistics about premature death among homeless people are shocking, even when compared to other people who are poor.

The average life expectancy of homeless people is severely limited. However, in many countries the nature of homelessness is changing, with a rise in older people (here defined as in their fifties and above). There is substantial evidence that many homeless people do not use primary care services even though their health is poor. In respect of death and dying, homeless people might have particular needs associated with problems such as broken relationships with family, substance misuse problems and complications, financial difficulties, as well as problems accessing services. 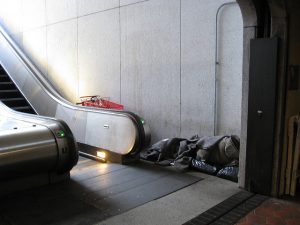 This background sets the scene for the findings of the review; not many studies have investigated the effectiveness of interventions such as Advance Care Planning (ACP), palliative care services and end-of-life care among homeless people.

Like many systematic reviews the researchers initially found large numbers of possible items (2433 publications identified), which they then filtered for duplicates and then relevance. This led to a much smaller set of 16 articles that they read in their entirety, and from these they located six studies meeting their inclusion criteria. Two were US randomised controlled trials of advance directive completions (advance decisions in England and Wales); two were Canadian cohort studies reporting the costs of running a palliative care service in a homeless persons’ shelter and completions of advance directives. A further two, one from Canada and one from Sweden, explored working relationships between a harm-reduction service (alcohol and substance misuse) and an end-of-life service in a support home respectively. The quality ratings were not applied to the qualitative studies but the quality rating of the other studies was deemed poor for three and fair for just one (on the basis of possible risks of bias, here meaning small sample size or lack of a control group).

In respect of completions of advance directives the studies suggest that these are feasible but the overall effect on outcomes was not compelling. Some homeless people were willing to talk about their wishes and to appoint decision makers; some found this provoked anxiety or they did not recall the intervention (a conversation with a counsellor or having been given information).

The Canadian study of a palliative care service at a homeless persons’ shelter for people who were terminally ill reported on the costs of this 15 bed hospice service at the shelter compared them to alternatives. It estimated the shelter-based service was less expensive and found that the patients found the service good on a number of levels, such as control of pain, trust and feelings of security.

The Swedish study collected data from staff working in a support home for homeless people who received palliative care. These staff thought that this model of care helped improve relationships, trust, patient dignity and communications.

Another study focused on end-of-life care for homeless people misusing substances in six Canadian cities. Again this was a study of professionals’ views (64 in all) and it found that there could be good working relationships between harm reduction services and end-of-life services; to the extent that when a person did not want to access end-of-life services the other service was able to provide this support.

The researchers conclude – not surprisingly – that more research is needed. They suggest that interventions for homeless people ‘need to be intensive, comprehensive, and accommodating toward their unique situations’. They also need to compensate for gaps in current services by building on the resources of existing provision. 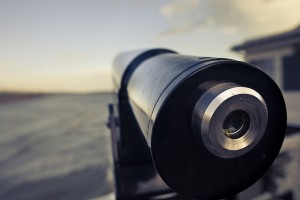 Not enough studies have looked at the effect of interventions such as Advance Care Planning for homeless people.

The researchers acknowledge that the review only located six relevant studies and that these were hard to compare. They note that the effectiveness of the interventions studies was not generally collected in terms of the outcomes for homeless people and this work remains to be done.

This review provides some interesting examples of the models adopted internationally in respect of different interventions for homeless people who are approaching end of life. These may be adaptable to the UK context. One helpful element of the review is the construction of possible outcomes from such services. UK providers of housing and homelessness services could also contribute to the evidence base.

Last reply was December 16, 2016
Try out our members features!