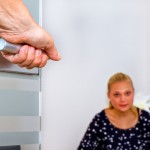 Compulsory community treatment (CCT) is a method used in many industrialized nations, including the UK and Australia, that allows clinicians to legally oblige those with severe mental illness to comply with treatment in the community and can allow clinicians to recall them to hospital merely because they are not compliant with an aspect of treatment (as opposed to being demonstrably unwell). What’s the significance? There is questionable evidence that CCT actually does any good, whether in terms of keeping people well, keeping them out of hospital, or reducing the risk of self harm or harm to others. However, CCT restricts the rights and freedoms of those with severe mental illness. This recent review sought to bring together evidence from the last decade pertaining specifically to service use.

As a previous study (Churchill et al, 2007) had reviewed evidence up until and including 2005, the subject of this review was to investigate similar evidence pertaining to papers published after this. The reviewers looked at service use outcomes; hospital admission/readmission rates, inpatient days, community service use and medication compliance. This review included all relevant studies (according to their criterion) whatever the quality. One author worked out if studies should be included or not. It is not clear if one person, or two people recorded the data from these studies. 18 relevant studies were identified in this search which reported results from 11 data-sources.

The large trial (known as OCTET – see the Mental Elf blog here) compared CCT with section 17 leave and was a multi centre trial within the UK (Burns et al, 2013). Community Treatment Orders were compared with Section 17 leave. Section 17 leave occurs when a patient is effectively an inpatient under inpatient compulsory care but is given variable lengths of leave until such a time as it is deemed that voluntary outpatient care can be commenced. Although the study effectively compared two different types of compulsion, the period under compulsion under section 17 leave was considerably shorter than in CCT. It doesn’t make sense methodologically to just look at evidence published after 2005. The authors of this study appear to think that because previous evidence has already been reviewed (with the conclusion that there is no good evidence for CCT) that it makes sense at this point to merely review the subsequent evidence.

Although this may appear to make sense on face value it simply doesn’t allow the authors to look at the whole picture. I would argue that reviews need updating by taking into account all of the relevant evidence, simply taking the conclusion of the previous review and only looking at subsequent studies does not allow reviewers to give a full picture of all of the evidence and recognize any patterns apparent only when all the studies are looked at together.

This review does however demonstrate what we already know; that we need to be wary when interpreting types of study that are more prone to bias (i.e. non trials). This along with variations in the legal requirements for compulsion in different jurisdictions and variations in clinical practice between the regions explains at least some of the apparently contradictory findings of these other types of study.

The outcomes reviewed are also concerning. This is a problem for the original research and not necessarily for these reviewers per se. A limitation of all reviews is that they can only look at outcomes that have been investigated in the original research. However these reviewers chose to look at these particular outcomes, arguing that one of the main advantages cited for CCT is reduced admission rates.

In fact one of the main strengths of this review is to point out the flaws in the methodologies employed by many studies in this area. Most of these studies have assumed that inpatient stays are necessarily a bad outcome and increased use of community services is a good one. However, these ‘outcomes’ might be associated with the use of CCT itself rather than with a person actually doing better or worse.

For example the condition of CCT is often that a person is recalled to hospital if non compliant from his treatment regime. However these studies have generally not differentiated between recall to hospital as part of the CCT, or admissions due to illness. Equally, the ‘conditions’ of CCT often involve community contact, therefore an increase in community contact for those on CCT does not really tell us if a person is actually doing better, or is just following the conditions of his CCT.

Usually in a review, bias is reduced by allowing two authors to select studies and extract data from studies in duplicate. This does not appear to be the case in this review.

Also it is worth being mindful that the final author of this review (Tom Burns) was also the author of the OCTET trial. Systematic reviews should include all of the published and unpublished evidence on the topic, but the reviewers in this case decided to just focus on studies from 2005 onwards

This is a hugely important area of study, which questions the use of compulsory community treatment in people with mental health problems, and therefore the basic human rights of people with severe mental disorders. It states that there is no good evidence for the use of CCT in terms of service usage and goes someway to explain some of the variations of reviews and studies that may suggest otherwise.

I’m not sure the methodologies employed allow this review to add significantly to the recent large trial in this very area. It would make more sense to look at all quantitative studies over time, or just trials over time. As trials are the most convincing level of evidence, the trial described in this review could add powerfully to the two previous trials (both pre-2006).

This review importantly does however highlight the methodological flaws in studies on this topic, in non- experimental designed studies, and the differences between the legislation and psychiatric practice between the jurisdictions’ studied. It’s a shame that the authors of this study didn’t review all of the quantitative research that’s been published, as that would have given us the most reliable summary