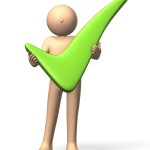 The recent position paper by the Royal College of Psychiatrists on the need for in-patient beds for people with learning disabilities was published as part of the response to the Winterbourne View scandal. The paper made it clear that it was important to make a very clear distinction between the function of in-patient support for people and made some recommendations about the numbers and types of beds that the college felt would be needed in the future. However, the controversy surrounding the use of assessment and treatment beds for people with learning disabilities continues.

In recent years however, the evidence base in support of the effectiveness of an approach based on positive behavioural support (PBS) has been growing, but this approach has not been extensively introduced into assessment and treatment services.

The researchers in this study set out to do just that. The service in question is described by the authors as supporting up to twenty-four people in three eight-bedded units, geographically spread across Wales. Although the service is managed operationally as one service, each unit has a nurse manager, deputy and registered staff and support staff. The service has dedicated psychiatric support on site, other therapeutic inputs are supplied by members of the community learning disability team. The service is also described as being part of a larger support service which offers intensive intervention teams and longer-stay rehabilitation beds.

What the researchers did was to create a specific approach to training and supporting staff in Positive Behavioural Approaches that was deliverable in and applicable to the shorter time frames associated with assessment and treatment services.

The approach they developed focused on five areas: assessment, observation, intervention, outcomes and evaluation. All the registered staff in the service went through a one day workshop which covered a refresher in PBS principles as well as skills in interviewing, interpreting data from behavioural measurement tools and writing up assessment treatment outcome reports.

The data reported in the study relate to seventy five people who were admitted to the service over a two year period. 53% of the sample were male and 33% were detained under the Mental Health Act. 33% were described as having mental health needs in addition to their learning disability.

Staff described the level of learning disability for the participants as follows:

The following outcome measures were completed for each person at admission and on their discharge:

What they found was that the most common form of challenging behaviour on admission was physical aggression, found in 28% of the sample.
72% of admissions were said to have been made to the unit rather than to other parts of the intensive support service because interventions required could not be provided except in the unit.

The ABC rates 58 items  on a four point scale where 0 is not a problem and 3 is a severe problem. This also showed a significant change from admission to discharge with total scores falling from 59 to 28 and also showed a drop in the numbers of behaviours occurring.

The PAS-ADD screens for mental health difficulties that looks at organic conditions (resulting from brain anomalies), affective/neurotic disorders and psychotic disorders. The researchers found decreases in the scores in all three domains from admission to discharge:

Whilst the scores in all three measures mask a range within the scales, the p tests found that the results were statistically significant.

The changes in the outcome measures reported in this study are significant. In terms of the debate about the effectiveness of assessment and treatment units, this study seems to suggest that, in the short term at least, significant gains can be made in reducing the frequency and severity of target behaviours, given a well organised and well delivered programme and well trained staff.

However, the major problem with the study, pointed out by the authors themselves, is that given the study design, it not possible to say categorically that the changes in outcomes measured were as a direct result of the positive behavioural support approach. As measures were not routinely collected for a similar period in the unit before the approach was introduced, it is difficult to rule out other causes (e.g. changes in medication, inputs by therapists etc.)

Anecdotal feedback from staff and referring agencies is referred to in the paper as being universally positive. Referring agencies in particular pointed out that they were getting much clearer feedback on outcomes from the service and better and easier to follow recommendations on future support. This is encouraging in terms of the improvements in the service and outcomes for individuals, but does not necessarily show that this is as a result of the introduction of the PBS approach.

The authors also point out quite rightly that it is not possible to identify trends from two time points alone and that any more definitive views on the impact of the new approach would need further measures over longer time periods, which of course creates some difficulties given the relatively short term nature of the in-patient stays in such units.

The study however does show the steps taken to bring about a successful introduction of a PBS approach into an assessment and treatment unit, the outcome of which was not only to do no harm, but to improve outcomes in a range of measures for those undergoing the assessment or treatment. The authors also suggest that future research should include quality of life measures, which were excluded from this study, as the authors believed the timescales involved were too short for changes to be measured.