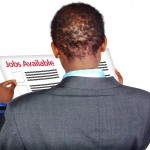 The economic, social and psychological benefits of being work have been well documented in the literature, but in 2010/11 in England, only 6.6% of adults with learning disabilities were reported to be in paid employment and the majority of these people were working part-time.

A number of people however, will say they are working, when in fact they are attending a non-work site, such as a day service. The authors of this Irish study were interested in looking at this issue of perception and what impact thinking and being treated on the basis of this perception had on other areas in the lives of those affected.

What they did was interrogate data from the intellectual disability Supplement to the Irish Longitudinal Study on Ageing (IDS-TILDA). This included questions on employment and provided data for a representative sample of 753 participants with learning disability aged 40 and over.
Interestingly, the researchers found that 6.6% of the population were in real paid employment and 7.4% in ‘perceived’ employment. They found 12% in sheltered employment and 73.5% were unemployed.

They found a number of differences between the two groups in terms of social activities, levels of depression and self-rated health.
They suggest their findings have identified a number of areas for further research into the impact of perceived employment on the lives of those involved.