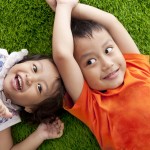 When you were young(er), did you also engage in personality predictions with your peers based on order in the family? For example, that the oldest of three siblings would be the bossiest and the youngest the most spoiled? Almost everyone (90% of us) have one or more siblings. And we know they play an important role in our development and well-being.

Scientists in the Netherlands have now combined international research examining siblings’ role in children’s mental health. This is an innovative step, since there is quite a lot of research on parenting but not so much on siblings. Moreover, the authors state that the sibling relationship is “one of the most neglected relationships in psychological research and practice.”

For a meta-analysis, it is necessary to choose very specific study topics in order to be able to combine studies statistically. In this case, the researchers have looked at the association between sibling relationship quality and child psychopathology. In particular, they have combined data regarding: The researchers expected to see a significant positive relation between sibling conflict and child psychopathology, with a stronger effect for externalizing problems

on the one hand, and

Based on attachment theory, social learning theory and social comparison theory, the research team expected to find the following:

In addition, they hypothesized that the effects would be stronger for same-sex siblings and for siblings closer in age, because these sibling pairs would be more similar and thus, influence each other more strongly. And they expected larger effects for children than for adolescents, because the latter tend to be less focused on family and more on peers.

The researchers conducted a systematic search involving the databases PsychInfo and ERIC, reference lists of the included studies, and more recent studies that cited the included studies (forward referencing). They applied a number of selection criteria and made sure that only independent data were incorporated in each effect size. They included both cross-sectional and longitudinal studies. In case of the latter, they chose data that were closest related in time.

The paper does not give details on the number of abstracts that were retrieved or on how the team ensured inter-rater reliability of the information entered, but does describe that they systematically coded the studies and contacted the authors for missing information.

The analysis involved calculation of effect sizes for the 6 associations according to a random effects model, a test of heterogeneity of the effect (whether there were differences within the effect sizes that may be explained by study characteristics), moderator analyses (to subsequently test the specific influence of study characteristics), and tests to see whether there may be a publication bias (with stronger effects being published whereas zero effects end up in the ‘file drawer’).

The research team located 34 eligible studies, which reported on 12,257 participants. These children were predominantly (75%) white Caucasian. Ages ranged from 4 to 16 years old and the mean age difference between siblings was 2.8 years. In short, this is what the analyses revealed:

All effects showed heterogeneity of the studies, which turned out to be variably related to the gender of the siblings, the age difference, and the developmental period of the participants. In addition, more recent studies tended to report smaller effects. This meta-analysis shows that sibling relationship quality is indeed related to children’s mental health. It is important to keep in mind that the authors included cross-sectional data. We can’t conclude on the direction of the effect: it is possible that children’s mental health influences the sibling relationship as well as the other way around. Sibling conflict stood out as an important correlate of children’s mental health, both for internalizing and externalizing problems. The authors give a number of explanations, including the fact that children may learn negative behaviour by fighting with their siblings and that ‘bad is stronger than good’; negative events may have more impact than positive events.

In addition to the overwhelming evidence of the impact of parent-child and marital relationships on child and adolescent development, the present meta-analysis is a reminder that the sibling relationships warrants more attention in research as well as in clinical settings.