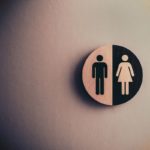 Gender non-conformity (GNC), a controversial and often misunderstood subject, is one never far from the media, which often misrepresents the phenomenon, in turn undermining the recognition and treatment of those who ask for help. Despite this, every effort has been made to address GNC individuals with sensitivity, advocacy and understanding.

Gender non-conformity (GNC) can be summarised as when a person’s experience and expression of their gender differs from what is ‘assigned’ to them at birth (Adelson, 2012, West & Zimmerman, 1987.) This definition relies on the assignation of gender as a function of what is perceived as expected of the biological sex.

GNC differs from Gender dysphoria (GD) in that the latter suggests a psychic pain associated with a person’s perception of misgender, as opposed to that of feeling or expressing non-conforming traits alone (psychiatry.org, Parekh, 2016.) It is well known that GD is associated with a higher risk of mental health illness.

A recent literature review of 38 studies indicated high risks of depression and anxiety in transgender people attending gender conforming interventions, which improved after said interventions. Other major psychiatric disorders were not shown to be of increased risk (Dehenje et al, 2016.) However, research into illness in children with GD showed increased rates of distress, which may warrant intervention (Ristori, 2016.)

The risk of clinical illness in children with GNC is less clear, even in those with high levels of GNC who are also at increased risk of GD (Coleman, 2012). Evidence from clinic-centred studies suggests a higher risk of impaired functioning as measured by the Child Behaviour Checklists (CBCL).

However, clinic-centred studies may not be generalisable to the wider community. The present study, published in The Journal of the American Academy of Child and Adolescent Psychiatry attempts to ‘bridge clinical and non-clinical literature’ to investigate risk of illness in those children with gender non-conformity in community settings. 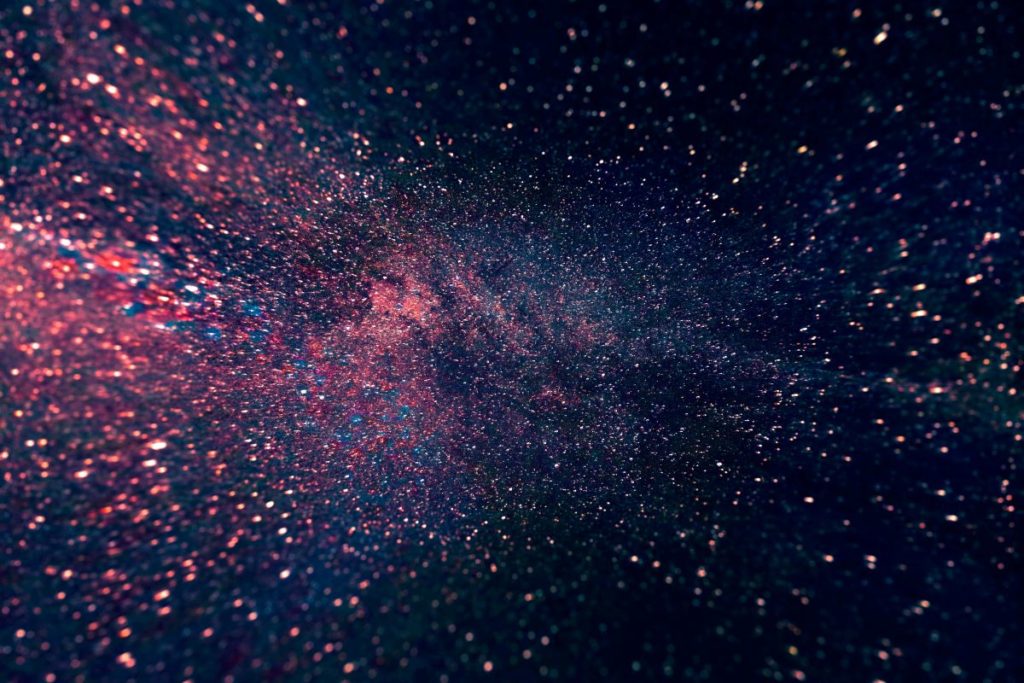 Gender non-conformity and gender dysphoria may present an opportunity to help people with mental health issues.

The authors recruited caregivers of children aged 6-12 through online advertisements and community centres. Caregivers were asked to complete a parent-report online questionnaire.

Out of 3,097 initial respondents, 937 were excluded due to non-complete responses. A further 441 cases were excluded due to the presence of a pre-existing mental health diagnosis (as not to confound the research.) In total 1,219 participants were included, with demographics recorded including birth-assigned gender and sex.

For clarity, in this blog I will refer to a ‘higher GNC’ score as opposed to a ‘low’ GICQ score.

Caregivers were also asked to complete a 110 item ‘Child Behaviour Checklist’ (CBCL) designed to elucidate emotional and behavioural issues in children from ages 6-18, utilising a 3-point Likert scale of ‘Not true’ through to ‘Very or Often true.’ 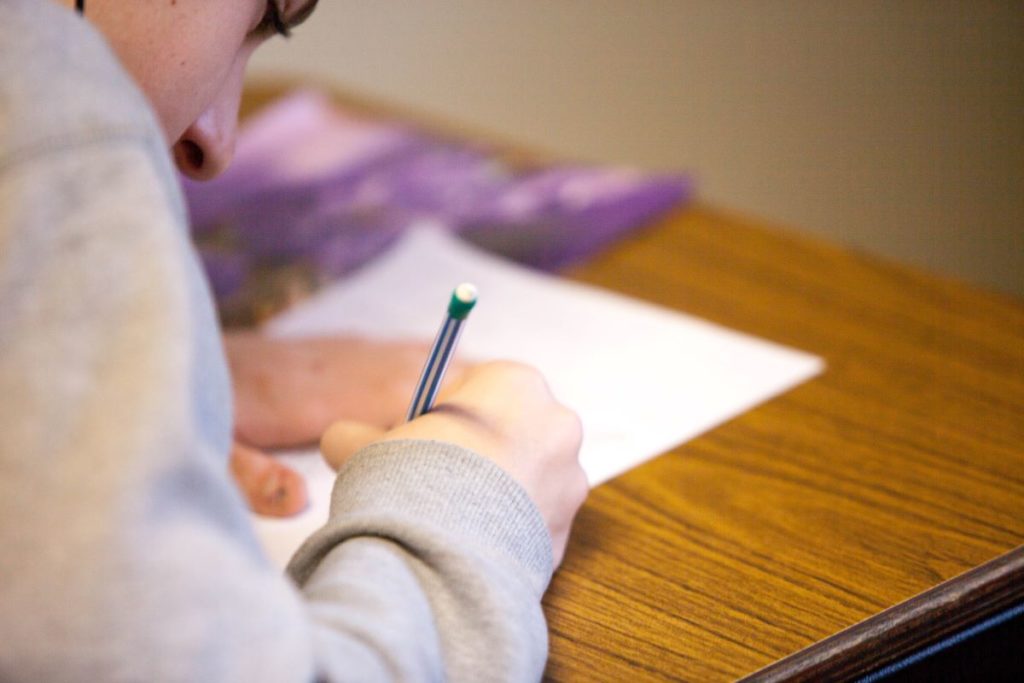 According to results from the Gender Identity Questionnaire for Children (GICQ), there was a significant difference in GNC categorisations between sexes. The majority of biologically determined females met GIQC categorisation of gender neutral or conforming (73.7%) with 2.8% reaching GNC conservative and 13.5% GNC-liberal. The pattern for males showed a greater rate of GNC neutral or conforming (92.3%) and generally less were reported to score as GNC-conservative (2.3%) or liberal (5.5%.). GNC categorisation based on CBCL item 110 did not differ significantly between sexes.

The correspondence between GNC categorisation based on GICQ and CBCL item 110, was significant for both sexes.

In summary, those within Gender Non-Conformity (GNC) conservative/liberal groups were more likely to display higher rates of emotional/behavioural symptoms comparable to those with a diagnosis of gender dysphoria.

In boys, higher GNC score (but not Item 110 endorsement) was linked with higher rates of externalising problems, and intermediate gender expression was less associated. 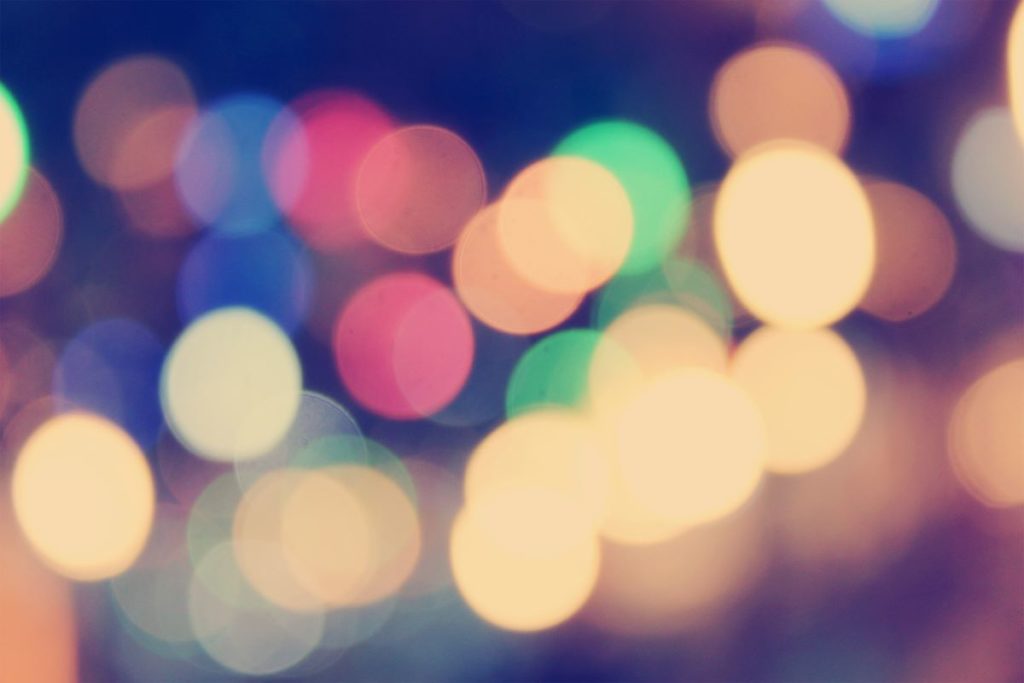 The study found that gender non-conformity was linked with a higher rate of mental distress.

The authors concluded that Gender Non-Conformity (GNC) rates in youth may be comparable to Gender Dysphoria (GD) rates, although these children may not exhibit symptoms or signs consistent with a GD diagnosis.

Furthermore, the research shows that those who scored highly as GNC experienced emotional and behavioural problems that met criteria for clinical intervention similar to rates of those with confirmed GD. In addition, externalising behaviour was linked to higher rates of GNC, but females with lower scores may still suffer without exhibiting these clear signs which males generally did.

Crucially, they showed that the presence of GNC with high CBCL scores may warrant clinical review independent of a diagnosis of GD, which means many children may not be receiving the help they need regardless of noted problems. They also showed that although item 110 may be useful within data sets, it may underestimate the number of children that would benefit from gender-specific support. 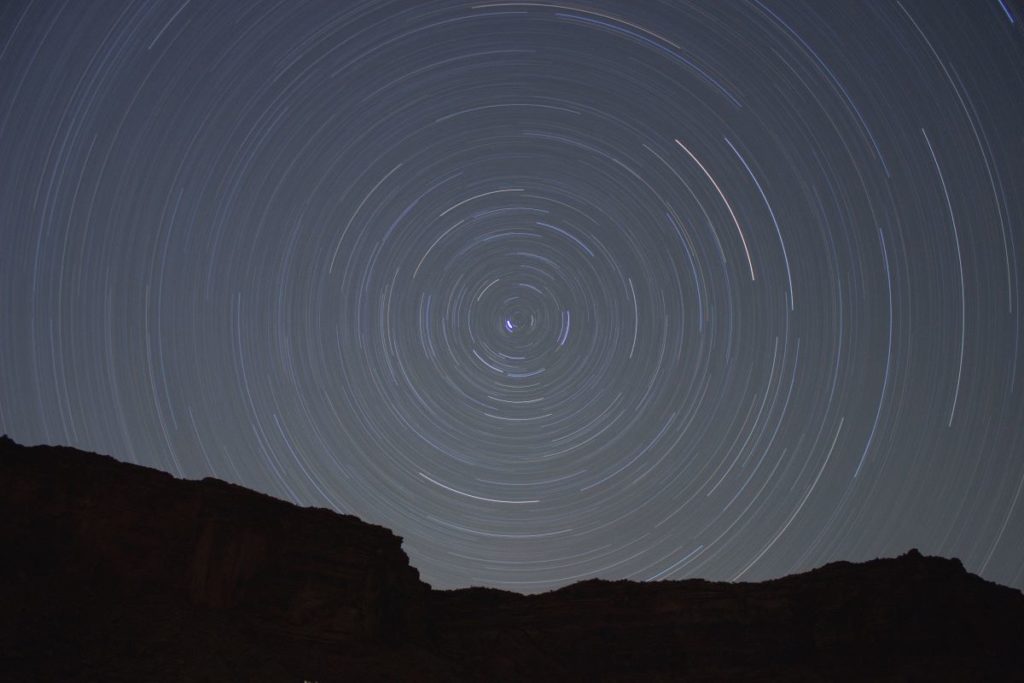 The paper showed that gender non-conformity in children is more common than once thought, but questions are raised about how much this impacts on emotional and behavioural problems.

The authors note the potential lack of generalisability of the data set. It must be noted that although parent-rated scores have been shown as clinically useful, these do ignore the specific thoughts and validity of interviewing the children themselves. Due to age, capacity and the length of interview (110 items in the CBCL) this may be a limited, but unfortunately necessary, measure. It is also worth considering that the method of recruitment was self-selecting, so there may be a greater number of higher risk cases than is found in the community more widely.

One of the papers great strengths is to address emotional and behavioural difficulties within a rigid scoring context, focusing on recognised markers of childhood distress with a strong evidence base, then adjusting for covariate factors, to elucidate a clear link between them and high GNC scores on the GICQ. This process highlights a clear link between emotional and behavioural problems and gender non conformity, but it is fair to consider that the latter may not cause the former. Given the strength of correlation, it is reasonable to investigate further.

This study has shown that, within reason, gender non-conformity is associated with symptoms of emotional and behavioural disturbance and as such, could indicate the need for earlier recognition and assistance with GNC or GD 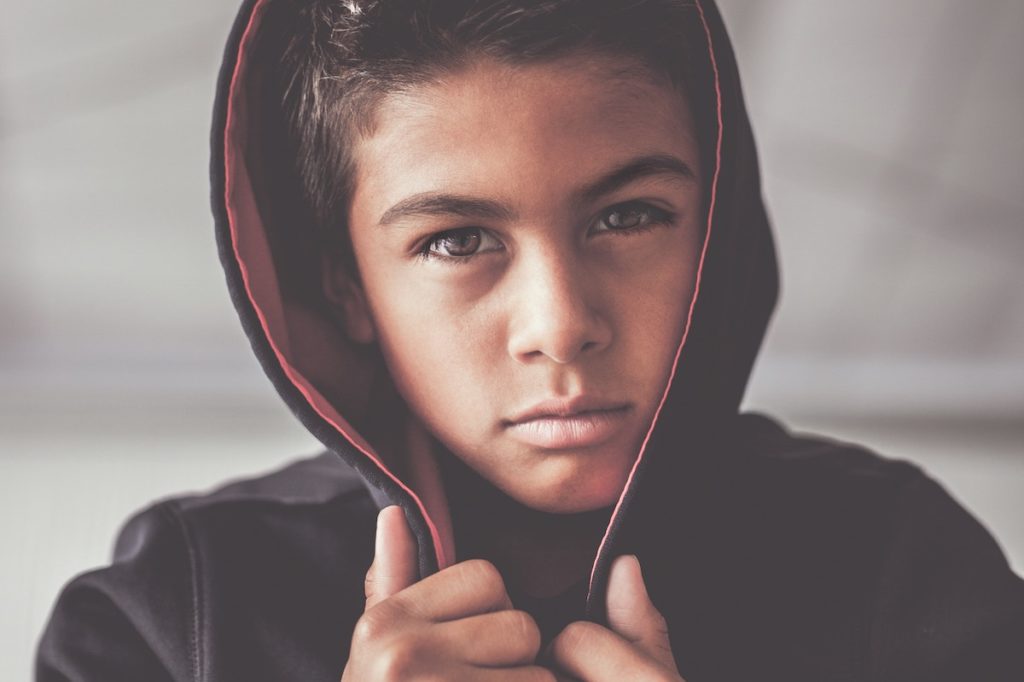 It is difficult to imply causation, however this study gives reason to investigate further the relationship between gender non-conformity and emotional and behavioural difficulties.

Given the tumultuous political climate around Gender Non-Conformity (GNC), Gender Dysphoria (GD) and transgender rights, any clinical implication of research must be couched in both a cultural sensitivity and with the most conservative mantra of expression. This research suggests that children reaching criteria for GNC at higher levels are more likely to express symptoms of emotional and behavioural difficulties, which has clear implications for earlier recognition of need for assistance.

The potential overlay between high GNC and GD requires further work, and raises ethical questions about what we should consider ‘abnormal’, which is an area beyond the scope of this blog. I will state, without restraint, that a high GNC score does not necessitate consideration of any further treatment, assessment or diagnosis without a person’s express need, consent and want.

However, focusing not on a diagnosis, but using the high scoring on the 110 item ‘Child Behaviour Checklist’ (CBCL) to indicate emotional and behavioural difficulties regardless of cause, will open doors to better assessment, and if needed, earlier recognition of GNC and treatment based on the child’s needs. This will need to be balanced with both the capacity and natural history of the child, as well as the potential bias and expectation of the parent.

The most urgent suggestion I could make is that a high CBCL score may warrant, in the case of suspicion of GNC, the use of GICQ as a screening measure for referral to specialist services. However, in tandem with this, I would suggest the following: 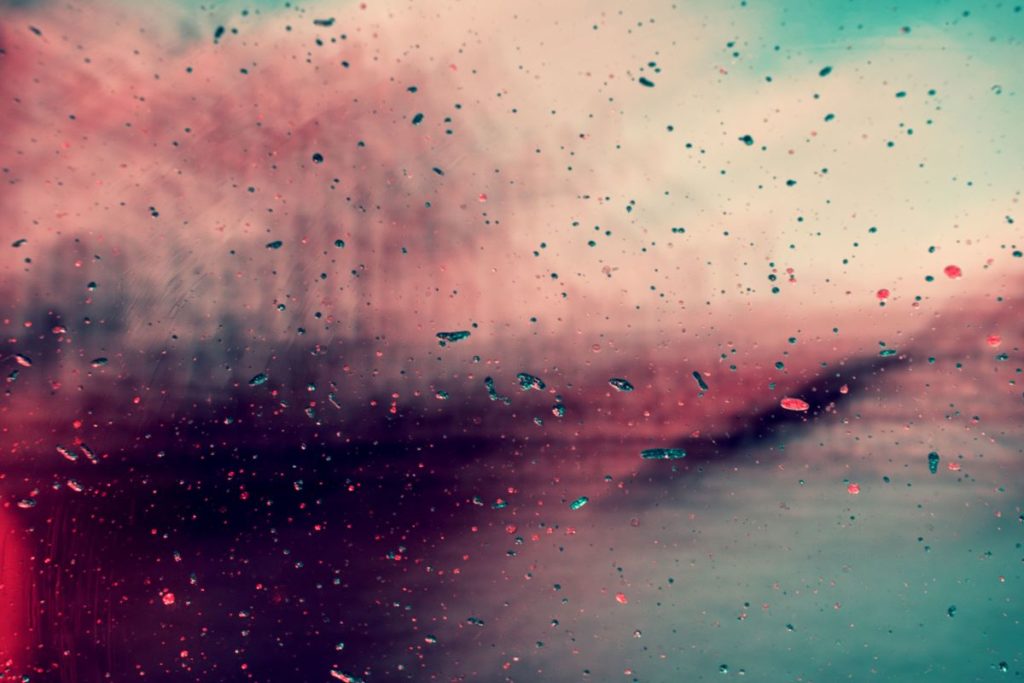 The paper raises questions about how we can recognize gender non-conformity earlier, and how we can help children who may be experiencing this.

In preparation for publishing this review every attempt was made to represent the views, terminology and preferences of those who may share some experience of suggested diagnoses. I, as an author, am always happy to learn and understand more and thank you for your candour and understanding. I will note that the terms used were the papers own, aside from in the ‘implications for practice’ which are mine alone.

I have no personal conflicts of interest beyond balancing evidence and advocacy. My specific perception of my assigned gender and biological sex have been considered within my appraisal of the work and I encourage any criticism of the role these may play. I would assure you, however, that analysis and appraisal should not, and in this case, have not knowingly been affected by the authors demographic.

Coleman, E (2012) ‘Standards of Care for the Health of Transsexual, Transgender, and Gender-Nonconforming People, Version 7’ International Journal of Transgenderism 13(4)165-232

Last reply was December 21, 2019
Try out our members features!