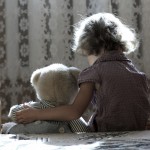 Childhood trauma and abuse is the smoking of psychiatry. As a risk factor for mental illness it is comparable to how smoking a pack of cigarettes per day increases the risk of lung cancer and heart disease.

As an adult psychiatrist I see the consequences of poor starts to life and do my best to manage the consequences. However, doing my best often isn’t that effective or proves to be only a temporary solution. So the real question at hand is – what if we could do something to prevent child abuse from happening?

This is the question addressed in a systematic review published in the Annals of Internal Medicine in February this year. The authors update the US Preventive Services Task Force recommendations from 2004 on the prevention of child abuse and neglect. What if we could do something to prevent child abuse from happening?

They reviewed the literature up until the middle of 2012 and found 11 randomised controlled trials which tested different interventions to prevent child abuse. The conclusion of the review is that risk assessment and behavioural interventions in paediatric clinics reduced abuse and neglect for young children, but the evidence is inconsistent for home visitation programs. Plus, of course, it’s clear that additional research is needed.

This seems to be one of those areas where there is the choice between focusing on those at high risk or trying to address abuse at a population level – the classic Geoffrey Rose problem first articulated over salt and hypertension. Providing leadership through the development of infant mental health services may be one way forward.