Home » Posts » Populations and settings » child and adolescent » Are the current approaches to treating traumatised kids actually making them better? 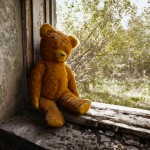 More and more research is telling us about the long-term negative consequences of trauma and adversity in childhood with correlations between childhood trauma and poor mental and physical health outcomes across the lifespan. So, it makes sense that there should be a good evidence base for treating the effects of childhood trauma.

In February this year, researchers in the United States undertook a Comparative Effectiveness Review (CER) examining the evidence for interventions that target traumatic stress symptoms and syndromes associated with nonrelational trauma, such as exposure to war, disasters and accidents. The review was sponsored by the Agency for Healthcare Research and Quality (AHRQ). CER’s are designed to guide health care decisions by providing evidence on the effectiveness, benefits and harms of different types of interventions.

The authors noted in their paper:

Although several guidelines on the treatment of PTSD in childhood and adolescence exist, the recommendations are inconsistent and largely not based on evidence from high-quality clinical trials or comparative effectiveness reviews (CER’s). Overall the study found that there was very little evidence to support the current interventions that are being used to treat children presenting with adverse symptoms as a result of nonrelational trauma.

In their systematic review of the literature the authors were able to identify many more studies assessing interventions than those that were included here. Most of these studies were not included in this review as they did not meet the inclusion criteria for the CER or the interventions had only been trialed with children exposed to relational traumas, such as child maltreatment or sexual abuse. This raises the obvious point that there is a need for a more consistent and evidence based approach and also the need for research that is embedded in practice in order to collate evidence about those interventions that are being used to treat trauma in children. However, as the authors note, studying traumatised children is a particularly sensitive area and one that can be difficult to recruit participants into.

Psychotherapeutic intervention may provide benefit relative to no treatment in children with traumatic stress symptoms or exposed to traumatic events and appears not to have associated harms. For practitioners working with children who have been exposed to trauma, it is worth noting that the CER found that interventions with components of CBT were amongst those that demonstrated some efficacy. A review and meta-analysis of CBT for the treatment of posttraumatic stress disorder (PTSD) in children (Kowalk et al) also found that interventions that incorporated CBT were the most effective in treating trauma in children.

Another point to note is that many of the current interventions and much of the research only focuses on the short to medium term outcomes of trauma in children, when we know that the experience of trauma is likely to have long term negative impact on development. This leaves us with a large knowledge gap about what actually helps children and young people over time.

Given what we now know regarding the poor outcomes of many children and young people who are exposed to trauma, it is essential that the knowledge base continues to be developed in order to ensure the wellbeing of children, young people and their families.