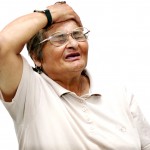 Estimates for the prevalence of self injurious behaviour vary from 4% to 10% as a result of case definition differences and study methodologies. However, such behaviours have a major impact of the quality of life of those involved and present challenges to family members and paid carers.

There is some evidence emerging that suggests that self injurious behaviour may be associated ith characteristics such as a greater degree of learning disability and a diagnosis of autism.

The researchers in this US study were interested in looking at the patterns of responses by carers to adaptive behaviour of people with learning disabilities they supported and to see how what differences there were between these responses when the person supported regularly displayed self-injurious behaviour and when they did not.

They worked with 89 people with moderate to profound learning disability and self-injury and another group of 20 people who were matched along age and IQ score lines. All of the adults they worked with were living in a large residential centre in the US.

They used direct observation as a data collection method and observed around 45 minutes for each participant during unstructured leisure time.

They created Yule’s Q scores, a statistical method of calculating the strength of association between measured variables, to sequence the scores.

What they found was that the carers appeared to be more responsive to people initiating prosocial behaviours, defined as voluntary behaviour that is intended to benefit another and used to describe the quality of interactions among groups, and adaptive engagement, when these people had severe self-injurious behaviour. Interestingly, these responses were much more likely to be in the form of a demand.

They conclude that this provides evidence for the nature of interaction effects among adults with self-injurious behaviour and their carers.
Evidence for Reciprocal Interaction Effects Among Adults with Self-Injury and Their Caregivers, Wolff J et al., in American Journal on Intellectual and Developmental Disabilities, 117,  3, 225-232.