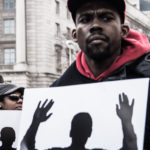 The wider public awareness of police killings of unarmed African American men and women has been, in part, driven by social media and modern technology. State violence against African Americans is clearly as old as the republic. Dashboard cameras and smartphones mean that the public can now see how these events unfolded.

Colin Kaepernick, NFL quarter back and now one of the faces of the latest Nike adverts has been one of the most prominent campaigners against police brutality.

The Mapping Police Violence Project maintains a database of these incidents. There were 1,147 people killed in 2017. Black people were 25% of those killed. African Americans make up 13% of the US population. 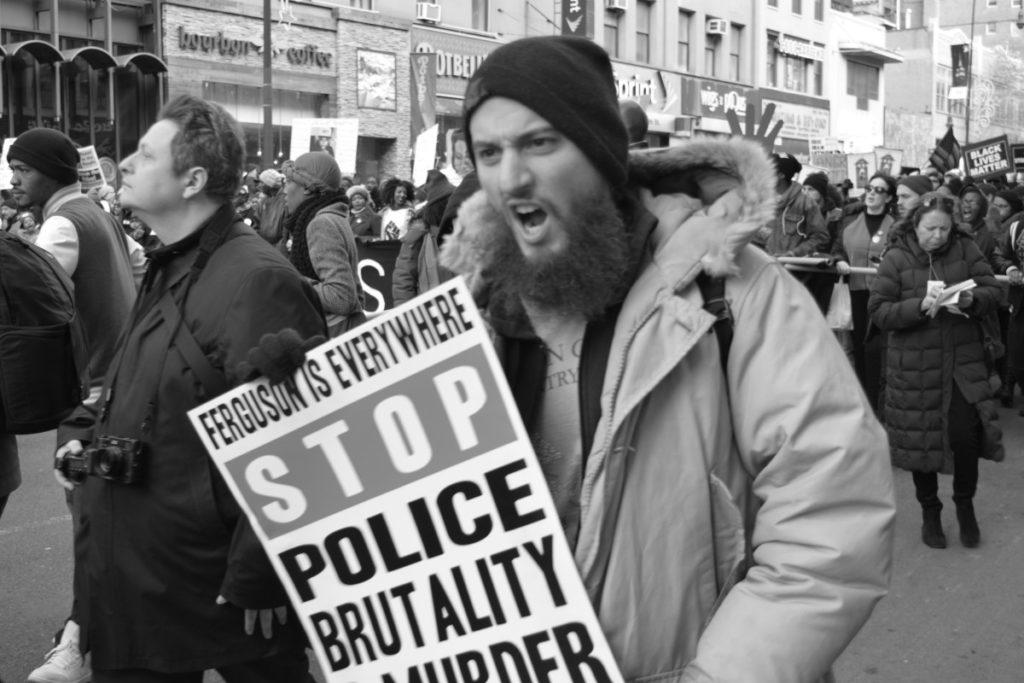 African Americans are disproportionately represented in the total number of people killed each year by US police.

A recent study seeks to examine the broader community impact of these police killings. There is clearly an immediate traumatic impact on the victims and their friends and families. The writers argue that the impacts of racism, as with other forms of trauma can be experienced vicariously. There is a vast literature that demonstrates that structural racism and systemic discrimination have a hugely negative impact on health, including mental health outcomes.

The study was based on data that the researchers obtained from respondents to the US Behavioral Risk Factor Surveillance Survey (BRFSS). This is a health-related telephone survey that collects state data about U.S. residents. It focuses on health risks, chronic health conditions, and the use of preventive services. It collects data from citizens in all 50 states. The survey collects information from people who are aged 18 and over who are living in the community.

This research identified “exposure” to police killings by state of residence in the 3 months prior to the date that the respondent completed the BRFSS survey. The researchers use exposure to cover a range of potential methods, including word of mouth, radio, television and print news as well as social media. As noted above, this is increasingly important in not only highlighting the occurrence of such events but also in showing their brutal nature. The footage of the death of Eric Garner, put in a chokehold by an NYPD officer, is an example of this.

The primary outcome measure that the research used was the number of days in the previous month that the respondents mental health was described as “not good”. The BRFSS survey asks the following question “Now thinking about your mental health, which includes, stress, depression and problems with emotions, for how many days during the past 30 days was your mental health not good?”. 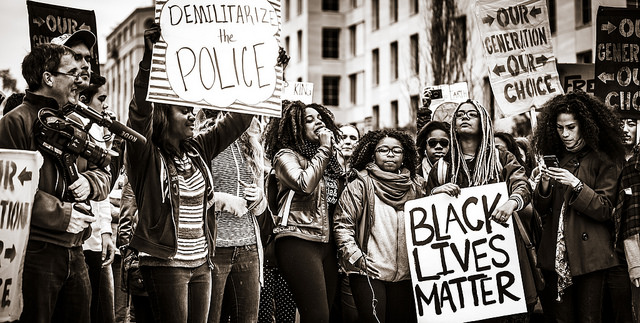 This new research aims to find out what impact police killings have on the mental health of African Americans.

To put this in a broader health context, the researchers conclude: 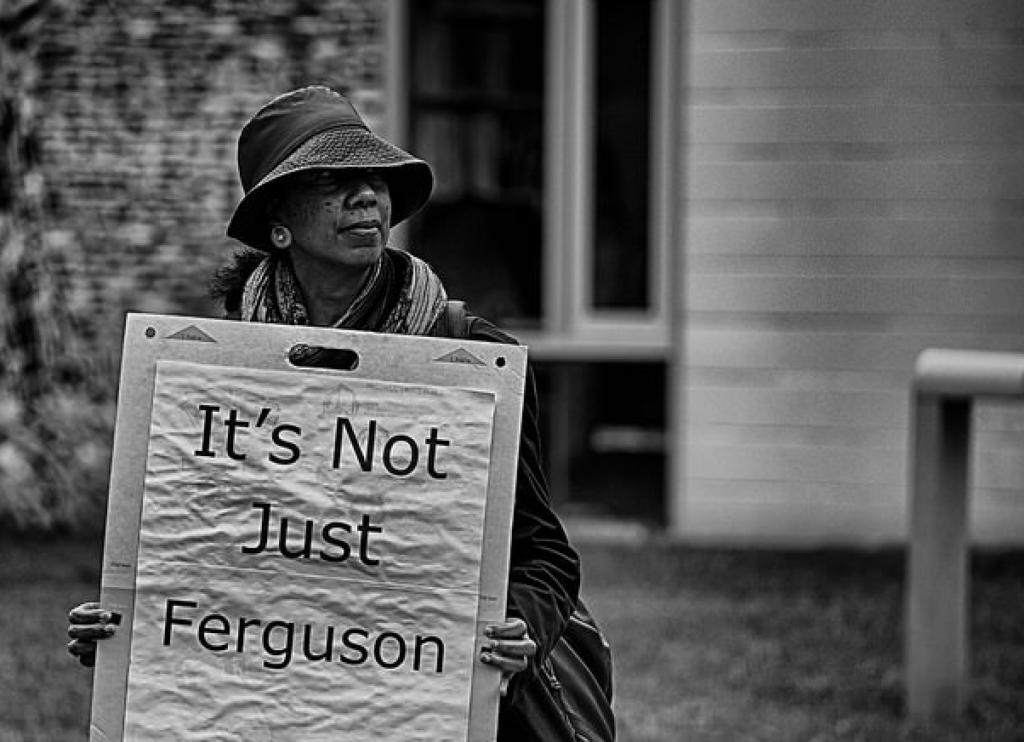 This is a hugely important social issue, highlighted by a study that explores the community based population level impact of one of the most visible signs of structural racism. It is an excellent example of a truly social perspective on mental health issues.

There are some limitations to the study. For example, the study does not include children or adults who are institutionalised. Travyon Martin was 17, and the impact of police violence on children and teenagers is clearly of huge significance. One could hypothesise that the impact might be even greater on this group, who are perhaps at greater risk and have a potentially closer identification with the victims. The impact of the expansion of the use of imprisonment in the US and the overrepresentation of young African American men in these systems means that there is another significant group excluded from the study.

However, these limitations do not detract from the overall impact of this timely and hugely significant research. It is further evidence that there is a need to recognise that health inequalities are the products of structural racism. 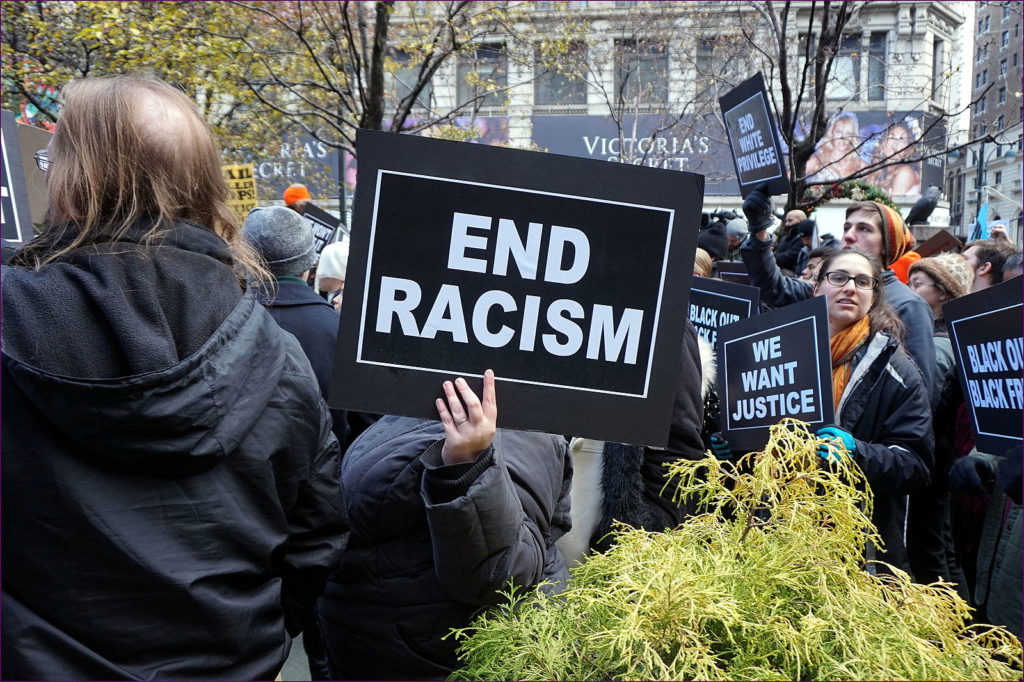 This research is further evidence that health inequalities are the products of structural racism.