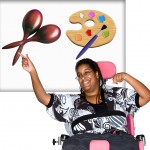 Choice is one of the four fundamental principles of Valuing People, the white paper produced in 2001 to guide development of support for people with learning disabilities in England.

This US study looks at this principle in practice using data from the 2008–2009 National Core Indicators Project. They looked at the impact of a number of factors on the number of everyday choices made by 8,892 adults with learning disabilities and support-related choices made by 6,179 adults receiving services from 19 state agencies.

What they found was that when they controlled for physical and sensory impairment, age, behavioural support, communication, and the state in which people lived, people in residential settings with 16 or more people had less everyday choice than those in other living arrangements.

However, using the same approach to controlling all other variables, they found that if people lived in their own homes and irrespective of their level of learning disability, they had significantly more support-related choices than those in any other residential arrangement.

It also seemed from the data that where people lived impacted on the amount of choice they had, as when the researchers controlled for all other characteristics relating to the individual and their residential setting, the state in which people lived still was still a clear predictor of support-related choice.

Interestingly, the variables the study team tested for accounted for only 44% of the variability in everyday choice and 31% in support-related choice, which raises some interesting questions about what other factors are affecting variability in choice.
Correlates of Everyday Choice and Support-Related Choice for 8,892 Randomly Sampled Adults with Intellectual and Developmental Disabilities in 19 States, Tichá R et al, in Intellectual and Developmental Disabilities, 50, 6, 486-504.