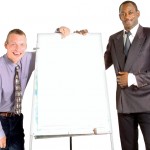 This study set out to look at how an inclusive approach to data analysis in a  research project with a group of self advocates increased the group’s capacity for self advocacy.

The researchers presented numerical data in three visual formats for analysis, which were analysed and interpreted by 17 members of a People First group using the modified focus group approach developed by the researchers.

The study found that all the group members were able to participate in data analysis, but not all of them participated in data interpretation.

They found that members’ interpretations suggested an increased sense of empowerment in the group. Their increased capacity to run a meeting and involvement in the participatory action research cycle also heightened their awareness of action and reflection.

The authors conclude that the strategies they used to present data visually and to work with the group to carry out the analysis fostered an inclusive process. The team were also able to ensure that the People First members were familiar with the data collection tools used which ensured a deeper understanding of, and involvement in, the project.