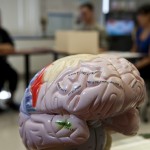 Traumatic Brain Injury (TBI) is classified by The World Health Organization as the leading cause of death and disability among children and young adults worldwide (WHO, 2006, p. 164). An estimated 235 per 100,000 Europeans acquire brain injuries each year, with more than  6 million TBI survivors already living in Europe (Tagliaferri et al, 2006).

There are many long-lasting consequences of TBI including cognitive, behavioural and emotional problems (Barnes & Ward, 2005). Pharmacotherapy interventions have been suggested to alleviate cognitive impairment in TBI sufferers. The current review aimed to assess the evidence for such interventions (Dougall et al, 2015). 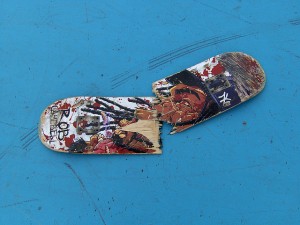 Traumatic brain injury is the leading cause of death and disability among children and young adults worldwide.

The Cochrane Dementia and Cognitive Improvement Group’s Specialised Register was searched for studies that examined the effectiveness of pharmacological treatment for cognitive impairment in people with traumatic brain injury. The search included both healthcare databases and trial registers. Studies were included if:

The primary outcomes of interest were performance on psychometric and neuropsychological tests or scores on screening measures that measured memory and cognitive function; global severity of cognitive impairment and global impression of change. Acceptability of treatment (as measured by withdrawal from trial), safety, mortality and subjective benefit were all secondary outcomes.

Analyses were carried out on results from phase one of each included study.

Four studies in total were included in the review (3 from the United States, one from Sweden). Seven RCTs that matched inclusion criteria were found, however, two cross-over design studies could not be included as data for phase one was not available from the authors; another study was not included due to the lack of a placebo control. Table 1 summarises the treatments and participants.

Neither modafinil nor atomoxetine demonstrated superiority over placebo on any measure of cognition. The effects of rivastigmine were superior on one measure in the current review (CANTAB RVIP −44.54 milliseconds, 95% CI −88.62 to −0.46), but not in the original trial. Rivastigmine was also effective on the same measure in a subgroup of participants with greater cognitive impairment.

Safety and acceptability were two secondary outcomes that were reported on. Participants reported more adverse effects for modafinil and atomoxetine, however this was not statistically supported. One participant required a dose reduction in the (-)-OSU6162 trial due to adverse effects. More participants taking rivastigmine reported nausea compared to those taking placebo (19/80, 23.8%versus 6/77, 7.8%, risk ratio 3.05, 95% CI 1.29 to 7.22). Two people dropped out of the modafinil treatment arm, none in the placebo group. There were no deaths reported in any of the included studies.

The review included only randomised controlled trials to assess the effects of centrally acting pharmacological agents for treatment of chronic cognitive impairment subsequent to traumatic brain injury in adults. There were very strict inclusion criteria and the authors chose to only include data from phase one of the treatment. This is a strength for cross-over design studies particularly as this controls for the possibility of long term treatment effects once a group’s treatment is switched to placebo following pharmacological treatment. However, two studies were excluded because data from phase one were unavailable.

The limited number of included studies, rather than a limitation, is likely to be indicative of a lack of well controlled research into pharmacological treatments for cognitive impairment following TBI.

There was no evidence to support modafinil or atomoxetine as a treatment for cognitive impairment as a result of TBI. There was weak evidence to suggest that rivastigmine may be helpful in the treatment of cognitive impairment in one measure of cognitive functioning in this review, however the same effect was not significant in the original study possibly due to the use of a different statistical test, and the findings that (−)-OSU6162 may be superior to placebo must be interpreted with caution as the sample size in this group was so small (n=6).

Overall the authors concluded that:

there is insufficient evidence to determine whether pharmacological treatment is effective in chronic cognitive impairment in TBI.

Two of the four included studies had fatigue as their primary outcome, which further suggests that more research  in the specific area of cognition may be necessary.

In closing, the review highlights a gap in the research in such treatments for TBI, the authors suggest that future research should also focus on outcomes such as neurobehavioral symptoms as well as cognitive impairment and memory performance. 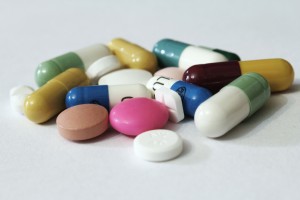 This review highlights a lack of RCTs that explore the potential value of medication for cognitive impairment following traumatic brain injury.