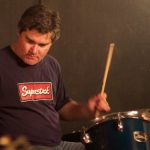 In the Woodland we celebrate well structured, delivered and analysed research; (hopefully) turning the outputs into easy to read blogs. The series of research studies in this blog come from a very impressive and detailed piece of work and I will highlight the abstracts and key outcomes only. I would however strongly recommend reading the original document especially if you are looking for an example of a structured, high quality, quantitative and qualitative study.

In May of this year, this programme of research into the relationship between coronary heart disease and depression in primary care patients was published as part of the Programme Grants for Applied Research (PGfAR) programme, which is part of the National Institute for Health Research (NIHR),

The PGfAR was set up in 2006 to produce independent research findings that will have practical application for the benefit of patients and the NHS in the relatively near future. The programme is a national funding scheme that aims to provide evidence to improve health outcomes in England through promotion of health, prevention of ill health, and optimal disease management (including safety and quality), with particular emphasis on conditions causing significant disease burden.

The overlap between long term conditions and mental health would seem to fit perfectly within this description; Coronary heart disease (CHD) and depression are predicted to be the two leading causes of health-related disability worldwide by 2020. In 2007, the annual societal costs of depression in England were estimated to be £7.5B, projected to be £12B by 2026. The King’s Fund estimated that £1 in every £8 spent on long-term conditions is for comorbid mental health.

Depression is more prevalent in patients with CHD, but the nature of this relationship is uncertain. Many people with CHD are depressed and research on people who have had a heart attack found that depression increases the chance of further heart attacks. 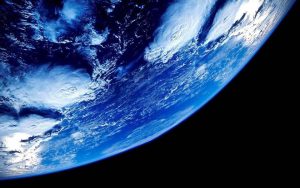 It’s predicted that by 2020, coronary heart disease and depression will be the two leading causes of health-related disability worldwide.

Tylee et al on behalf of the UPBEAT-UK team have pulled together the results from these 4 relate studies:

The team developed an evidence-based intervention informed by patient and clinician preferences and established theory. This was a primary care-based nurse-led personalised care intervention. Following a face-to-face assessment, nurses trained in behaviour change techniques facilitated patients to address the problems that they perceived as most important to them and which related to their CHD or depression. Existing resources for CHD or depression-related problems were identified and used by nurses. Follow-up was by telephone.

1. Meta-synthesis and qualitative study of general practitioners and practice nurses

Meta-synthesis identified seven qualitative and 10 quantitative studies, none of which concerned depression and comorbid physical illness.

GPs and PNs reported that:

30 patients with depressive symptoms on the CHD register were interviewed:

17 practices agreed to participate. Of 3,325 patients on CHD registers, 1,001 consented to contact, of whom 81 were eligible and randomised (41 intervention, 40 control).

This was a pilot trial, and so was not powered to detect efficacy of the intervention, therefore there are no p-values within the report findings.

Anxiety was an independent predictor of myocardial infarction and cardiovascular death (RRR 3.93, 95% CI 1.95 to 7.90). Depression did not predict any cardiac outcomes. 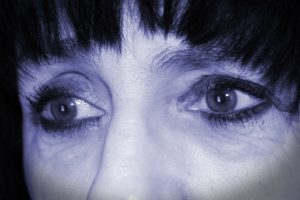 Over the 3 years, anxiety was more prevalent than depression in this CHD cohort.

Together this combination of morbidities pose a complex management problem for GPs and PNs. The pilot trial of personalised care (PC) suggests a promising approach for treatment of these patients. Generalisation is limited because of the selection bias in recruitment of the practices and the subsequent participation rate of the CHD register patients, and the fact that the research took place in south London boroughs.

The paper’s conclusion is that further research is needed to understand the links between anxiety, chest pain and heart disease, and to further develop the promising findings that PC can be helpful in reducing chest pain in general practice. I would also add that there is a strong educational component required within primary care to improve clinician’s confidence in how best to manage CHD patients’ symptoms in the context of the many psychosocial problems.

The notion of PC promoting self-management fits with the principles of the Five Year Forward View and PC combining case management and self-management with an extra emphasis on anxiety needs to be further piloted and definitively tested with primary care staff. I’m upbeat, I feel good.

Last reply was September 23, 2016
Try out our members features!