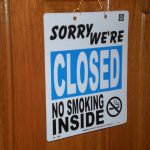 There has recently been much academic and media attention on the so-called “weekend effect” observed in healthcare services, whereby patients admitted at the weekend are found to be at an increased risk of dying.

The effect is thought to occur both due to the differing clinical characteristics of patients who are admitted at the weekend but also due to the varying availability of healthcare services on different days of the week (Concha, 2014). This has led to the notion of a 7 day healthcare service becoming a policy priority, with the mental health task force advocating that people facing a crisis should have access to mental health care 7 days a week and 24 hours a day.

However, to date, much of the attention on the ‘weekend effect’ has focussed on those who seek admission for a physical healthcare issue rather than a mental health issue. It is important to study the effects of weekend admission on mental health patients, given that community mental health services usually provide mental healthcare during the working week only, and whilst inpatient care in psychiatric hospitals is provided throughout the week, there is reduced scheduled activity at the weekend (Jacobs, 2011).

This blog outlines the findings from two studies recently published in the British Journal of Psychiatry that have investigated the weekend effect in mental health patients. 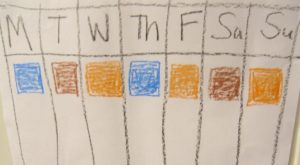 The NHS is being urged to become available 7 days a week.

Both studies utilised large pre-collected datasets to examine their specific aims. Patel et al. (2016) accessed anonymised electronic health record data from SLaM (the South London and Maudsley NHS Trust) examining all hospital admissions of adults (16yrs+) to a psychiatric hospital in SLaM between 1st April 2006 and 31st March 2015. This resulted in data from 45,264 hospital admissions. Kapur et al. (2016) accessed suicide data collected from the National Confidential Inquiry into Suicide and Homicide by People with Mental Illness (NCISH), which provided data on individuals aged 10yrs+ who had died by suicide between 2001 and 2013 in England.

The primary outcome in Patel et al’s (2016) study was death during hospital admission and the secondary outcomes were duration of hospital admission and number of readmissions to hospital in the 12 months following discharge. In addition to this, Patel et al. (2016) examined a subset of admissions to Psychiatric Intensive Care Units (PICU); specialist inpatient wards that have higher staffing levels and provide intensive therapy to severely mentally ill patients with a significant risk of harm to their self or others. For this subset of admissions, Patel et al. (2016) looked at episodes of seclusion and violent incidences. Finally, the following covariates were included in Patel et al’s measures; age, gender, ethnicity, mode of admission (i.e. whether compulsorily under the UK Mental Health Act), source of admission (home, acute hospital, other psychiatric hospital, criminal justice system, other) and length of admission.

Patel et al (2016) utilised several forms of analysis to explore their aims. First, univariate and multivariable binary logistic regression were used to investigate the association of the covariates with weekend admission. Next, weekend admission was analysed with death during admission (multivariable binary logistic regression), length of admission (multiple linear regression) and number of readmissions (multivariable negative binomial regression). Finally, to investigate the distribution of adverse outcomes across the 7 day week, Patel et al. (2016) obtained descriptive statistics for inpatient deaths, admissions, discharges, seclusions and violent incidents for each day of the week and then used a chi-squared goodness of fit test to identify whether there were any significant differences in the number of outcome events occurring on different days of the week.

Similarly, Kapur et al. (2016) used several forms of analysis to investigate their hypotheses. Initially, they examined the timing of suicide by day of the week. Then, Poisson regression models were fitted with the number of suicides on each day as the dependent variable. This allowed for the calculation of incident rate ratios (IRR) with 95% confidence intervals comparing the suicide incidence at the weekend with incidence during the working week. Finally, Kapur et al. (2016) also examined the timing of suicide by the month of the year to investigate ‘The August effect’.

In relation to inpatient mortality, Patel et al. (2016) found that fewer inpatient deaths occurred among patients admitted at the weekend (3.1 per 1,000 admissions) compared to patients admitted in the week (6.8 per 1,000 admissions). This was a significantly reduced risk; however the risk was no longer significant after adjusting for demographic and clinical variables in multivariable analysis. In addition to this, there was no statistically significant variation in deaths by day of the week.

Kapur et al. (2016) found a significant difference in the incidence of suicide between weekdays and weekends for all patient groups that, contrary to their hypotheses, revealed a lower risk of suicide at the weekend than during the week (inpatients IRR = 0.88, post-discharge IRR = 0.85, CRHT IRR = 0.87). Further to this, it was found that inpatients who died by suicide were less likely to have been admitted to hospital at the weekend than during the week (IRR = 0.52). Finally, Kapur et al. (2016) found no evidence of an August peak in suicide. 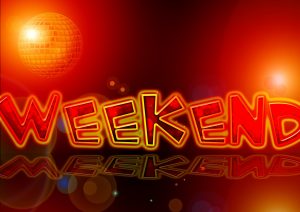 Fewer inpatient deaths occurred among patients admitted at the weekend and there was a 12-15% reduced risk of suicide at the weekend.

Mental health patients admitted at the weekend were more likely than weekday admission patients to:

Mental health patients admitted at the weekend were less likely than weekday admission patients to:

So, given that some of these results are somewhat unexpected, how should we interpret them? Patel et al. (2016) suggest that staff shortages may be able to explain why at the weekend there are fewer admissions in general, fewer compulsory admissions, fewer home admissions, fewer discharges and fewer seclusion episodes.

However, both studies found a reduced risk of mortality at the weekend. Kapur et al. (2016) use this finding as evidence to suggest that whilst reduced medical staffing may account for the weekend effect in acute medical and surgical specialities, it may be that mental health is “relatively protected from this because it is more community focussed, more multidisciplinary in nature and perhaps less reliant on on-call medical staff out of hours.” (Kapur et al, 2016, pg. 338).

Patel et al. (2016) add that the reduced likelihood of inpatient death may reflect the different clinical and demographical characteristics of those admitted at the weekend. For instance, those admitted at the weekend are likely to be younger, which may mean there is less co-morbidity in these patients than weekday patients which could affect mortality rates. Patel et al. (2016) further this by suggesting that it may also be the difference in clinical characteristics which contributes to weekend admission being significantly associated with a reduced length of admission and an increased frequency of readmission. 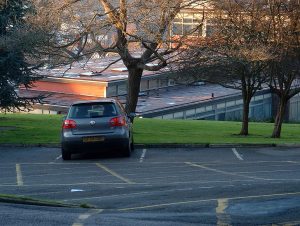 Weekend staff shortages may explain why there are fewer admissions, discharges and seclusions.

Both studies should be commended for utilising large datasets with a range of participants covering a large geographical area. Despite this, the studies suffer from methodological limitations, some of which overlap both of the studies. For instance, both studies used only a descriptive design, meaning that each was unable to investigate causal mechanisms. Both authors recognise this, with Patel et al. (2016) outlining specific information that is missing from their study such as predisposing / precipitating factors to weekend admission, and healthcare service factors such as staffing level and bed availability.

Both studies involved the secondary analysis of pre-existing data, which can sometimes cause a number of ethical challenges (Tripathy, 2013). Whilst Patel et al. (2016) should be commended for outlining their ethical approval for the use of this data due primarily to it being an anonymised dataset, such a level of detail is somewhat absent from Kapur et al’s (2016) methodology. This is a cause for concern in relation to the ethics of the use of this data, including potential violations of participants’ anonymity and consent.

These studies are amongst some of the first to investigate clinical outcomes associated with weekend admission to mental health services. Both studies found that patients admitted at the weekend are not at greater risk of inpatient mortality than those admitted during the week. This has clear implications for the development of a 7 day healthcare service. Kapur et al. (2016, p. 338) assert that their findings do not support the need for a 7 day healthcare service, stating:

Seven day working for medical staff is currently a policy priority in the NHS and has a number of potential advantages, such as improving access to care, enhancing continuity of support and reducing morbidity. A key aim of such models is to improve quality and save lives. However, our study does not support the claim that safety is compromised at weekends, at least in mental health services.

Patel et al. (2016), however, point towards some of their findings such as the fact that weekend admission patients are more likely to have brief admissions and subsequently be readmitted, as evidence that mental healthcare on all 7 days of the week should not only include psychiatric hospital care, but also access to primary care, community mental health and social care services.

This evidence suggests that, compared to week days, the safety of mental health service users is not compromised at weekends.