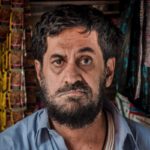 The topic of this year’s World Mental Health Day was suicide prevention, so the new systematic review by Knipe and colleagues is very timely. Suicide accounts for around 800,000 deaths worldwide per year. It is often assumed that people who die by suicide must have been suffering from mental illness, which shapes the way we think about how to prevent suicides (i.e. by providing mental health care to those who are at risk). However, our understanding of this issue is hindered by the fact that the majority of mental health research is done in high-income countries (HIC), whereas the majority of the world’s population lives in the rest of the world.

In HIC settings, 80% to 90% of people who die by suicide appear to meet diagnostic criteria for a mental disorder. However, 75% of deaths by suicide occur in low- and middle-income countries (LMIC) and we know far less about the association between mental illness and suicide in these contexts. To inform global and national suicide prevention efforts, we need a better understanding of what leads to suicide in LMIC.

Knipe and colleagues therefore set out to estimate the prevalence of mental illness in people who attempted or completed suicide in LMIC, through a systematic review and meta-analysis. 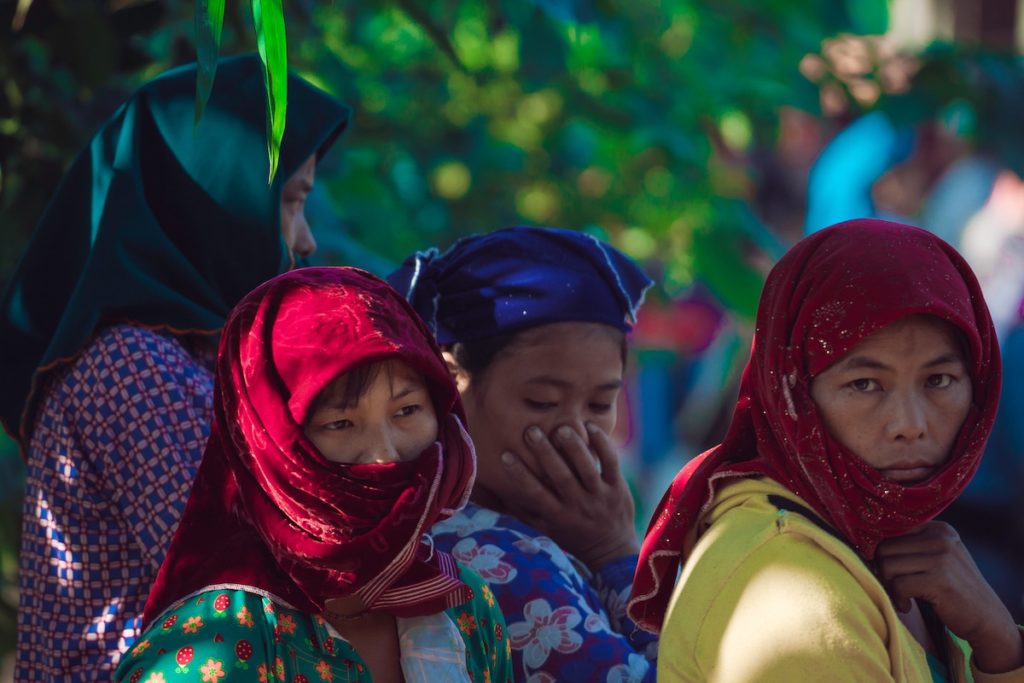 Most people who die by suicide in high-income countries meet criteria for a mental disorder, but 75% of suicides occur in low- and middle-income countries. We need to understand whether the same is true across the world, to inform suicide prevention efforts.

The authors searched three databases covering medicine and psychology (although none dedicated to global health), from 1990 to 2018, and screened references of included papers.

Their search strategy focused on the three main concepts under investigation – mental health, suicide and self-harm, and LMIC – and was not restricted to articles published in English. They used a broad definition of suicidal behaviour, including self-inflicted injuries where suicidal intent is unknown, but analysed completed suicides separately from non-fatal injuries (there was, however some uncertainty in separating these as they weren’t reported separately in all papers).

The authors also defined mental illness broadly, including diagnoses based on research diagnostic criteria with structured clinical interviews, as well as those diagnosed by clinicians and those who merely screened positive using validated screening scales. They also included studies of only one specific method of suicide. However, these criteria were reflected in the quality ratings, and the authors repeated their analyses when restricting to only high quality studies.

Since their main research question was how many of those who die by suicide met diagnostic criteria for a mental illness when they died, they excluded studies where it wasn’t clear whether mental illness came before suicidal behaviour.

Following best practice, the authors used double screening to ensure consistency, used a recognised quality assessment approach, and published their protocol in advance including their analysis plan, so it was clear which additional analyses were post hoc.

Most of the studies (89/112) the authors found were of self-harm or attempted suicide rather than completed suicides. Only 17 studies were rated as good quality, of which just 6 were of actual suicide deaths (from China, Indonesia, and India), including a total of 1,798 individuals. Suicide deaths were primarily identified through coroners’ or police records.

The studies identified didn’t cover all LMICs, but included several of the most populous countries, such as India and China. These countries are known to have different suicide profiles from HIC (e.g. the gender ratio shows a higher probability of suicide among women whereas in HIC men are at much higher risk).

Overall, they estimate that 58% of those who die by suicide met criteria for a psychiatric diagnosis (95% CI 46%–71%), based on high-quality studies only (similar figures were found when including all studies). For self-harm, the figure was 45% (95% CI 30%–61%). Mood disorders were most prevalent in both suicide and self-harm.

There was a lot of heterogeneity in estimates between studies, most of which was unexplained. Studies that included more males tended to have higher rates of mental illness than those with fewer male participants, but the relationship with gender was not clear-cut: Those studies that presented rates by gender showed mixed results. 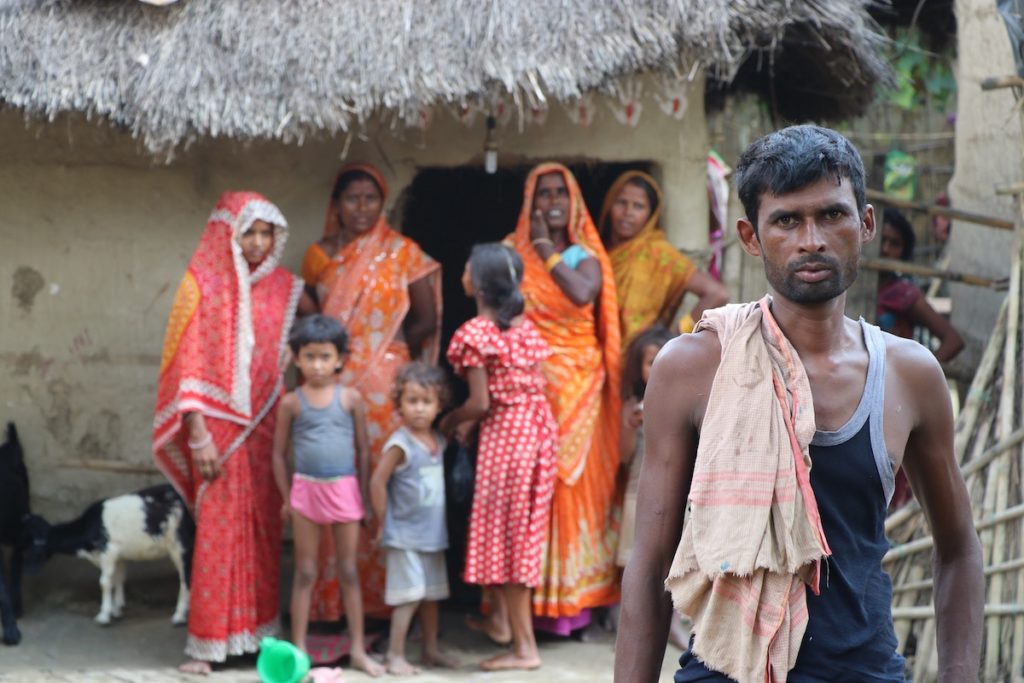 There are a few potential explanations for this. Firstly, the methods that people use to attempt suicide vary by setting. In places where more lethal methods are used, more of those who self-harm during more temporary distress are likely to die. For example, in rural India and China, poisoning by pesticide is a common method of suicide – this is highly lethal, and is compounded by lack of access to healthcare nearby.

The authors also suggest that in some cases suicide could be a form of protest by marginalised groups in some Asian countries, for which there is some tentative ethnographic evidence, although it’s far from clear that this provides a definitive explanation of the difference with high-income countries.

Of course, suicides are frequently under-reported, particularly where suicide is still criminalised. There is therefore a possibility of ascertainment bias if those deaths that are associated with psychiatric symptoms are more often recorded as due to other causes. It is not obvious why this would be the case, however.

Finally, the authors briefly recognise that the international classification systems may not adequately capture the way in which mental disorders are expressed in all contexts. Plenty of evidence shows that psychological distress is frequently expressed through somatic symptoms (e.g. body aches) rather than emotional symptoms in both India and China, so it is possible that diagnostic interviews under-estimate the prevalence of mental disorder due to these divergent presentations. 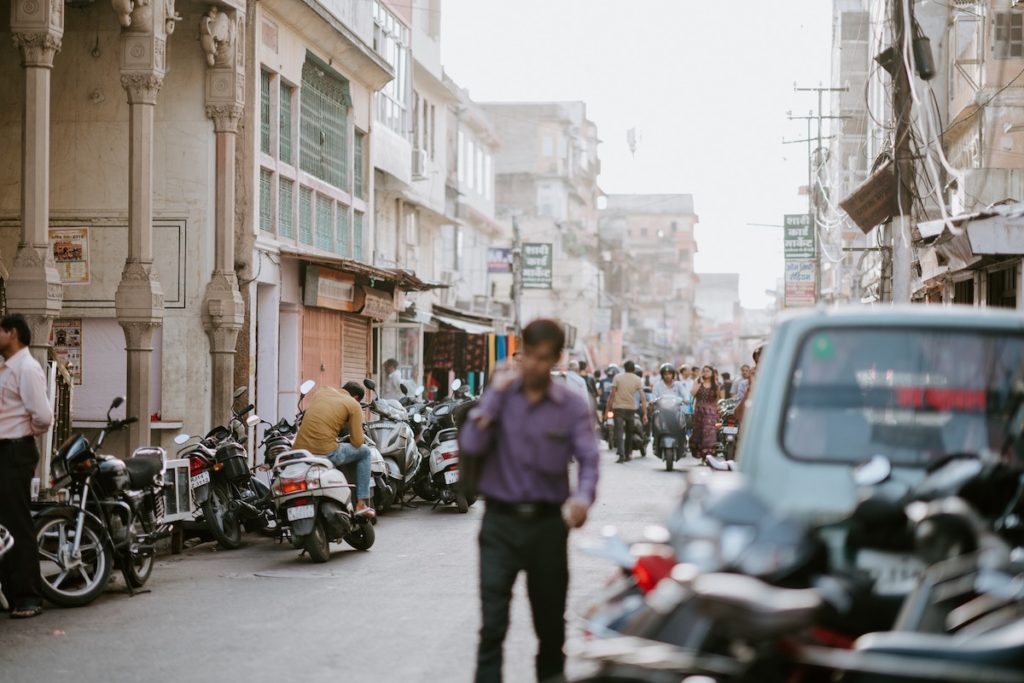 Could we be under-diagnosing mental illness in Asian countries where symptoms tend to be expressed as physical pain rather than emotional symptoms?

The review has several strengths. One in particular is that – unlike many “global” reviews – they included papers that were not written in English, resulting in the inclusion of 18 papers in other languages. As the authors acknowledge, though, they are still likely to have missed some non-English language studies since the databases they search mostly index papers in English.

As the authors also point out, the majority of studies were of low quality, and examined self-harm (including suicide attempts, but without differentiation from other self-harm behaviours) rather then completed suicide. Clearly, we need better data to fully understand the links between mental illness and suicide in LMIC.

They justify the inclusion of non-fatal injuries regardless of whether someone was trying to end their life on the basis that many studies did not distinguish between attempted suicide and non-suicidal self-harm. Calling all self-injuries that did not result in death “non-fatal suicidal behaviours” is, however, slightly misleading.

Their search strategy focused on general terms for mental illness but didn’t include specific mental disorders, so they might have missed studies that focused specifically on, for example, mood disorders and suicide. (These could not answer the question regarding prevalence of any mental illness in suicide cases, but might have broadened the geographical scope of the final sample to see whether mood disorders are more common in suicide is non-Asian LMICs, for instance.)

Since all of the high quality studies of suicide (rather than self-harm) were from India, China and Indonesia, the results could be more accurately described as showing a weaker association between mental illness and suicide in Asia than HIC, rather than generalising to all LMIC. This is nonetheless an important finding, since Asia accounts for 60% of suicides globally. There was a lot of unexplained variation even within regions, however, demonstrating the importance of understanding which factors account for differences between populations rather than looking only at crude comparisons of world regions based in income level (HIC versus LMIC).

A final limitation that was not discussed in the paper is whether the accuracy of “psychological autopsy” methods – used to retrospectively assess someone’s mental state after death by interviewing people close to them – varies by context. My own research in rural India suggested that the relatives of people who met diagnostic criteria for depression were often unaware of their relative’s emotional symptoms (or unwilling to report psychological distress in their family member when asked), raising the possibility that key informants under report mood problems in settings where such issues are rarely discussed, leading to under-diagnosis. However, the conclusions of the review are consistent with evidence from suicide attempters where direct interviews are possible. 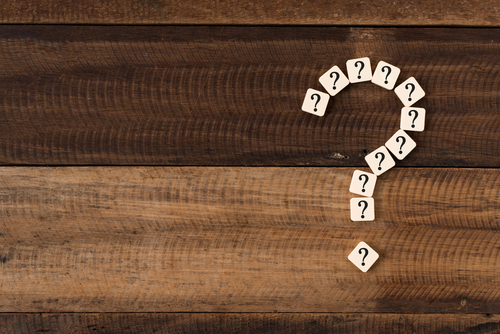 We don’t know whether “psychological autopsy” methods, which are used to assess people’s mental state after death, are equally accurate across all settings.

The authors conclude that while access to mental health care is important, other factors need to be considered in suicide prevention efforts. For example, there is strong evidence that restricting access to lethal means of suicide (e.g. pesticides) reduces suicide rates. There is also a strong association between economic stressors and suicide rates, particularly among men, suggesting that financial protection (e.g. agricultural insurance schemes for farmers whose crops fail) should be considered as an important component of suicide prevention programmes. Research from Brazil has shown that a conditional cash transfer programme to reduce poverty effectively reduced suicide rates, whereas expansion of mental health services had a much smaller effect. Finally, there has been much written about female oppression, gender violence and family conflict as key risk factors for suicide among Asian women, which also points to locally appropriate interventions targeting these factors as another potential route to be suicide reduction that merit evaluation.

Regardless of whether the current findings are due to under-detection of mental illness in some populations, or whether suicide genuinely occurs in the absence of mental ill health more frequently in Asia, it remains the case that the availability of mental health services has little effect on overall population suicide rates (in fact, some studies show an increase in suicides with greater access to mental health services e.g. Rajkumar, 2013; Burgess et al, 2004). That is not to say that providing mental health treatment is unimportant – everyone should have the right to mental health care when they need it and they can be life-saving at an individual level – but any effective suicide prevention strategy will require a broader, inter-sectoral approach that recognises the wider determinants of suicide 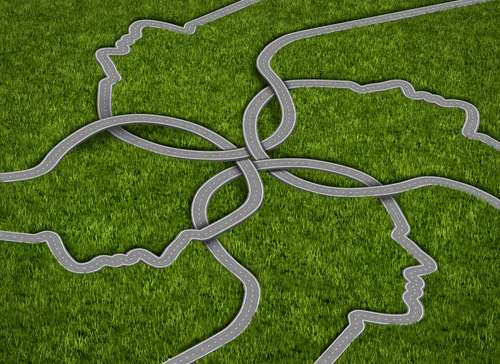 Effective suicide prevention requires broader strategies than just the provision of mental health services, such as restrictions on lethal substances and protection against economic crises.