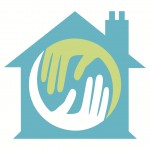 There is remarkably little research in this field. Epidemiological studies of suicidal behaviour in children and young people from the care system have previously come mainly from Scandinavia. A Swedish longitudinal national cohort study (ref 2) from last year concluded that every seventh girl (14%) who left long-term foster family care after age 17 was hospitalised after a suicide attempt in her twenties.

This new retrospective cohort study (ref 1) comes from researchers in Manitoba, Canada. They looked back at 11 years of data from medical registers to find out if children and adolescents in the child welfare system are at increased risk of suicide and attempted suicide, compared with those not in care.

8,279 children and adolescents (aged 5–17 years) who spent at least 30 days in the care system from 1997-2006 were compared with a wider population-based control cohort of 353,050 similarly aged children and adolescents in the region not in care. All study participants in the care group had to have been removed from their home. All children studied were similar in terms of age and gender, but unsurprisingly the children in the care group were more likely to come from deprived families.

Children and adolescents in care were at greater risk of suicide and attempting suicide than those who were not in care. Rates of suicide attempts and hospital admissions within this population were highest before entry into care and decreased thereafter.

Health and social care professionals should be made aware of this research. The care home experience is a prominent risk marker for suicidal behaviour among teenagers and young adults.