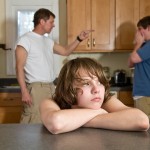 Suicide is rarely far from the headlines these days, but the last week has seen a number of high profile stories in the mainstream media. First there was the tragic death of the much loved footballer Gary Speed, which has been followed by a huge amount of press coverage.  Then on Saturday The Sun newspaper published an incredibly insensitive piece on suicide from Jeremy Clarkson.

In this context, it’s encouraging to see high quality research that investigates the reasons why people reach the point where they consider taking their own life. In my work scanning for articles to include in The Mental Elf, I see new systematic reviews and meta-analyses published every week on this topic, so it’s clearly a field where we are learning how to improve the situation year on year.

This new review was carried out by a team from Bristol University who were interested in finding out whether children of people who attempt or commit suicide are at greater risk of suicidal behaviours or affective disorders themselves.

The reviewers conducted a systematic and comprehensive search and found 28 studies, half of which they included in their meta-analysis. They calculated crude odds ratios and adjusted odds ratios (aOR) using fixed-effects models.