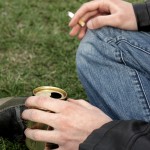 This report from the NHS Information Centre contains results from an annual survey of secondary school pupils in England in years 7 to 11 (mostly aged 11 to 15). 7,296 pupils in 246 schools completed questionnaires in the autumn term of 2010.

Key facts from the report: