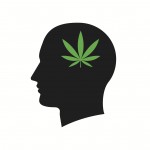 Cannabis is the second most commonly used recreational drug, after alcohol, in the UK. The number of regular users has risen considerably over the past decade, and this has been particularly apparent in the adolescent population.

With this rise there have been concerns about the long term consequences of heavy cannabis use. Cannabis use has been associated with a number of negative outcomes including schizophrenia, memory impairments, and depression. However cannabis use is also associated with a number of other factors- including family adversity, parental drug use, and childhood conduct problems; and these factors are often also linked with negative psychological and mental health outcomes too. This make it very hard to tease apart relationships between drug use and health outcomes, and determining causation rather than just association is therefore very difficult.

So with this background, here is a meta-analysis from earlier this year that assessed the association between cannabis use and depression.

As the authors discuss, a number of cross-sectional studies (Grant, 1995 and Chen, 2002) have demonstrated higher rates of depression in heavy cannabis users, but two previous systematic reviews of longitudinal studies (where participants are followed-up over a period of time) have found mixed and inconclusive findings (Degenhardt, 2003 and Moore, 20o7). This recent meta-analysis aimed to update and expand on these previous reviews. The authors conducted a search for papers assessing the risk of developing depression associated with cannabis use. They included only longitudinal population-based studies that specifically looked at depression and cannabis outcomes, and that either controlled for depression at study entry or excluded individuals with baseline depression.

Effect sizes were extracted or calculated from individual studies, then combined in a random effects model to create a pooled odds ratio (OR) reflecting the odds of developing depression following cannabis use.

The authors then ran a series of sensitivity analyses to examine the robustness of the findings. First by including only studies which gained a quality score of at least 8 out of 9 on the Newcastle-Ottawa Scale:

And secondly by including only studies with a diagnosis of depression or dysthymia (excluding those with the outcome of depressive symptoms):

There was marginal evidence of publication bias only for the cannabis use analysis. Statistically accounting for this led to a reduced pooled OR of 1.13 (95% CI 1.01–1.27). However when only top quality rated studies were included the association became less strong; and when a depression diagnosis was used as the outcome the association was no longer apparent. The sensitivity to these changes may question the robustness of this association, and suggests the estimated increase in risk may be inflated.

The strength of this review is that the authors looked only at longitudinal studies; so any depression that existed before cannabis use could be controlled for. However finding an association between cannabis use and depression still does not tell us whether cannabis causes depression. There are still other factors that may be confounding the relationship.

For example, only two studies controlled for parental drug use, and this is known to be linked to both drug use and mental health outcomes in offspring. It is also important to consider other factors that may explain the association, such as socioeconomic factors and other drug use (including alcohol and tobacco). Again while some studies included controlled for these factors, others did not.

Variation in findings may also suggest that different user groups have different vulnerabilities to cannabis use. The authors therefore make an important point that it may be more helpful to focus on the possible mediators of a relationship between cannabis use and depression, by exploring the situations and vulnerabilities that may put some cannabis users at greater risk of depression.