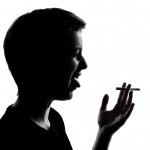 The NHS Information Centre have published their annual survey of secondary school pupils in England in years 7 to 11 (mostly aged 11 to 15). 6,519 pupils in 219 schools completed questionnaires in the autumn term of 2011.

The survey report presents information on the percentage of pupils who have ever smoked, tried alcohol or taken drugs. The report also explores the attitudes and beliefs of school children towards drug taking and from where and from whom children obtain drugs.

Here are the key facts from the survey:

But, how reliable are these results?

Surveys are notoriously unreliable, especially when you are asking children about behaviour that they may wish to conceal from adults or exaggerate to their peers.

The survey team tried to mitigate against these problems by collecting data in school classrooms rather than at home and repeatedly assuring that responses would be treated confidentially.

They also carried out two investigations to test the reliability of the responses: