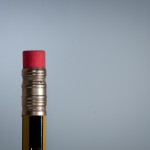 Nalmefene (Selincro) is an opioid antagonist medication that was approved for the treatment of alcohol dependence by the European Medicines Agency (EMA) in 2013 and recommended by the National Institute for Health and Care Excellence in the UK in 2014 (NICE, 2014). Its approval was controversial, because some doctors were skeptical about the quality of the evidence (see Braillon, 2014; Spence, 2014).

Two recent articles are likely to revive this debate, and they raise broader issues about why the drug was licensed and recommended as a treatment for alcohol dependence: 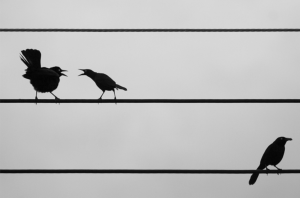 Nalmefene was recommended by NICE in their 2014 technology appraisal, but this decision was controversial.

Palpacuer et al. (2015) identified nine double-blind RCTs through searches of the published literature, trial registries, and by direct contact with pharmaceutical companies. Seven of these trials were published and two were unpublished. Their primary meta-analysis was limited to five RCTs that compared nalmefene to placebo and had a follow-up period of at least six months. The other studies were included in additional sensitivity analyses.

Palpacuer et al.’s (2015) primary meta-analyses on five RCTs that had a follow-up period of at least six months indicated that there was no difference between nalmefene and placebo on mortality or quality of life.

However, the devil is in the detail. These values do not take account of the fact that participants who received nalmefene were more likely to report minor adverse events and to withdraw from the study. When this was taken into account using Baseline Observation Carried Forward (BOCF) analyses, the beneficial effects of nalmefene were no longer robust (heavy drinking days MD = -0.22, 95% CI = -1.12 to 0.68; total alcohol consumption SMD = -0.01, 95% CI = -0.11 to 0.08). It was only possible to perform this analysis on three of the five RCTs (data was not available for the other two).

Fitzgerald et al. (2016) make a number of important observations about the conduct and reporting of the three published industry-funded trials of nalmefene, as well as highlighting the results from Palpacuer’s sensitivity analyses (described above).

First, it appears that some of the primary outcome measures (heavy drinking days and total alcohol consumption) were altered after data collection had started.

Second, secondary analyses of trial data were based on a subsample of participants (approximately two thirds of the total sample) who did not reduce their alcohol consumption after 1-2 weeks of monitoring their drinking, prior to randomisation to nalmefene or placebo. This is not necessarily a problem in itself (after all, some medications may only work for some people), but it does raise a red flag because these analyses were post-hoc rather than planned before data collection started.

Third, the existing RCTs only compared nalmefene with placebo. However, nalmefene has a very similar biochemical profile to naltrexone, another opioid antagonist drug that is generic (and therefore cheap), already licensed for the treatment of alcohol dependence, and is recommended by NICE for this purpose. Indeed, the absence of this comparative data was highlighted by the German equivalent of NICE. 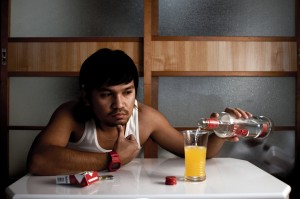 This evidence brings into question the safety and efficacy of nalmefene in reducing alcohol consumption in those with alcohol dependence.

The findings from the Palpacuer meta-analysis are clear: the beneficial effects of nalmefene (versus placebo) on alcohol consumption do not appear to be robust. One could argue that the analysis that they applied to correct for study dropouts is too conservative but, even without this correction, the effect size for nalmefene was small.

One of Fitzgerald et al.’s observations is that the industry-funded trials of nalmefene emphasised findings from sub-groups of participants who did NOT reduce their drinking after 1-2 weeks of simply monitoring how much they drank. At face value this was reasonable because findings from trials of other treatments have shown that problem drinkers tend to reduce their alcohol consumption as soon as they start to monitor it, and this drop in alcohol consumption could obscure any beneficial effects of medication over placebo. Indeed, the power of simply monitoring one’s own drinking behaviour, and of the placebo effect and ‘non-specific’ responses to treatment, are very important topics for further study. But, importantly, the problem with the industry trials is that the decision to focus on these sub-groups may have been made after results were known, rather than in advance of data collection starting. As Fitzgerald and colleagues note, “(this) post-hoc sample refinement should not be regarded as anything other than hypothesis-generating”. In other words, these post-hoc data from subgroups of patients should have been followed up with an additional clinical trial in which the effect of nalmefene in this specific population was evaluated. To my knowledge, no such trial has been conducted.

These subgroup analyses are particularly important because they appear to have influenced the decisions of the EMA and NICE to license and recommend the drug, respectively. For example, the wording of the EMA approval and NICE guidance makes it clear that nalmefene should only be offered to alcohol-dependent patients who do not spontaneously reduce their drinking two weeks after assessment.

Finally, although nalmefene may bring about a small reduction in alcohol consumption in at least some people with alcohol dependence, we don’t know if the drug is better than a similar generic (and therefore cheaper) drug that is already recommended for the treatment of alcohol dependence. We also don’t know if nalmefene would help people to reduce their drinking if combined with (or directly compared with) an appropriate psychosocial intervention.

In conclusion, alcohol dependence is very difficult to treat and there is an urgent requirement for novel treatments that are more effective than those that are currently available. Unfortunately the findings from RCTs of nalmefene are not particularly compelling, and further trials are required to determine if the drug should have been recommended by NICE and the EMA for the treatment of alcohol dependence.