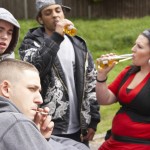 More young people are overcoming their problems with drug and alcohol misuse than ever before, according to the latest statistics for England released by the National Treatment Agency for Substance Misuse (NTA). 75% (10,507) of under-18s leaving drug and alcohol services last year successfully completed their programmes, compared to 48% (4,105) five years ago.

The NTA said the rise showed that young people were increasingly responding to specialist treatment before problematic drug and alcohol habits became entrenched. New data released for the first time showed that the majority of youngsters needing help for substance misuse also have other emotional or social problems, such as self-harming, offending or not in education, employment or training (NEET).

The national statistics and trends show that:

Any substance misuse among young people is a cause for concern. The good news is that if young people need help they can get it quickly, before their use is entrenched, and they respond particularly well to drug and alcohol programmes.

Three-quarters of those leaving last year successfully completed a treatment programme, which is a big improvement from under half five years ago. Surveys show that fewer young people are using drugs, but services are getting better for those who do have problems, and outcomes are improving.

It is also encouraging that the number needing help for Class A drugs particularly heroin, continues to fall. The advent of new substances like mephedrone shows that services need to be ready to respond to changing needs, but fortunately the numbers needing specialist interventions remain low.