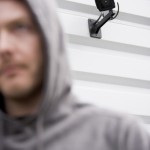 It is estimated that between 10% (Gunn 1991) and 39% (Brooke 1996) of prisoners in the UK are dependent on illicit drugs; and that 14.5% of male and 31% of female prisoners have serious mental health problems (Steadman 2009). Drug use can be associated with many health, social and criminological consequences; and when mental health problems coexist with drug use, treatment and rehabilitation can be particularly challenging.

A recent series of 4 Cochrane reviews aimed to establish ‘what works’ in reducing drug use and criminal activity amongst drug-using offenders. Here I blog about 2 of these reviews; the first of which aimed to establish the effectiveness of pharmacological interventions for drug-using offenders (Perry et al, 2013); and the second the effectiveness of interventions for drug using offenders with co-occurring mental health problems (Perry et al, 2014).

To identify relevant research trials for the two reviews the authors searched electronic databases and the Internet, examined reference lists and contacted experts in the field.

The review for drug using offenders with co-occurring mental health problems included 5 RCTs with 1,502 participants. These compared either case management via a mental health drugs court, a therapeutic community or motivational interviewing and cognitive skills training to a control group.

The main outcomes for each review were drug use and criminal activity; with additional questions looking for any differences across treatment settings (i.e. community or secure) and the type of intervention.

Does the intervention reduce drug use?

Does the intervention reduce criminal activity?

Does the treatment setting affect the outcome of the intervention?

Does the type of treatment affect the outcome?

Does one form of treatment perform better than another?

Overall, these reviews suggest that drug therapies may be successful in reducing illicit drug use and (to a lesser extent) criminal activity

As is reported in many of these reviews, caution should be taken when interpreting the findings as there is a high risk of bias. Although all trials were randomised, the limited number of studies were generally poorly described, used small samples, were unclear in descriptions of blinding procedures and presented high drop-out rates. The review of treatment for drug-using offenders with co-occurring mental health problems in particular included trials that provided very little information and that had a high degree of variation. Here there was a lack of trials covering different treatment options, all RCTs were from the US, and identification of mental health problems was often poorly described.

The review suggests that overall pharmacological interventions may be successful in reducing illicit drug use and, to a lesser extent, criminal activity amongst drug-using offenders. The results however appear to be less clear when broken down by treatment setting or intervention type.

For offenders with mental health problems the interventions were not found to reduce self-reported drug use, although some evidence suggests that they may reduce rates of re-incarceration (but not re-arrests).

In relation to the measurement of criminal activity, it has been argued that treatment may not necessarily lead to less involvement with the criminal justice system (i.e. re-incarcerated or not), but that the severity of offences may decrease following treatment (Sacks 2011). This may therefore have been a more appropriate measure of criminal activity.

Due to the limitations described above these conclusions are sketchy and larger trials taking these issues into consideration are needed.