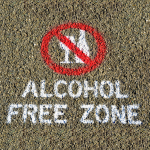 Alcohol brief interventions (ABIs) provide structured advice on alcohol use. They involve an assessment of individual risk with feedback and advice, brief motivational interviewing, or a combination of these techniques.

While the Government’s Alcohol Strategy (HM Government, 2012) recommends that ABIs be implemented increasingly in primary care settings and accident and emergency (A&E) departments, the National Institute for Health and Care Excellence (NICE) calls for alcohol brief interventions to be offered by a range of practitioners and in a range of different settings. 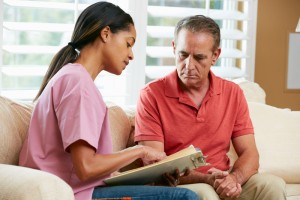 Studies were peer-reviewed randomised controlled trials (RCTs) where participants were randomly allocated to a control group (such as treatment as usual) or a group which received an alcohol brief intervention.

Brief interventions were defined as person-to-person discussions on alcohol, with between 1 and 4 sessions and a total of 2 hours intervention time. ABIs which were delivered in groups or via a computer were excluded as were those which included participants with complex health problems where it is difficult to generalise findings to the general population.

The primary outcome measure was a quantitative continuous measure of total alcohol consumption, reported as the standardised mean difference between ABI group and control group measured at follow-up. The authors also examined how ABIs influenced the frequency of alcohol consumption.

Different types of setting, provider and content were examined and these are shown (along with the number of studies in each category) in the Results section below.

50 studies were included in the analyses, with 29,891 individuals contributing data. 45% of studies were conducted in the USA and 22% in the UK.

The percentage of studies which examined alcohol brief interventions with different types of content, providers and settings are shown below:

The overall impact of ABIs as compared with control conditions

ABIs reduced alcohol consumption by -0.15 SDs (95% confidence interval (CI) = -0.20 to -0.10) a result the authors describe as a ‘small but statistically significant effect’. However, the extent to which this is clinically meaningful is less clear.

Note: The authors present the effect sizes as SDs because they have summarised their data as standardised mean differences. This method is used when included studies all assess the same outcome, but measure it in a variety of ways. Although this makes sense statistically, it does make understanding how important these effects are clinically a little more difficult.

The authors found that this effect persisted after controlling for covariates and when conducting sensitivity analyses. The studies included in this analysis were found to have a small to medium level of heterogeneity (I2 = 37%; this figure is the percentage of variation between trials which is due to actual variation between studies as opposed to variation due to chance. A small I2 value means that the majority of the differences observed between studies was due to chance).

Splitting studies by ABI provider was not found to reduce the heterogeneity between studies (I2 = 34%).

ABIs delivered by a range of different providers or by peers were not found to be effective at reducing amount consumed or frequency of consumption (although it’s important to note that very few studies were included in these categories).

There was evidence that interventions delivered by counselors, physicians and nurses were effective, with those delivered by nurses the most effective (-0.23 SDs amount consumed, 95% CI = -0.33 to -0.13).

Splitting studies by ABI setting didn’t reduce the heterogeneity between studies (I2 = 34%).

There was no evidence that ABIs delivered in hospital inpatient services and in community settings were effective in reducing either amount or frequency of alcohol consumed.

Interventions delivered in A&E, ambulatory care settings and in universities were found to reduce alcohol both amount and frequency of alcohol consumed. 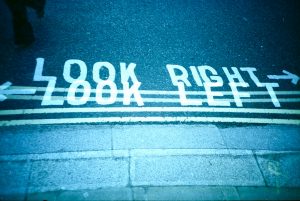 This review suggests that alcohol brief interventions have a ‘small but statistically significant effect’, but it’s unclear whether or not this is clinically meaningful.

The authors conclude that their study provides:

important new evidence on how the effectiveness of brief alcohol interventions differs by setting, provider and content.

While this analysis does show that ABIs reduce amount of alcohol consumed and frequency of consumption, the size of this effect is small. It will be important to determine to what extent this is a clinically meaningful effect.

Although the authors claim that their findings suggest that the “provider of interventions may matter” (with nurses providing the best results) there is only weak evidence for this. As the categorisation of studies by provider (and setting and content for that matter) didn’t really have any impact on the heterogeneity (as measured by I2) between studies, there is little evidence that the effectiveness of ABIs differed meaningfully across providers. 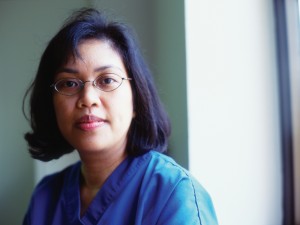 Interventions delivered by nurses appeared the most effective, although further work is needed to confirm this finding.

As the authors used a multi-level meta-analysis, they were able to include all relevant outcomes into their analysis, rather than just picking one outcome (and consequently having to exclude studies which did not assess this outcome). This is also likely to have reduced study level heterogeneity.

As the authors were interested in the difference in effectiveness of a range of different ABI settings, providers and contents, the number of studies included within each of these categories was small. This makes drawing firm conclusions regarding the effectiveness of particular forms of ABIs difficult.

Given that there is little evidence to suggest that the effectiveness of alcohol brief interventions differs meaningfully according to setting, provider or content, the authors do note that this indicates that resources should be allocated to those settings, providers and contents where ABIs are likely to be most cost-effective and feasible.

For example, A&E may not be the best setting for ABIs given the lack of privacy, the brevity of the visit and the fact that the patient is likely to be suffering from a severe injury at the time.

Nurses are likely to be well placed to provide ABIs given their repeated contact with patients, although appropriate training should be provided to nurses so that they can embed these practices into their care. 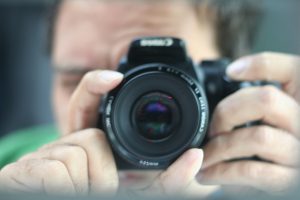 Focusing on interventions that are feasible and cost-effective seems like the biggest practical advice from this evidence.