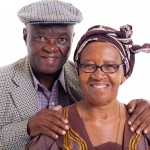 Ethnic minority populations are disproportionately affected by chronic diseases, including those caused by smoking (ASH, 2011). For example, in the United States African-Americans have a significantly higher smoking-attributable mortality, and double the potential life years lost, compared with European-Americans. This may be in part due to lower rates of smoking cessation and poorer response to smoking cessation interventions, among ethnic minority groups. In general, different ethnic groups show different patterns of smoking, smoking cessation and treatment response.

A recent review (Liu et al, 2013) evaluated the studies of smoking cessation programmes adapted to account for specific patterns of smoking, smoking cessation and treatment response in ethnic minority populations (including African-, Chinese- and South Asian-origin populations) residing in Western countries (e.g., the United States, the United Kingdom) where they represent a minority population. The review focused on evidence of the acceptability and effectiveness of these programmes, and the approaches used for adaptation.

In total, 28 studies described in 40 papers were included, all of which were based in the United States. In the majority of cases (23 studies) the interventions were adapted for African-Americans. Most (19 studies) were randomized or controlled clinical trials, and the majority of the remainder (7 studies) used other designs such as cohort or pre-/post- experimental design. The remaining 2 studies were observational. Quality was assessed as strong for 10 studies, moderate for 11 studies and weak or not applicable for the remaining 7 studies. Perhaps unsurprisingly, culturally adapted materials were found to be more acceptable to people

This study provides some evidence that adapting smoking cessation interventions to meet the needs of ethnic minority populations may be valuable, and is achievable. The nature of the adaptations can vary, from simply using pictures that reflect the ethnic population targeted, through to developing materials that capture the population’s cultural values. Clearly some approaches will entail more effort than others, but anything which improves the uptake and success of smoking cessation interventions in ethnic minority groups will be valuable.

However, there are some limitations to the conclusions that can be drawn from this literature, as the authors note.

Ultimately, almost any intervention that improves smoking cessation rates, even marginally, is likely to be cost-effective (Stapleton, 2001) because of the enormous health burden associated with smoking. It’s therefore worth considering whether tailored materials should be offered even in the absence of a clear evidence base – in other words, whether we should offer what has been described as a “culturally-competent healthcare system” (Anderson et al, 2003). In an era where materials are often produced in multiple languages to cater for ethnic minority groups (the NHS already offers translator and interpreter services, for example) it seems like a small additional step to tailor these further by including appropriate imagery and, where possible, matching these to different cultural values. To what extent should we be adapting smoking cessation materials to meet the needs of an ethnically diverse population?

ASH. Smoking statistics: who smokes and how much? (PDF) Action on Smoking and Health fact sheet, Oct 2013.