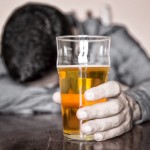 It is well known that alcohol use disorders can cause a lot of harm to the individual and to others around them. Despite this, the treatment of alcohol use disorders still proves to be highly challenging. Many have attempted to test a range of psychological and pharmacological treatment, or a combination of the two, in an attempt to establish what works with this client group.

A small number of medications to treat alcohol use disorders have emerged over the years, first disulfiram and more recently naltrexone and acamprosate. Each of these is approved by the FDA and are generally recommended for maintenance of abstinence; however they are all reportedly considerably underused (Harris, Kivlahan, Bowe et al. 2010; Harris, Oliva, Bowe et al. 2012). This may be due to a lack of familiarity with the medications or lack of confidence in their effectiveness.

In response to this, the authors of a recent meta-analysis published in JAMA, aimed to locate research studies that have evaluated medications for reducing alcohol use and improving health outcomes for adults with alcohol use disorders, and use these to determine the efficacy of such medications.

The authors located relevant studies through searching a number of databases, reference lists and sources for unpublished work. They were looking for studies that assessed the outcomes of alcohol consumption, motor vehicle crashes, injuries, quality of life, function, mortality and harm. The meta-analysis included 122 randomised control trials and 1 prospective cohort study, with a total of 22,803 participants. Most studies assessed acamprosate (27 studies, n = 7519), naltrexone (53 studies, n = 9140) or both, with a few exceptions. This study included a whopping 122 RCTs, so thanks are due to the systematic reviewers who read and summarised those trials so you don’t have to

Stereotypical national costumes aside, 12 people would need to be treated with acamprosate to prevent 1 person from returning to any drinking

The results suggest that, when used in conjunction with psychosocial interventions, medication can result in better alcohol consumption outcomes for people with alcohol use disorders. Both acamprosate and oral naltrexone were associated with a reduction in return to drinking, and a direct comparison of the two suggests that there is no difference between them in relation to the outcomes. There may also be some early evidence to support the use of nalmefene and topiramate, although very few studies focused on these particular medications.

The review focused on identifying the benefits and harms of medication and how the medications compare with each other. These results reflect any added benefit beyond those of psychosocial interventions, however there is no assessment of how medications and psychosocial interventions compare with each other, or combinations that may be particularly effective, which may have been helpful but perhaps beyond the scope of this review.

Furthermore, most studies required patients to abstain for at least a few days prior to initiating medication; however others found reduced drinking amongst participants who were not abstinent. It may therefore be useful to assess the benefits of medication for patients without a goal of abstinence. And finally, given the costs associated with alcohol use disorders, it would make sense for studies to be measuring health costs as standard, particularly as this evidence appears to be lacking from the studies included in the review.