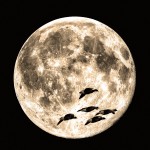 The promising results of this soundly designed and well executed study deserve further consideration. Indeed, the authors are continuing with a larger study themselves and we can hopefully anticipate continued scientific rigour in a statistically more powerful study, which may lead to treatment improvements that significantly raise the quality of life for those suffering disturbed sleep alongside psychotic episodes.

Given the impact that disturbed and disordered sleep have on mental health, and the common co-morbidity of psychosis with sleep disorders, it seems surprising that no RCTs have been conducted to look at insomnia therapies for people with psychotic disorders. Although the authors conducted what seems to be a limited literature search, only using PubMed and the ISRCTN trial registry, my brief Google Scholar and Medline searches did not spring up any hidden gems. Baglioni & Riemann (2012) provide a brief summary of the mental health conditions where CBT for insomnia has been trialled as an additional treatment, but psychotic disorders are notably absent.

Several members of the author group had already carried out a smaller scale case series investigation of CBT for insomnia with fifteen people with delusions (Myers, Startup & Freeman, 2011).

The authors wanted to see if adding a CBT treatment for insomnia with proven clinical effectiveness would be efficacious for people with psychosis, and whether the additional CBT would provide more improvements in psychotic symptoms when compared to standard therapy. If these first two objectives were achieved, the authors hoped to see maintained levels of improvement at three months. It is not clear why three months was chosen as an appropriate time period for maintenance. 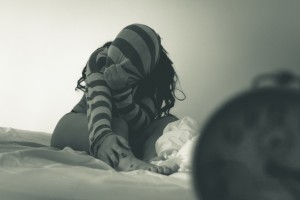 Sleep problems are common in psychosis, but studies of insomnia therapies for people with psychotic disorders are very thin on the ground.

The authors conducted the pilot as an intent-to-treat study, deliberately thinking about real-world generalisability and applicability (whether participants had good or poor treatment adherence, for example). Their sample was made of individuals with a schizophrenia or schizoaffective disorder diagnosis with a delusion or hallucination that had been present for at least three months causing distress rated as 2 or greater on the PSYRATS. Whilst this clinical profile evidently leads to a sample of people with active psychotic symptoms, it is not clear why consideration was not given to the frequency and loudness dimensions of the PSYRATS, since it is possible that these aspects of psychotic symptoms might be altered by sleep improvements. Participants also needed to be reporting moderate to high severity in sleep for a month or longer. The control and insomnia-treatment groups were balanced in terms of sex, psychosis and insomnia symptom levels.

A manualised CBT intervention was developed by the research team from other sources. The treatment period was 12 weeks, with a follow-up measurement appointment at 24 weeks. Insomnia group participants received at least four, and preferably eight, sessions of CBT for insomnia; the standard care is not described beyond it following national guidelines. Actigraphy was conducted to look at sleep times and quality. A substantial number of secondary outcome measures were conducted alongside the ISI and PSYRATS at the start, 12 week and 24 week time-points. 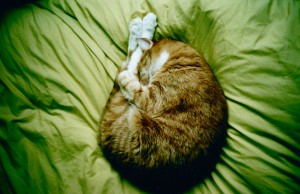 Where they will go next?

The authors are careful in their analysis, given the small study size and the exploratory nature of conducting a pilot, although they clearly feel that the results support continuing on to a larger trial. They will be using the experience to tweak the manualised sleep treatment for each individual. It is clear that measuring psychotic symptoms as a means of comparing two groups can be challenging, since individual experiences of psychosis vary so widely, but the authors will hope that having a larger sample will help to mitigate some of the problems of variance within each group.

The use of an actigraphy approach was seen as not ideal by participants nor the authors, but there are few ways of accurately measuring sleep timings that would be feasible in such a study. The suggestion of using actigraphy data in different ways is tentatively made and it will be interesting to see how the authors move forward with this in the larger study.

Quality of the research

This is a thoughtfully designed second-stage pilot study, presented as exploratory and as a learning exercise for a larger goal. Despite having generated some findings that would grab a headline, the authors commendably remain low-key and measured about their results. The paper is written clearly and accessibly for clinicians and academics alike. 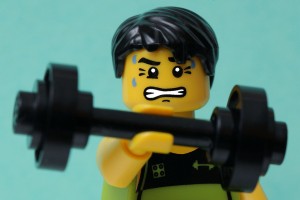 A more powerful RCT is now needed to reproduce these results in a reliable way, before this evidence can have an impact on practice.