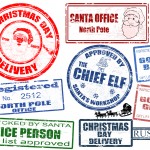 It is certainly the season for elves. Great news, therefore, that the Social Care Elf has arrived to join in the festive fun, helping to build connections between research, practice and policy discussion. This may be the newest Elf, but we all hope that it will share many characteristics with its older brothers and sisters: busy and practical like Santa’s colourful little helpers; fair and wise like those graceful elvish characters in the latest Hobbit movie.

The Social Care Elf sprung into life on 26 November, formally ‘launched’ (if that is how elves arrive) at an event at the Stationers’ Hall in London. It was an appropriate location. The Hall is owned by the Guild (or Company) of Stationers, which was set up in 1403. The Guild brought together booksellers who copied and sold manuscript books and writing materials, and limners who decorated and illustrated them. Printers joined them a hundred years later. So there we all were, many centuries later, launching an exciting new means of communication in the home of some of Britain’s first mass communicators. Even elves need to have parents, and the Social Care Elf’s genealogy needs explaining.

The idea for some kind of digital tool to support knowledge exchange in social care surfaced during work that Anji Mehta, George Julian, myself and others were doing as part of the Social Care Evidence in Practice (SCEiP) project, and also through our activities in the NIHR School for Social Care Research.

SCEiP was funded by LSE – where we all work – to explore ways to improve the translation of research evidence into practice (which you might have already guessed from the project title). Led with inspirational zeal by Anji, SCEiP has run many activities and explored many media, among them conferences and unconferences, seminars and webinars, blogs and video-blogs, comic books and infographics.

SSCR is a national ‘School’ set up and funded by NIHR (National Institute for Health Research – the research part of the NHS), and I have been its Director since it was established in 2009. The mission given to SSCR by NIHR was to commission, conduct and use research to improve adult social care practice in England. Impact was therefore an obvious and central objective.

At our various SCEiP and SSCR events – and through our various impact channels – many social care practitioners, managers and ‘officials’ were telling us that they wanted short, accessible, understandable, relevant research information. Usually they wanted that information to be readily available when they needed it. They believed (or at least they hoped) that there was research ‘out there somewhere’ to inform their day-to-day decision-making. And if the evidence wasn’t there already, then they wanted some way to help to shape new research to generate the evidence later.

The idea of a social care research blog and app started to form in our SCEiP/SSCR-supported minds. (I say ‘our’ rather grandly. This is the ‘royal our’: I was present when this and related ideas were discussed, but the ideas didn’t come from me.)

It soon became obvious that the best strategy was to get into bed with the National Elf Service, although now I’m worrying that ‘parentage’ may have been an inadvisable metaphor for this blog! In fact, Andre Tomlin – like some latter day Angel Gabriel, maybe – was immediately enthusiastic when Anji approached him, particularly because he’d been having similar thoughts for a while about adding social care to the other online resources of his National Elf Service, like the Mental Elf.

And so the Social Care Elf was…er…conceived…and born not in a stable but a Stationer’s Hall. What hopes do we have for the Social Care Elf? Like many pushy parents, we want our offspring to be a high achiever. We want the Elf to help to get the best and most relevant evidence to those working in social care so they can use it in ways that have an impact on services and on people’s lives.

But if evidence from research is to be used to inform discussion and thinking, then we need a good understanding of what those ‘users’ need and want. Here at the Social Care Elf we would therefore like to take advantage of your festive goodwill and ask you a few questions. We have listed a few questions below, and we would really like to hear (read) your responses. Some are scene-setting, and some ask about the kinds of research you would find useful. Some ask for suggestions of ways to improve research ‘translation’.

Please feel free to answer as many or as few of these questions as you like.

To adapt that well-worn festive cliché, we hope that the Social Care Elf is for life, and not just for Christmas. If we are to get the most out of it we would really like to hear from you. Open it! Open it!

Seasonal greetings to one and all – whether elf, human or other species… Yes, it’s a Christmas kitten. Well this is the internet. Designed to share knowledge. And pictures of kittens.