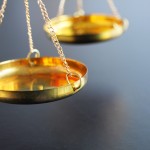 This new systematic review looks at the effectiveness and safety of aripripazole, one of the newer antipsychotics, in comparison with placebo for people with schizophrenia and schizophrenia-like psychoses.

The reviewers conducted a systematic search and found 9 randomised controlled trials including a total of 2,585 people to include in their review. The quality of the included studies was poor as many of them had high drop out rates, which made it impossible to measure many of the important outcomes.

The results that were collected showed:

The authors wrote this summary of the review:

Schizophrenia is one of the major psychiatric disorders; it affects individuals’ thinking, perception, affect and behaviour. It can occur in around 1% of the population.

Aripiprazole is one of the newer antipsychotic medications introduced for the treatment of schizophrenia. When compared with placebo, people taking aripiprazole had fewer relapses, smaller numbers of participants left study early, and needed less additional antipsychotic medications. Insomnia and headache were the most commonly reported side effects, but were not much difference to placebo. Side effects such as akathisia, nausea and weight gain occurred more in the aripripazole group as compared to placebo.

There has been a worry with newer antipsychotic medications and their effect on conductance problems in the heart, impaired glucose levels and excessive production of prolactin (which can cause unpleasant breast pain and secretion). On the limited evidence available (due to participants leaving early and fewer studies) aripiprazole appears to have a similar effect to that of placebo.

The overall finding on its efficacy in treating schizophrenia is unchanged from those found in the original review.